It’s been called the environmental issue of our century, however there are concrete steps we can take to shore up water insecurity and better use – and reuse – this precious resource.

You turn it on. It comes out. Clean water from the tap. Unfortunately, that’s not the reality for a lot of people today. According to the U.N., water scarcity affects four out of every 10 people and by 2025 they expect 1.8 billion people to be living in countries or regions with absolute water scarcity. Unchecked, the inevitable result of this situation is more conflict and emigration.

The causes stem from population growth, environmental degradation and the impacts of climate change, which leads to severe drought and flooding. Likewise, a lot of water is used to excess and often not recycled.

Ironically, drought and lack of water infrastructure are factors driving people to cities, particularly megacities, where populations can swell into the tens of millions. However, while urbanization is providing billions of people with greater economic opportunities, if planning and infrastructure are missing or deteriorated, people often live with inadequate or even non-existent water and sanitation services. The U.N. estimates that 80 percent of the world’s wastewater flows back into the ecosystem without being treated or reused and that 3.6 million people die each year globally from water-related diseases – 84 percent of whom are children. 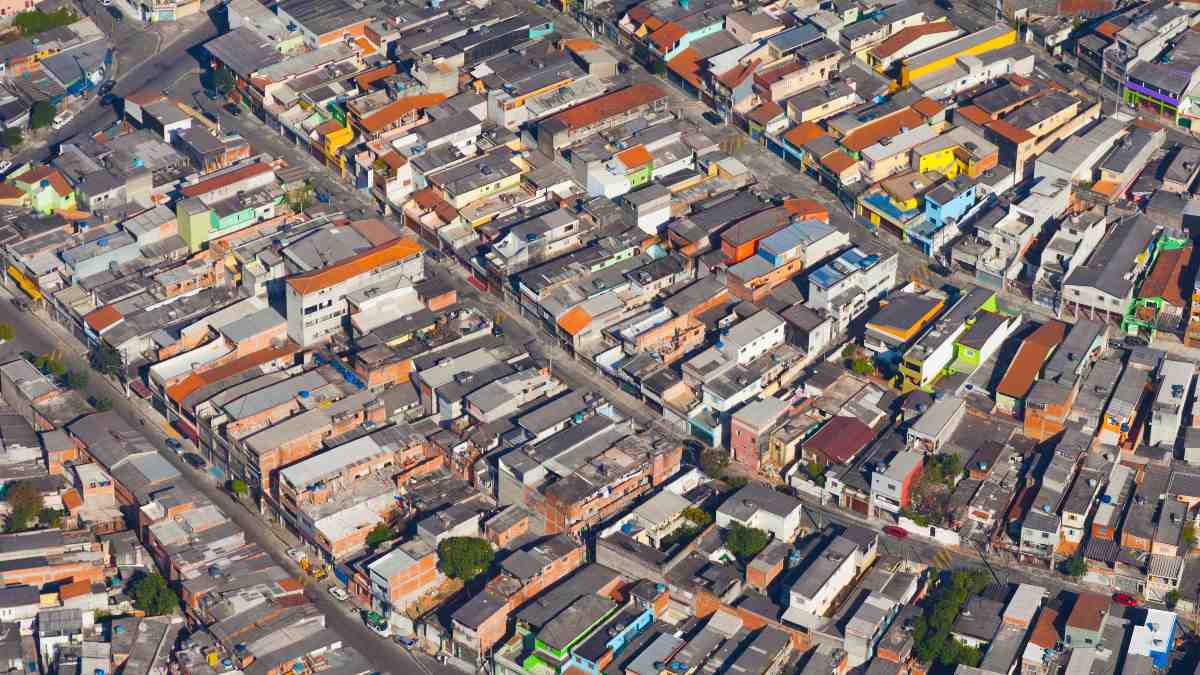 In India, about 30 percent of people live in cities where populations are expected to double by 2050. This puts intense pressure on already “water stressed” municipalities, many of which are unable to provide regular water supply. The situation is exasperated by surface water pollution and illegal withdrawals from unsanctioned boreholes. Today, 60 percent of irrigated agriculture and 85 percent of domestic water use in India depends on groundwater, which is now severely depleted.

Infrastructure and financing are significant challenges for Indian cities. Several lack sewer networks for capturing wastewater and the financial capital to run a wastewater treatment plant. Of the sludge captured and dewatered, most is sent to landfills, rather than being sold or put to use to enrich the much-depleted soil. Also, much of India’s electricity production depends on the extensive use of fresh water for cooling at its thermal power generation plants. When water supply is too low, the power shuts off, which has knock-on effects across the entire economy. However, the situation should improve as India transitions to renewables.

The Indian government and several of its municipalities have reached out to the global community for support and expertise to address water and wastewater issues. Given its state-of-the-art centrifuge technology, GEA has supplied numerous biosolids decanters as part of wastewater treatment plants in Bengaluru, Surat, Mumbai and Varanasi. Likewise, several GEA decanters will be hard at work in the city of Gayespur, near Calcutta, and in the northern state of Uttar Pradesh as part of the effort to clean up the Ganges River.

“We’re proud to be involved in this historic effort to bring about positive change in India,” says Dinesh Gehani, Regional Product Sales Manager for GEA APAC. “To date, more than 230 GEA environmental Decanters have been sold for industrial effluent and municipal sewage – many of them performing beyond the agreed KPIs. Likewise, the equipment and solutions, which are based on GEA global engineering standards, are being produced in India – which includes installation, maintenance and repairs – providing local, high-skilled jobs.”

More than 230 GEA environmental Decanters have been sold for industrial effluent and municipal sewage – many of them performing beyond the agreed KPIs.”- Dinesh Gehani, Regional Product Sales Manager, GEA APAC

Industrialization and GDP are not a safeguard against issues related to water quality and security. The Republic of Ireland, for example, is one of the top ten wealthiest countries in the world; unfortunately, its water supply and wastewater disposal system had not kept up with increasing demand and stringent EU guidelines. In 2015, national water utility company Irish Water adopted a six-year plan to improve its existing wastewater plants and increase capacity – both key given their expectation that wastewater sludge will increase by more than 80 percent by 2040.

Irish Water opted for a green treatment solution using the Nereda® process, for which GEA is the world’s first preferred supplier. The wastewater, purified by bacteria, produces compact granulates with outstanding settling properties. As a result, the new Irish Water plants are highly efficient and require only a small footprint. Energy savings are up by 40 percent – a major contributor being GEA’s final sludge dewatering technology which was adapted to accommodate Nereda® specifications, reducing operating costs by producing sludge that is 10 to 15 percent drier and therefore less expensive to transport or reuse. In Ireland, most sludge is used as agricultural fertilizer.

In 2018, the European Environmental Agency (EEA) published a report assessing the status of and the pressures faced, based on data collected from 2010 to 2015. The report indicates that only 40 percent of the lakes, rivers, estuaries and coastal waters studied in Europe met ecological standards, with only 38 percent meeting chemical pollution standards. 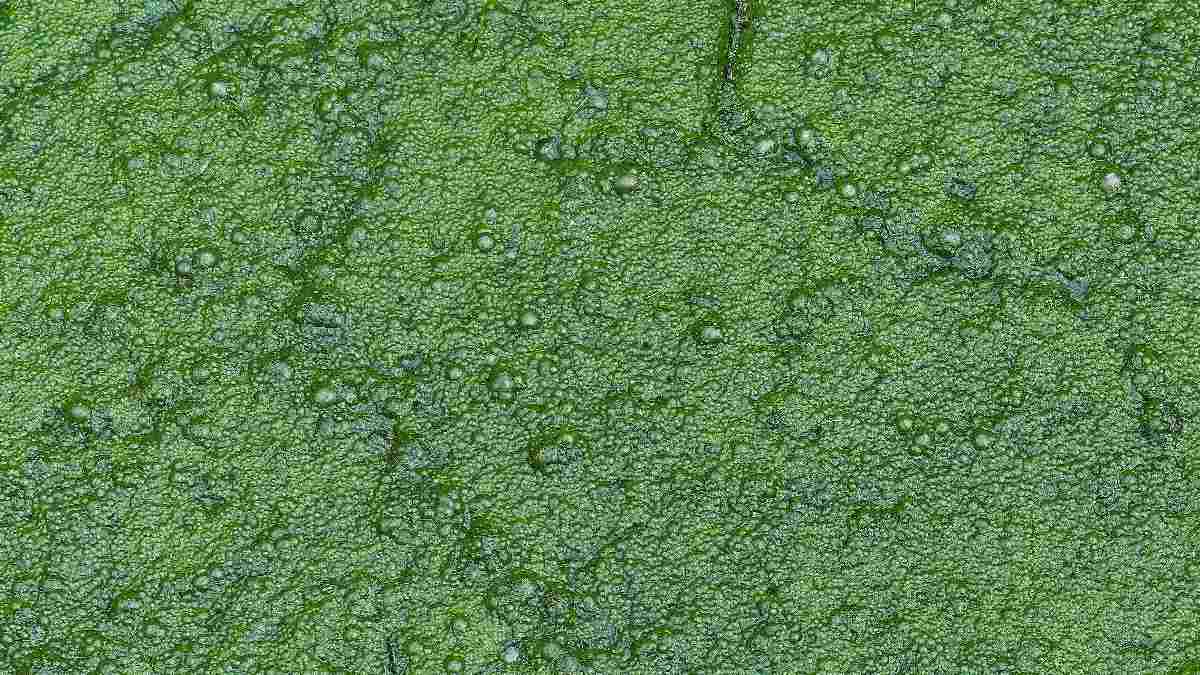 Countries with higher population densities, more intensive agriculture and industry, including Germany, the Netherlands and Belgium, have the most work to do to improve their waters, according to the data. The EU members have agreed to several actions, including making more barriers passable for migrating fish and restoring degraded aquatic ecosystems. To reduce pollution, water treatment will continue to play a critical role, including upgrading wastewater treatment facilities and infrastructure maintenance.

Aiming for zero in industry

In Mexico, saving water isn’t just a nice-to-have – it’s become an absolute necessity. The country is heavily dependent on underground aquifers and needs to update much of its water infrastructure. Yet somehow, against this patchwork of challenges, the show must go on. The dairy processing sector in Mexico – and globally – is playing a pioneering role in becoming water neutral. Given that milk is approximately 85 percent water, there is huge potential when turning milk into powder to recover the water to meet most – if not all – of the water demands of the milk processing plant, which means reduced freshwater demand and waste discharge.

A major global food manufacturer and GEA customer installed the first-ever zero water dairy processing plant in Lagos de Moreno, Mexico, where the water is recovered using reverse osmosis, delivering a savings of 1.6 million liters of water per year. Depending on the end-use, the recycled water can be further treated and purified to meet World Health Organization standards for potable water and then employed in various dairy plant processes, including final flushing; tank and pipework cleaning and even as an ingredient in the finished product. Water that is minimally treated is used to water gardens or flush toilets.

In addition to getting the most out of water resources, industry must also comply with ever-stricter regulations, particularly when it comes to managing effluents. In 2018, GEA was brought into design and build a zero liquid discharge (ZLD) wastewater treatment plant for a power plant in Ciudad Juárez, Mexico. The system converts salt-laden wastewater into pure water for internal recycling and dry solids for disposal, all with high-energy efficiency and minimum labor requirements. This system ensures less salt ends up in our waters, reduces the customer’s own water acquisition costs and risks, as well as overall CO2 footprint by reducing transportation costs for water and waste hauling.

When it comes to rectifying our global water situation, both nature-based and human-built solutions are required. In places like the drought-stricken Tigray region of northern Ethiopia and Rajasthan state in India, entire communities have come together to solve their water challenges. People have returned. Water is flowing. Trees, grasses and crops are flourishing again, and groundwater is regenerating thanks to land restoration projects, improved farming and grazing methods and smart water management.

Another lighthouse is Singapore, which has also taken a holistic approach to water resource management to overcome its once precarious water situation. Thanks in part to GEA technologies for sludge dewatering and sludge thickening, Singapore’s Changi water reclamation plant, the world’s largest, is able to return much of its former wastewater back into the ocean or a nearby lake from which potable water is generated for people and for industries requiring high purity water.

Although very different in their approaches, both cases show that even the near impossible can be achieved when people work together. 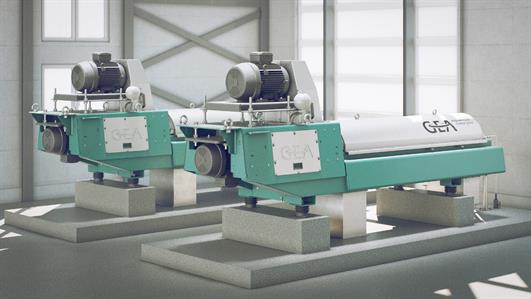 Used by municipalities, industry and agriculture, GEA decanters play a critical role in efficient wastewater treatment, separating the accrued sludge into solids and reusable water. Their high dewatering performance means a reduced carryover of solids back to the water treatment system. When further dewatered and concentrated, the remaining sludge is solidified; the dryer the solid, the greater the reduction in volume which lowers disposal costs. The dried sludge can be disposed of, used as fertilizer or sent to a biodigester to produce biogas for electricity generation.

The GEA prime line is well-suited for high volumes and complex sludge dewatering tasks within the municipal, industry and agricultural sectors. The design minimizes the energy required to discharge the sludge, reducing consumption by up to 30 percent. The extremely efficient GEA pro line benefits from a high degree of standardization to promote “plug & play” integration and is ideal for wastewater sludge and biogas recovery.