GEA’s brewing experts have added a new brewhouse size to their range and already found the first buyer – Hungarian craft brewery, MONYO Brewing Co. Based on the popular GEA CRAFT-STAR® Craft Brewhouse XL, the GEA CRAFT-STAR® Craft Brewhouse M has a hot wort capacity of 20 hectoliters per brew. As such, the new unit fills a gap on the market by catering to craft brewers whose businesses are still in their growth phase but don’t want to miss out on the advantages of high-tech equipment. In terms of versatility, efficiency, automation and delivering consistent batch repeatability, the 20-hectoliter brewhouse keeps pace with the larger original. What’s more, customers benefit from GEA’s extraordinarily fast project turnaround.

The new brewhouse is a cost-effective alternative to standard GEA brewing systems without compromising on quality and technology. “Demand for this size of brewhouse has taken off. And, unsurprisingly, the source is customers who want to expand their capacities and place great emphasis on batch consistency. But there are also customers who prefer a smaller plant for conducting research based on scalable results and, for instance, developing recipes,” says Andreas Holleber, who heads the brewery business at GEA. “Successfully scaling down the sophisticated technology typical of large breweries, in which GEA has specialized for decades, into this small format is by no means an easy feat.” In fact, the new unit shares the same strengths as the CRAFT-STAR® XL, which delivers a standard cast-out volume of 40 hectoliters. Both make efficient use of raw materials, achieving an extract yield of up to 98 percent while keeping water and energy consumption low. Thanks to the oversized vessels, external wort boiling and addition of a trub dam, craft brewers have the flexibility to create popular highly hopped beers with an elevated alcohol content.

Even the three-vessel standard configuration has an output of four brews per day. “With two brewing days a week and 45 production weeks annually, you’ve already reached a volume of 7,200 hectoliters of wort a year. Increase brewing to four days a week and you will produce 28,800 hectoliters of beer in the same amount of time,” says product manager Markus Kunz. Since the brewhouse can be expanded to five vessels, each with its own whirlpool, plus an additional wort pre-run tank, it’s even possible to produce twelve brews per day. Using this constellation to brew for four days a week over 45 weeks will generate an impressive 43,000-hectoliter volume of hot wort annually.

For the first buyer of the CRAFT-STAR® M, Budapest-based MONYO Brewing, versatility was a compelling argument in its favor. Led by Ádám Pein and Anti Németh, who earned their brewery one award after another, MONYO is one of the first new-wave breweries in Hungary to pursue their own beer styles rather than following U.S. trends. With their range of 80 beers, the craft brewers from Budapest have built up a loyal customer base that continues to grow. “Time and again, we’ve seen fellow craft brewers grow very quickly,” says Anti Németh, brewer & co-founder of MONYO Brewing. “As a result, they’ve sometimes sacrificed the quality of their beers along the way. We didn’t want to make the same mistake, so we looked for a technology that would ensure the quality and repeatability necessary to sustain healthy growth.” For MONYO, the sophisticated automation offered by the CRAFT-STAR® M was the solution. A fully automatic control system manages the brewing process from end to end, smoothly handling mashing, lautering, wort boiling and trub separation in the whirlpool. Thanks to recipe management, brewing is a precisely repeatable affair. Intuitive visualizations on monitors together with an interactive control panel and optional remote control to allow for further optimization give MONYO complete control over the process. 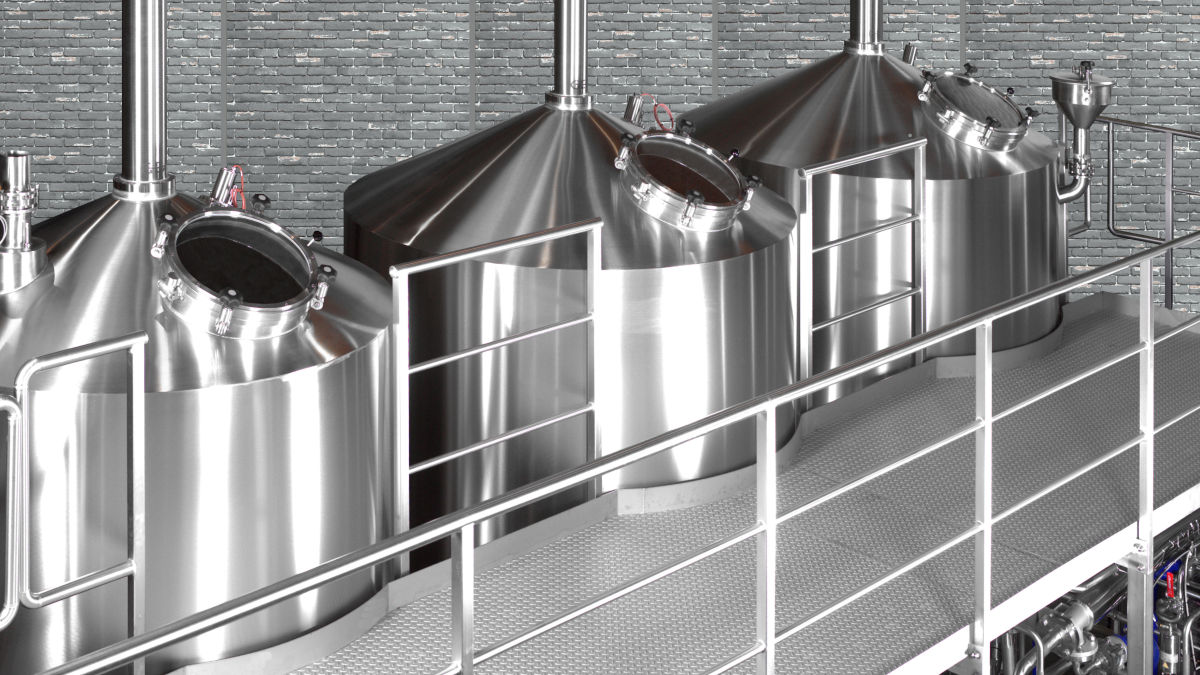 No limits to creativity: The CRAFT-STAR® M achieves an extract yield of up to 98 percent. Customers can choose a cycle of between four and 12 brews per day. The oversized vessels coupled with the carefully conceived fixed piping for the entire brewing system not only allow craft brewers to create highly hopped beers with a high gravity but also give them the flexibility to respond to the most diverse requirements and produce creative beer styles. Image: GEA

“We build the brewhouse in unusually short production lead time. The unit is ready in about six months with a maximum of four more weeks from installation to the first brew. This is an important aspect for budding craft brewers whose investment cycles are tighter than those of established large breweries,” says Kunz. GEA builds and extensively tests the brewhouse at its plant in Kitzingen, Germany, so that it is ready for installation. The skids contain all the necessary pumps, valves and components as well as the control cabinets. All valves and pumps operate automatically. Flanged connections for hot and cold water, steam and condensate as well as for the finished cold wort make hooking up the CRAFT-STAR® M to the brewery’s utilities easy. The skids also serve as an operation platform, complete with stairs and railings.

Markus Kunz is also confident that the low maintenance requirements and intuitive operation will help brewers to quickly recoup their investment. “On request, we can also provide turnkey delivery of a complete brewhouse, assist with building planning and support customers extensively with various service contracts.” GEA additionally provides a variety of complementary cold block processing modules that are precisely tailored to craft brewers’ needs. These range from the GEA Plug & Win centrifuge skids and wort aeration systems, through carbonation units and cold hopping skids, to flash pasteurizers and yeast propagators.