In these uncertain times, we at GEA, a globally active mechanical and plant engineering company, take our role in the fight against the coronavirus – and any other epidemic – very seriously. We’re committed to “engineering for a better world,” and therefore design and build modular plants and fully integrated systems that help bring new treatments to market in the shortest possible time.

In response to the COVID-19 pandemic, the global industrial landscape is changing; and, of all the industries deemed to be “essential,” perhaps none is more important at this time than the global pharmaceutical biotech industry. In this article, Dr. Reimar Gutte, Managing Director/Head of BioPharma Global, GEA, and Dr. Harald Stahl, Head of Innovation & Strategy, GEA Pharma & Healthcare, provide an overview of the current situation regarding the production of vaccines and the industry. 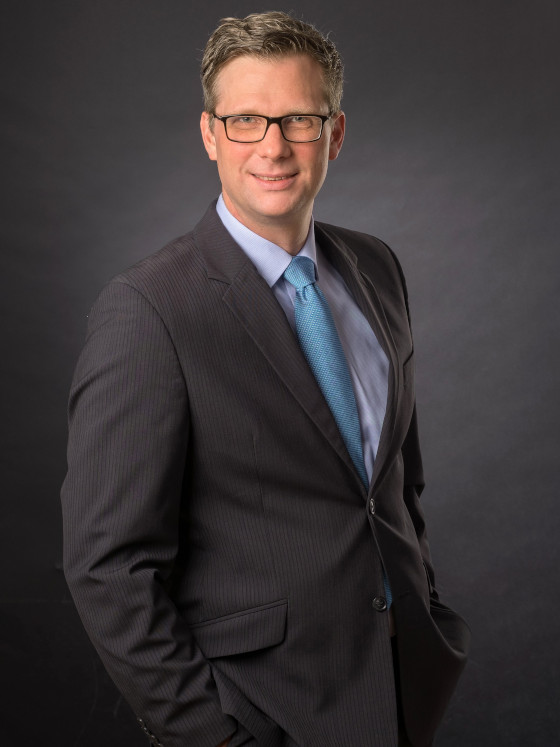 Dr. Reimar Gutte: Drug production and the manufacture of vaccines and active pharmaceutical ingredients (APIs) demands the highest product quality and purity standards, as well as validated manufacturing processes. As a supplier of sterile process plants with many years of experience, GEA can draw upon the comprehensive theoretical knowledge and expertise of its engineers to provide modern, bespoke and cost-effective process lines to manufacture new medicines according to the requirements of international authorities.

COVID-19 may represent the decade of biotechnology, but GEA has a longstanding history in this sector. In fact, we built our first pharma plant back in the 1970s and, since the 1980s, the company has strategically focused on biopharmaceutical applications. 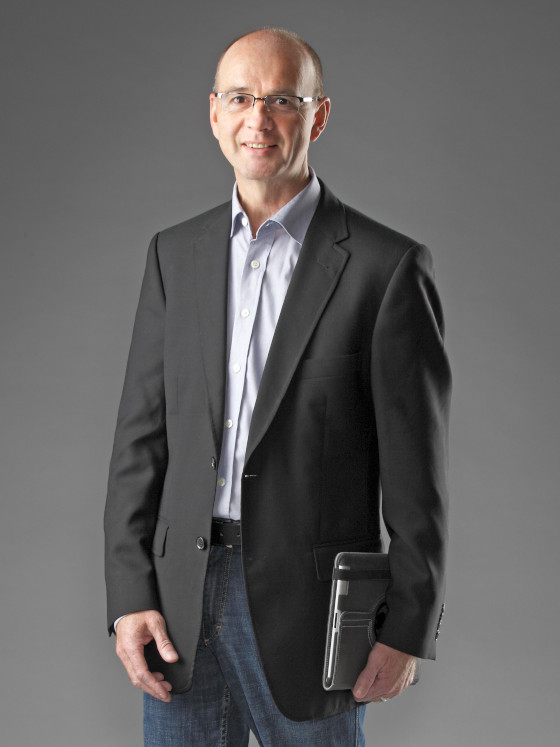 Dr. Harald Stahl: GEA has long had an unparalleled reputation of building the best sterile pharma manufacturing vessels. With the rise of biotechnology at the turn of the century, we began collaborating with partners such as B. Braun and Sartorius, expanding our process capabilities and technical competence to further cement our position as a trusted solution provider to the industry.

A critical factor underlying the success of GEA is its ability to swiftly translate new developments into marketable processes and systems that fully meet the complex requirements of biotechnological procedures. Our unique strength is the ability to combine a wide range of modular technologies and deliver fully integrated end-to-end process lines that meet the extremely high demands of the biotechnology and pharmaceutical industries. From media preparation through to scale-up and both upstream and downstream processing, GEA is a single-source supplier of plant and supplementary services that meet customer needs including automation, integration, testing, FAT, etc.

Now in the 21st century, we can also do this in the virtual world. In situations like now where we have corona travel restrictions, for example, augmented reality and artificial intelligence allow us to present new technologies in a comprehensible way and greatly facilitates the planning and production stages of complex biopharmaceutical plants, enabling clients to visualize their new facility at an early stage and optimize the set-up before it’s built. Having digital access to their installation as a complex 3D avatar before any manufacturing of equipment has even begun, means we’re able to solve unforeseen issues and make changes before delivery – saving both time and money. We also offer remote training, installation support, testing and service.

Q: Given the current focus on getting a vaccine or blood plasma product to market, how would a company benefit from working with GEA?

Dr. Reimar Gutte: We are a key supplier of vaccine and blood fractionation solutions on the market with a high level of process knowledge. Our plants offer gentle product treatment, reliable scale-up and high yields. However, getting a vaccine to commercial-scale production is not an easy task and the amount of effort required and the timelines involved are often underestimated. Small changes in production conditions can have a massive impact on product consistency and functionality. A strictly regulated manufacturing process with in-process and release tests must be used to guarantee the quality, safety and efficacy of the final product.

For classic recombinant organism applications – microbial or animal cells – that express the required antibodies/proteins, we have cutting-edge fermenter trains that improve yield and keep time to market short. We’re also aware of the mRNA approach, which is currently gaining momentum in the industry. Here, the amino acid composition of an antigen is sequenced, duplicated and then administered to the patient, so that the recipient becomes the producer of their own condition-specific antibodies via an antigen-antibody reaction. Of course, the process begins inside a fermenter, although the downstream processing part is slightly different. Regardless the technique used, GEA fundamentally understands these processes, the capabilities of the technologies employed and the engineering required to ensure that they operate at optimum capacity with the least amount of maintenance.

Dr. Harald Stahl: With our systems, we eliminate any issues with between-stage interfaces and have an impressive track record of developing and supplying customer-oriented blood processing and vaccine production technologies – from the planning phase to the construction and automation of turnkey plant and process lines that meet stringent hygienic and regulatory requirements.

Q: When should an interested company start to work with GEA?

Dr. Reimar Gutte: During the development of any vaccine – and before mass production can begin – a large-scale (Phase III) clinical trial must be completed. At the same time, full manufacturing capacity must be ensured, and the production process optimized. Existing production facilities and capacities cannot simply be ramped up or expanded at will. GEA normally becomes involved at the detail or basic engineering stage; we have a number of inquiries under consideration at the moment, including some companies wanting to purchase small-scale fermenters. However, in these unusual times, the central dogma of pharma biotechnology is being set aside on occasion.

Dr. Harald Stahl: At the moment, and nearly on a daily basis, we’ll read that Company X has a new concept for a COVID-19 vaccine. But, of course, once the first dose has been made, it still needs to be tested in Phase I to Phase III clinical trials and go through the regulatory approval process. As we’ve already alluded to, this can take a significant amount of time (the industry standard is approximately five years, although an 18-month fast track timeframe has been suggested for COVID-19). The same is true for anyone considering the installation of large-scale manufacturing equipment. Even if Company X expects to be able to make, say, one billion doses in two years’ time, they would still need to talk to us about designing, building, delivering, installing and testing that plant right now – while the clinical trials are underway.

Traditionally, of course, the pharmaceutical industry adopts a fail fast, fail early approach. So, they may wait until a drug candidate has delivered promising Phase III data before investing in a commercial-scale production facility. Right now, though, the thinking is that we can’t risk delaying the purchase of plant by two years, so the classic approach doesn’t won’t. Pharma needs to fast track! For example, the Bill & Melinda Gates Foundation has publicly stated that it will sponsor manufacturing capacity. After the successful development of a vaccine, large-scale production will be needed immediately. Whatever the source of the vaccine, the technology required will be roughly the same, so they are prepared to fund it now. As such, the established process of waiting for Phase III results to release money and invest in stainless steel has gone out the window.

Q: Where do you see the main markets for GEA’s blood and vaccine technologies?

Dr. Reimar Gutte: I’ve seen some recent data that reports a very broad spectrum of research activities around a COVID-19 vaccine, from both small and large pharmaceutical innovators, joint venture partnerships, academic establishments, etc., and all over the world, including China, Japan, Europe and North America. It seems that anyone with a viable idea or proposition is welcome to join the party! Money is not the key issue. Of course, the major players have it, but start-ups and virtuals are looking for government sponsorship or donations from charities.

Q: Beyond COVID-19, of course, there is an ongoing need to produce extant drugs to treat existing conditions and patients. What is GEA’s role here and does your global presence offer an advantage?

Dr. Harald Stahl: Just to comment on the COVID-19 vaccine matrix. When you look at the current prospects, there are 103 in development, seven in Phase I and one in Phase II (as of April 27, 2020). Three of the frontrunners are based in China, so, given the current and ongoing travel restrictions, having a worldwide network of contacts and domestic representatives is a fundamental advantage. This is particularly relevant now, as many governments are running programs to promote independence in terms of localizing their supply chains and reducing their reliance on excipients, raw materials and active ingredients from overseas sources.

To cite a current example: a customer in Hangzhou, China, was just about to start the installation phase of a multi-million Euro biopharmaceutical vaccine project when the COVID-19 lockdown was put in place. No longer able to visit the site, we decided to continue the process by offering remote support. Colleagues from GEA China in Shanghai are assisting with supervision, mechanical and electrical installation, and the European project management team are using online tools such as video calls and screen sharing, and a network of remote-control cameras in the client’s production room, to stream information to Germany.

With its unique blend of expertise and experience, from early stage research to commercial-scale applications, GEA supplies standalone machines or integrated lines that guarantee a high yield of valuable substances and operate efficiently, reliably and economically. Whether large or small, GEA can add value to any vaccine or blood fractionation project.