GEA has one of the most extensive compressor portfolios available on the market today. Designed for energy-efficiency, reliability, safety and easy maintenance, our screw compressor technology is making a difference in diverse applications covering industrial refrigeration and air conditioning and draws on 50 years of expertise and innovation which first came to fruition in a corner of GDR Berlin.

The screw compressor plays a critical role in industrial refrigeration and air conditioning, now indispensable to the food, chemical and shipping industries and in commercial buildings and offices – all of which require refrigeration. With 50 years of innovation and experience to draw on, GEA has one of the deepest industrial compressor portfolios globally.

Back to the roots 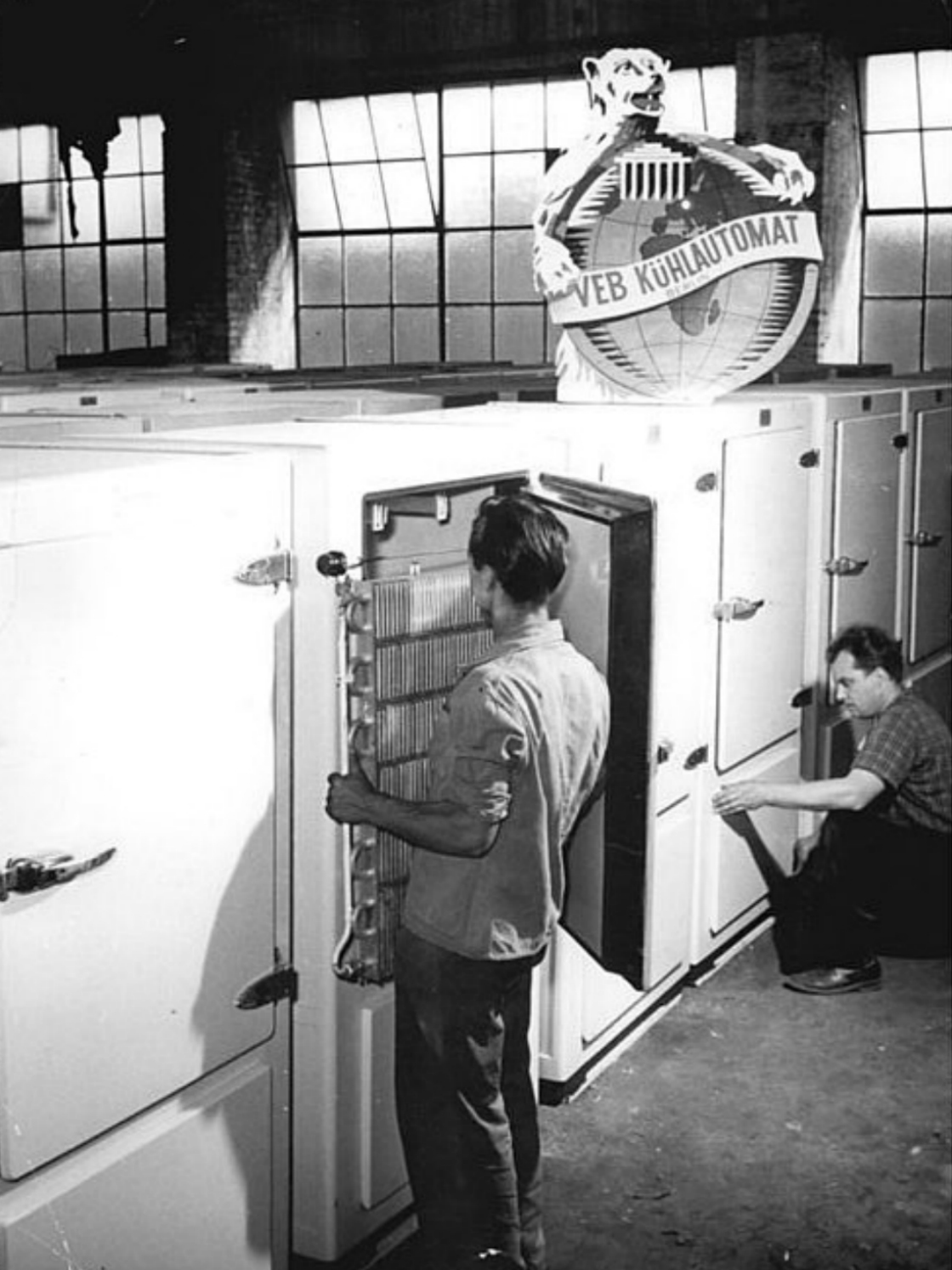 The history of GEA screw compressors actually dates back to 1950 with the founding of "VEB Kühlautomat Berlin" (KAB). Located in East Germany, then part of the German Democratic Republic (GDR), VEB was the legal name given to GDR industrial enterprises, signifying that a company was a national enterprise. KAB was established, first to accommodate the urgent need for the repair and maintenance of commercial and industrial refrigeration technology and secondly, to develop new commercial refrigeration products, both of which were much in demand after WWII.

The first compressors in 1952 were based on aircraft engines and built in nine sizes with flow rates ranging from 112 to 880 m3/h with a star-shaped design. By the mid-1950s, four dozen employees were hard at work in the offices and factories in a borough of southeast Berlin, remnants of which still exist, providing a haven for street painters and urban photographers. Here, KAB had plenty of space for future expansion and good connections to the outside world via an active train station.

Unlike the neighboring Federal Republic, KAB could not benefit from the Marshall Plan, which would help Western Europe get on its feet again. Quite the contrary: after dismantling large parts of industry in the then Soviet occupied zone, the GDR then had to provide reparations. For this purpose, the Soviet Union created three large shipyards from territory in the occupied zone. At two of these, one in Wismar and one in Stralsund, cooling and fishing ships with refrigeration equipment were mass produced.

Small-scale domestic and commercial refrigeration continued as the mainstay of the business. However, by the late 1950s, the production of refrigeration systems for passenger and fishing vessels with catching and processing technology increased steadily, with the Soviet Union KAB’s primary customer. The production of commercial refrigerators and material testing chambers for the Soviet space program also began, allowing for the simulation of tropo- and stratosphere conditions – further supporting the aeronautics industry and growing Soviet interest in space exploration.

By the end of 1957, two Berlin refrigeration companies, VEB Kälte and VEB KAB, were developing and producing material test chambers, compressors and heat exchangers as well as refrigeration systems for ships with around 1,000 workers. Following the merger of these two VEBs in 1958, KAB was also able to strengthen its position in both the fishing vessel and passenger ship sectors. In the mid-1960s the production of refrigerated display cases reached 5,740 units; this part of the business was then sold to allow for a greater focus on freezers and drinking water coolers for hotels, restaurants as well as public and administrative buildings, especially for use in hot climates. A key merger in 1968 provided KAB with access to the excellent production facilities of an engine plant (VEB Dieselmotorenwerk Johannisthal), a necessary prerequisite for the development and production of its future screw compressors.

Following an intensive development phase in 1968, KAB launched its first screw compressor model in 1969 – the S3-800 – featuring a flow rate of 770 m3/h. Shortly after its introduction, this model was replaced with an upgraded model, the S3-900, which had the same flow rate and addressed the most important requirements for marine applications: low energy consumption, reliability, ease of service and compact design. Based on the S3-900 concept, larger compressors, including the S3-1800 and S3-2500 were also produced for ship refrigeration systems, followed by a continuous cycle of new developments and upgrades. 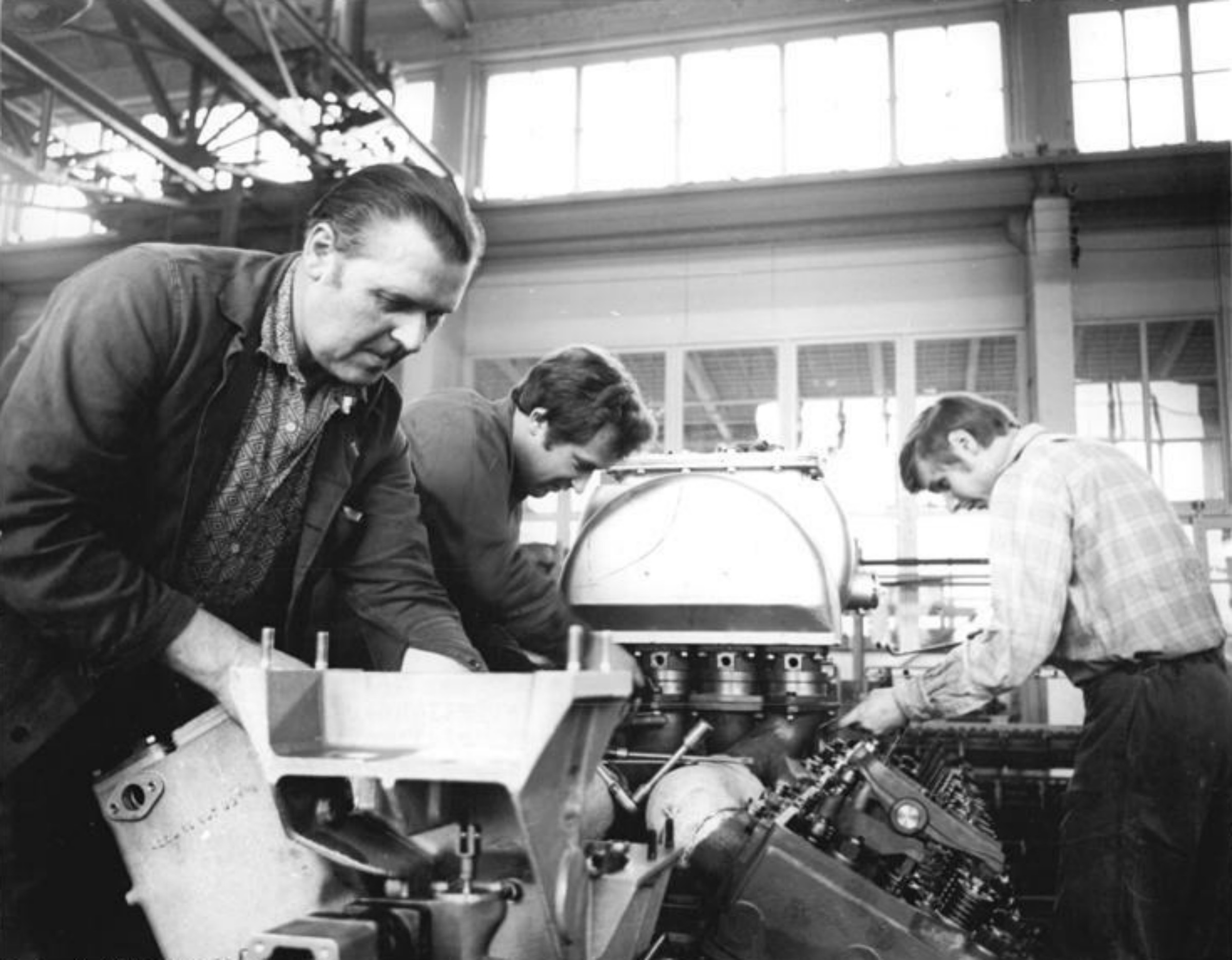 Two of these were essential:

The asymmetrical rotor profile with a 5:6 tooth count ratio and the Vi adjustment can now be found in all 24 screw compressor sizes. 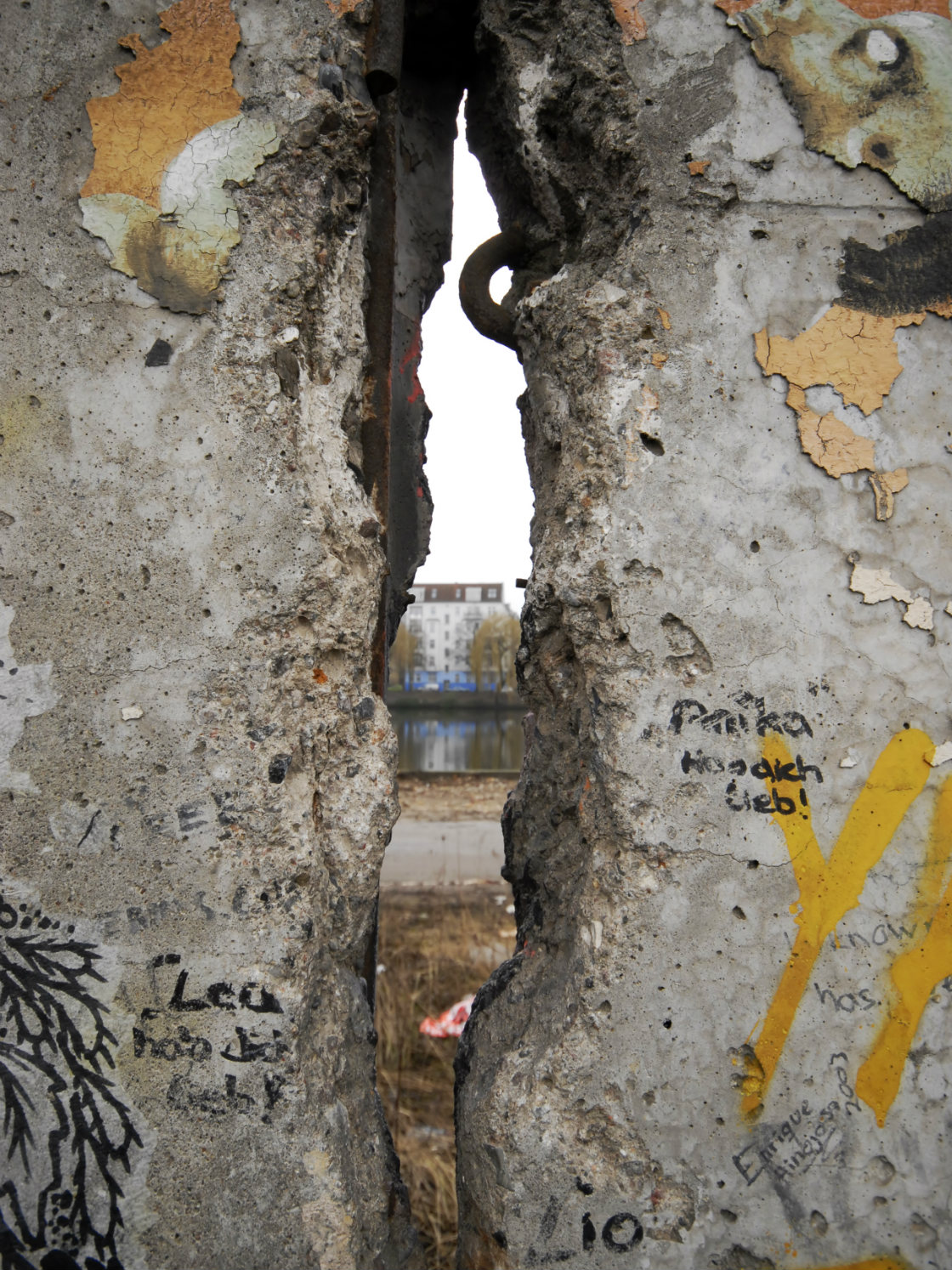 In addition to these two outstanding innovations, over the years many details for the permanent improvement of the compressors have been introduced into production and published in patents. On October 2, 1990, the very last patent to be registered in the GDR was in fact, one from KAB engineer, Dieter Mosemann, then head of the development department: patent number DD 298 536 for a rotary screw cooling compressor. The next day, East and West Germany were officially reunified after 45 years, becoming one nation. KAB was then privatized.

In 1994, two years after taking over the Dutch company GRASSO, GEA took over VEB Kühlautomat Berlin. Since 1996, the production of GEA screw compressors – which includes development, assembly and testing – has taken place under one roof at a new location in north Berlin.

The work of the companies in the East was often undervalued or negatively labeled. We knew we had fantastic technologies and solutions, but KAB had no way to enter the market. When the wall came down, we didn't know how to sell. With the GEA GRASSO merger we were able to enter the market and under a well-known and respected brand. From the very beginning, it was an open and fruitful partnership – characterized by a steel-sharpening-steel attitude."- Dieter Mosemann, former development engineer and external consultant, GEA 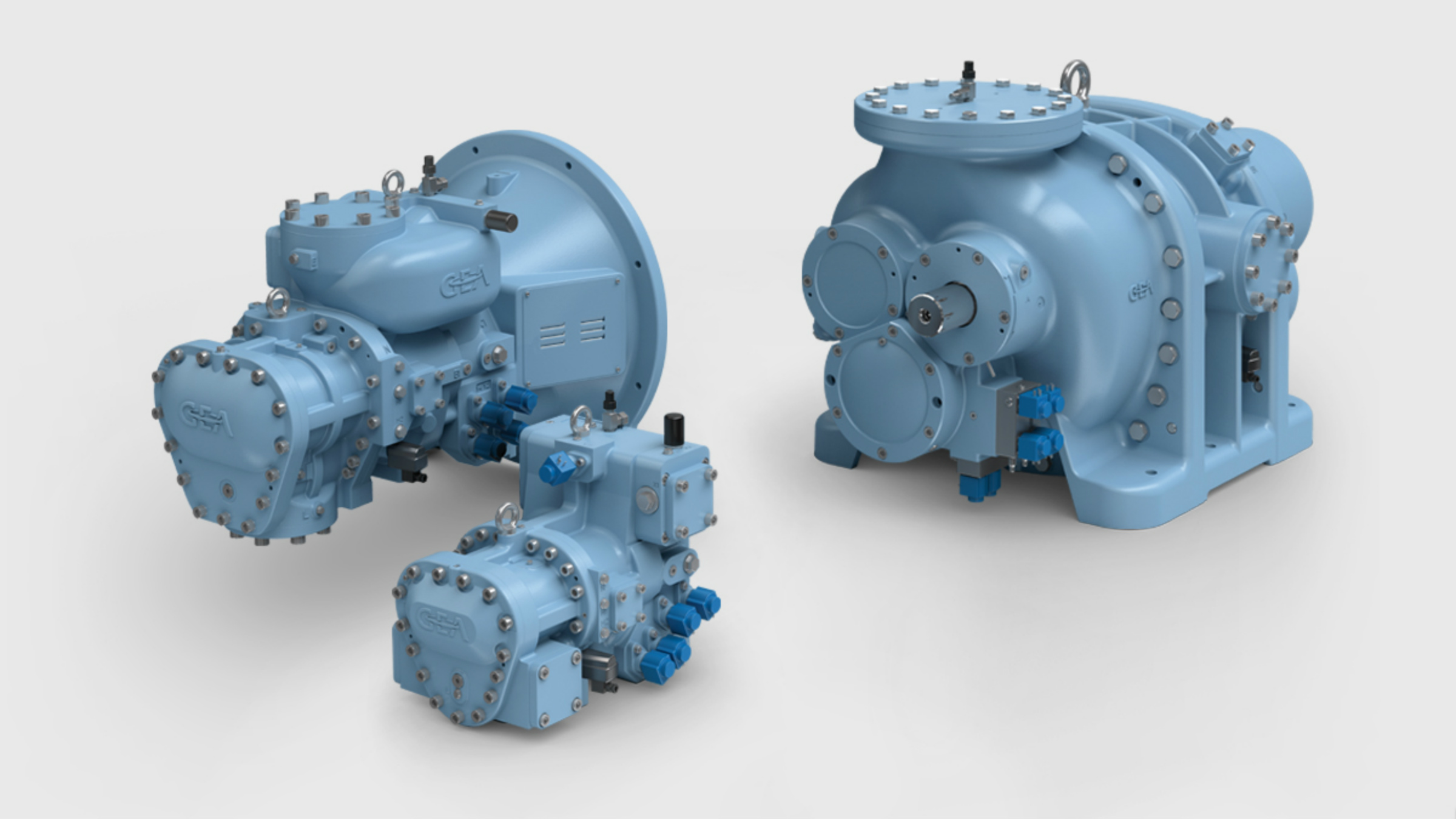 Now retired, Mosemann, former development engineer and external consultant at GEA, brought important values with him from those early days at KAB, when the compressor units for fishing vessels already delivered on continuous operation thanks to sturdy components that could be repaired or replaced on board. In fact, many of the innovations integrated in those early screw compressors are still in use around the world. This quality engineering and built-in flexibility continues today, as seen in the GEA Grasso LT and the GEA Grasso M series compressors, which are known for their compact size and ease of assembly, also making use of natural refrigerants, namely ammonia, which Mosemann also championed. This desire to innovate embodies what he so eloquently communicated to journalists in 2010 as some of his early patents expired: “The engineering drive must be ever present."

Innovation-led engineering for a better world 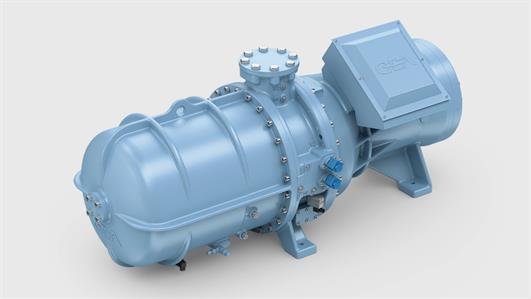 As HFCs are being phased out due to their negative environmental impact, natural refrigerants, such as ammonia, are taking their place. After seven years of product development, GEA CompaX – the world’s first semi-hermetic compact screw compressor for ammonia – was introduced in early 2018 and incorporates an intelligent, 3-in-1 design combining a GEA Grasso M series compressor, a suction gas-cooled electric motor and an oil separator into an extremely compact package without external wiring. The CompaX represents a decisive move forward, paving the way for the use of ammonia in air conditioning systems, pushing efficiency and sustainability to the forefront.