Created
18 сен 2018
GEA has supplied centrifugal separation equipment to Suape Energia, a major power producer in Brazil. The equipment has allowed the company to process residual oil sludge from a 381.2 MW oil-fired power station to reduce disposal costs, recover water for use elsewhere in the plant and provide clean fuel oil for sale and to run its internal heating system. The operator believes the GEA technology to be the most efficient slop oil processing plant in Brazil. Full payback on the BRL 2 million-plus investment has been achieved in just four months. 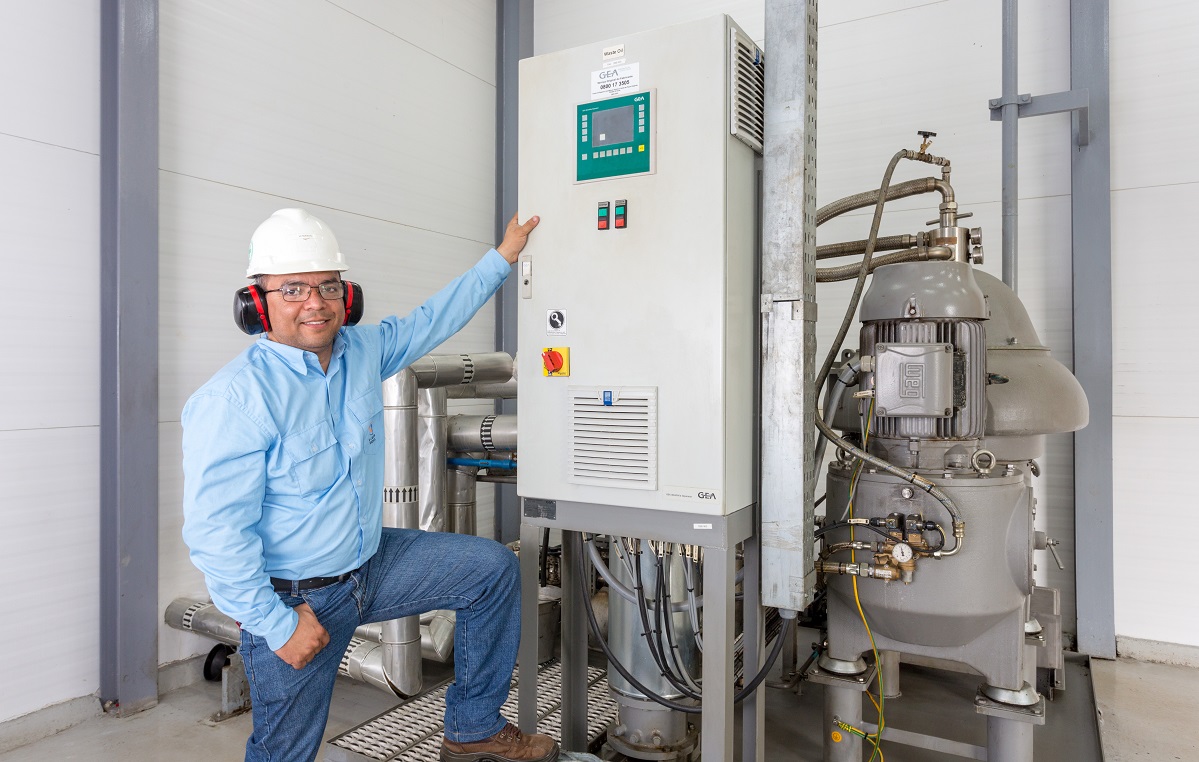 UTE Suape II is Brazil's largest oil-fired thermoelectric power plant; one of six operated by Suape Energia. It began commercial operation in January 2013. Much of Brazil’s energy comes from hydroelectric plants and a wide range of renewable energy sources. However, to meet the full power needs of its 200 million people, it is necessary to supplement the country’s power generation with nuclear, gas, coal and oil technology. Although the oil and diesel power plants were originally intended as a reserve for hydroelectric power - in times of water scarcity - they are now operated permanently to meet demand.

Looking after the environment

While guaranteeing the nation’s power supply, it’s also important for Suape Energia to keep the plant’s ecological footprint as small as possible. Since 2008, GEA has supplied treatment systems to condition the fuel and lubricating oil for the company’s motor generators. “Heavy oils are often contaminated with water and solids,” explained the company’s Project Manager Alexandre Venceslau. “Since 2008, GEA separators have been used at Suape Energia to ensure that the purity and viscosity of the fuel meets the requirements of the engines. This ensures optimum cleaning of fuel and lubricating oils and protects the engines against wear, power losses and breakdowns”, said Venceslau.

Similar technology is now being used at UTE Suape II to treat the oil slurry (slop oil) produced by the engines every month. Sludge, contaminated with oil residues, accumulates in every oil-fired power plant and disposal costs are high. The UTE Suape II plant treats approximately 2.12 Kg of oil residue per megawatt generated.

“Slop oil processing was a problem," explained Alexandre Venceslau. "We had it processed externally. This was neither financially or environmentally acceptable, so we set up a project to take care of the waste ourselves. As we were already using GEA separators, we naturally contacted the company again.”

Testing the feed for optimum performance

GEA’s approach was to first analyze the slop oils being produced by the plant to establish the most appropriate method of treatment. It was important to determine the level of water and solids in the oil so that the centrifuge could be designed appropriately. This testing was carried out at the GEA Process Test Center (PTC) in Oelde, Germany. Here, product samples were analyzed, machine types selected, and pilot tests carried out under real conditions. The PTC also performs Factory Acceptance Tests (FAT), supports process development, optimizes existing processes, commissions test facilities and provides trial and loan machines. GEA technicians at the PTC can even provide an estimate of the expected investment costs for the development of new processes.

GEA identified its separator type OSE 80, capable of processing up to 2,300 liters of oily sludge every hour, as the most suitable for the job. The machine was modified to increase the space for the collection of solid material thereby reducing the number of solids ejections required per hour. As each ejection releases some oil, this customization helped to keep product losses to a minimum.

“We particularly liked this approach to the project," said Alexandre Venceslau. “GEA had used sound analysis to adapt the machine to our individual needs rather than just supplying a product off-the-shelf.” 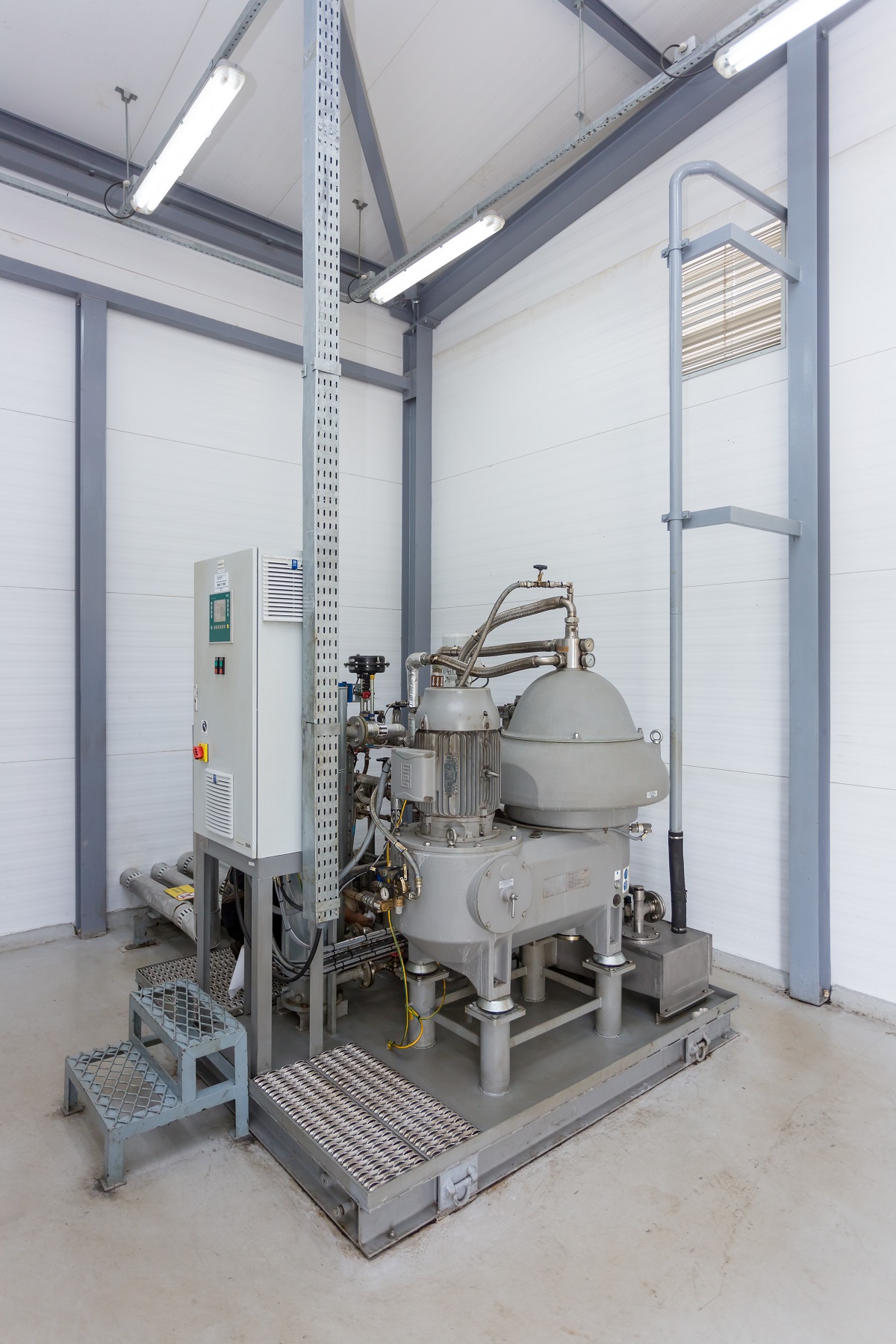 The new equipment has been running since early 2017 and the results have been impressive. Residual water content in the recovered oil is <0.3 per cent allowing it to be recycled as fuel and sold on the open market at an average price of BRL 0.67 per Kg. “In just nine months we have achieved BRL350,000 in recovered oil sales,” said Venceslau.

Sandro Roberto da Silva was the GEA Account Manager for the project. He said that the water recovered from the sludge was suitable for use within the plant for cleaning purposes, thereby significantly reducing the plant’s overall water consumption. “This represents a considerable volume of water every month which saves money for the company and provides a great benefit to the environment and to the local community,” he explained.

Instead of disposing of the entire volume of slop oil produced by the process, Suape Energia now must pay to remove only the solid matter. This has reduced the total by 70% to just 270 tons a month requiring only two trucks a week (compared with seven previously). The combined savings in water usage and disposal costs, added to the revenue from oil sales, meant that payback, which was contractually fixed at 6 to 12 months, was achieved in only four.

Suape Energia is already investing to make even better use of the recovered oil. Instead of selling the oil the company intends to adapt its in-house heating system to be able to use its own oil to heat the plant.  When the power plant is stopped, it consumes 275 liters of oil an hour just for heating. The refitting, to be completed before the end of 2017, will cost around BRL 200,000 but will save 198,000 liters of fuel every year that would have cost around BRL 480,000. Those figures are related just for one heating system but Suape is planning to implement the solution on the two existing systems in two steps. “With this investment we will have eliminated our heating costs,” said Alexandre.

The project has been a tremendous success and has been completed in less than a year. The investment has reduced the company’s disposal costs, environmental impact, water usage and overall costs. It has also allowed Suape Energia to set an example as the country’s most efficient energy producer. “It is the first plant of its kind in Brazil to play a pioneering role and set standards for a more sustainable and efficient process of generating energy using diesel power,” said Alexandre Venceslau. “We don’t believe there is another like it anywhere in the world.”