As crops become more resistant to synthetic pesticides and pressure mounts regarding their effect on our health and the environment, the race is on to bring biopesticides to market that are effective at scale, affordable and can ensure future food security.

Biopesticides are derived from renewable sources such as plants, animals and bacteria and are used to control weeds, pathogens and pests. Unlike their synthetic counterparts, they are less toxic; effective in smaller quantities; decompose quickly and target specific pests better than broad-spectrum pesticides; the latter having often been applied to the detriment of birds, insects and the environment in general.

Tougher “truth in labeling” laws and pesticide legislation require pest controls that neither have a safety period between application and harvesting, nor leave pesticide residue behind. While they currently account for only 5 percent of the total global crop protection market, biopesticides are expected to play an important role in meeting these demands and ensuring the world has enough safe food in the future.

A significant barrier to biopesticides gaining traction, proponents say, is that they are often compared to synthetic variants even though there are fundamental differences between them – from how they get approved and are launched to how they work.

In stark contrast to the highly regulated, long and expensive road to get synthetic solutions on the market (ca. 12 years), biopesticides tend to follow an agile, fund-as-you-go model; the latter are often placed with willing testers and go through a quicker succession of trials and are optimized along the way.

When new products are finally available, synthetic product launches are generally supported by large marketing budgets and a host of eager distributors. The same cannot be said for biopesticides, which have fewer champions at the sales and distribution level and are sometimes dismissed outright. The reasons cited being: low profit margin; too complicated to use (or at least perceived to be); lack of sufficient test results; higher cost, narrow spectrum of activity and tendency to degrade more quickly and inconsistent performance, making them a tough sell to some farmers, who themselves often have very little practical experience with biopesticides or evidence to draw on.

A sticking point for some farmers is that synthetic pesticides generally kill pests immediately because the chemical agents are so powerful, whereas biopesticides may take a few days to kill their target pest. Some approaches harness other insects to serve as the delivery mechanism (e.g. bees carrying a benign fungus to spread on and protect strawberry plants) or use insect pheromones to confuse pests by interfering with their mating patterns or even trapping them. Neither of these methods, however, has gained traction in industrial agriculture.

It's also important to note that some biopesticides are developed to be used in combination with synthetic products. Many countries still allow their organic growers to use small amounts of synthetic pesticides to ensure profitable yields, and to some extent, this has led growers to believe that biopesticides are not an effective, “stand-alone” alternative. This contributes to their being quite misunderstood, because in fact, many biopesticides are most effective when used as a component of a larger integrated pest management (IPM) program.

Despite the challenges, the biopesticide industry is growing, due to the increased demand for organic food and tougher synthetic pesticide legislation.

Interestingly enough, although Europe has some of the strictest laws regarding pesticides, it has registered fewer biopesticide-active substances than the United States, India, Brazil or China. This is due to a long and complex registration process, which takes an average of seven years versus two years in the U.S.

Biopesticides are expected to equalize with synthetics by 2050, but funding for research as well as conducive processes and legislation will play a determining role. In the U.S. and Australia, for example, funding for biocontrol research has gone down, whereas in Europe, Brazil, China and India the opposite is true. However, if the agrochemical industry is any litmus test, then the takeovers and acquisitions that have taken place in the last few years are clear indicators that the big players are counting on increased biopesticide adoption. 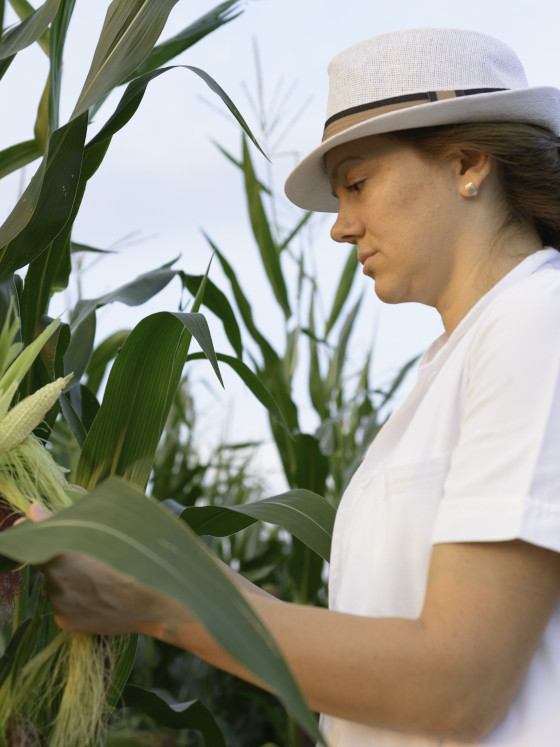 The most common biopesticide is the bacterium, Bacillus thuringiensis (Bt), which after ingestion, produces toxic crystals in pests causing them to die in 1 to 2 days. In use since the 1930s, it is popular with organic farmers in spray applications, whereas many large-scale growers have turned to its genetically modified (GM) form, where the codes that produce the toxic Bt crystal are incorporated into the corn, cotton, soybean or eggplant seed itself.

Despite this advancement, which means the Bt doesn’t have to be applied later and risk degradation by sun and water, some countries reject GM seed outright, because they believe it is unsafe or at least untested.

Today, there are thousands of strains of Bt and it is the primary ingredient in about three-quarters of all biopesticides. However, multiple insects have now developed resistance to it.

… increased food production has not succeeded in eliminating hunger worldwide. Reliance on hazardous pesticides is a short-term solution that undermines the rights to adequate food and health for present and future generations.” - Report of the Special Rapporteur on the right to food, United Nations, 2017

Where do we go from here?

Ensuring that we have enough safe food in the future will require work on multiple fronts, according to experts. One of them involves introducing diversity back into agriculture by moving away from monoculture (growing single varieties of plants). By doing so we can reduce our usage of harmful pesticides and put nature back to work, letting other insects control pests for us, for example. Having more plant and animal diversity will help minimize the problem of resistance – meaning if we do need to use a (bio)pesticide, it has a better chance of working.

At the same time, research around nanoformulations (controlling individual atoms and molecules) and microencapsulation technologies can, scientists say, improve the stability and efficacy of biopesticide products, which could increase their usage. Microalgae biomass also contains valuable compounds well-suited for biopesticides to counter fungal diseases, although to date there are no algae-based biopesticide products on the market.

With world population estimated to reach 9.8 billion by 2050, food security and production are a top global priority. All stakeholders will need to work together to bring more sustainable agricultural methods and products to fruition, including biopesticides that both farmers and consumers trust. 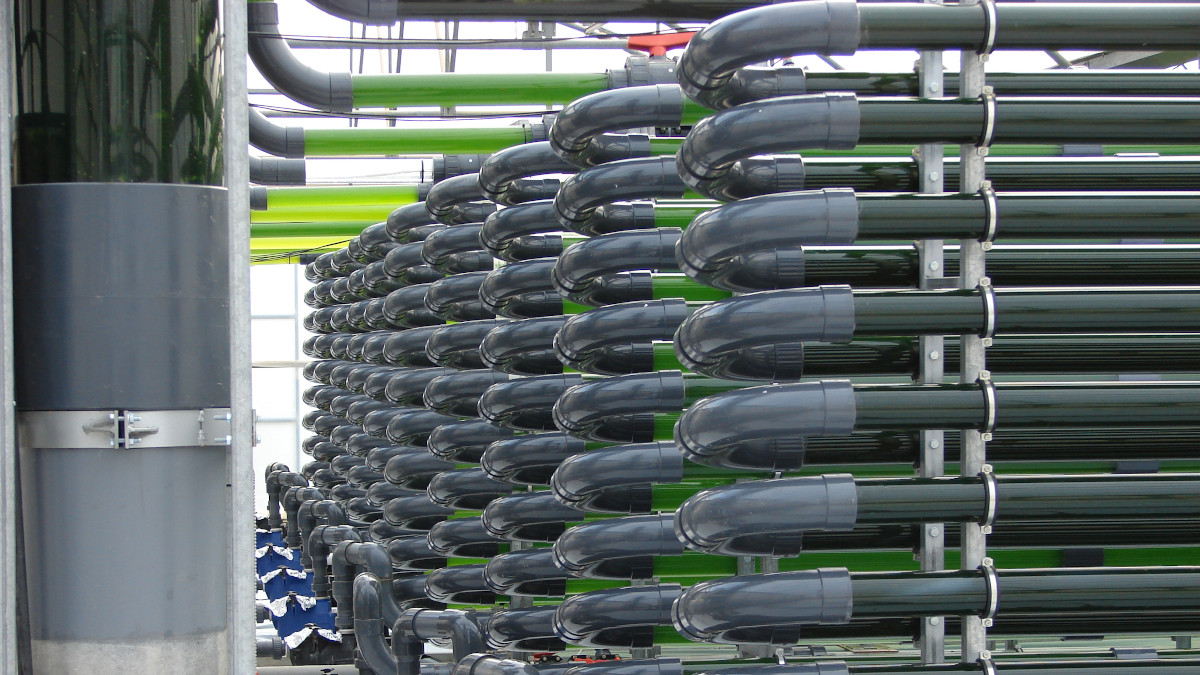 GEA and several partners from the EU’s scientific and business community have come together on the Sustainable Algae Biorefinery for Agriculture and Aquaculture (SABANA) project.* The team, which kicked off work in 2016, is developing a large-scale integrated microalgae-based biorefinery for the production of value added products for use in agriculture and aquaculture, namely feed and feed additives, biostimulants, biofertilizers and biopesticides. 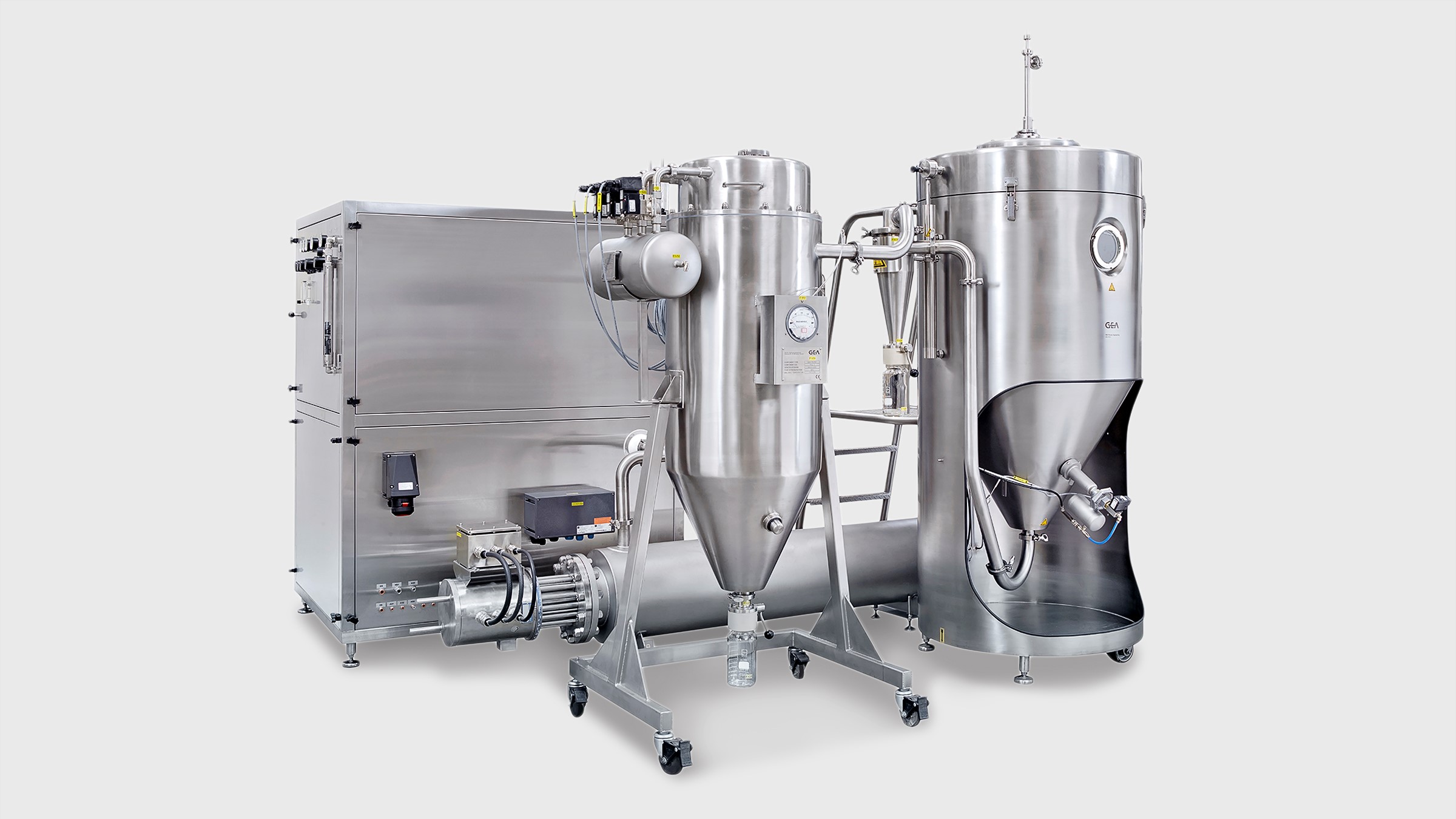 An EU-funded Horizon 2020 initiative, SABANA is led by the University of Almeria in Spain, where the team is demonstrating the technical, environmental and social feasibility of producing valuable algae bi-products using only marine water and wastewater as a nutrients source. Their goal: to achieve a zero-waste process at the 1-hectare demonstration center built in Almeria in 2018 and similarly at a 5-hectare production plant planned for 2020.

In the biopesticide workstream, the team is growing, testing and processing strains of algae that have antimicrobial agents that fight against various plant pathogens. In order to process the sensitive biomass, GEA has supplied expertise and equipment, including centrifuges for harvesting and concentrating the microalgae; homogenizers for cell disruption and a spray dryer for biomass drying so that the active agents can then be tested. The project results will be available at the end of 2021.

* This project has received funding from the European Union’s Horizon 2020 Research and Innovation program under the Grant Agreement No. 727874.
Go to top
Back 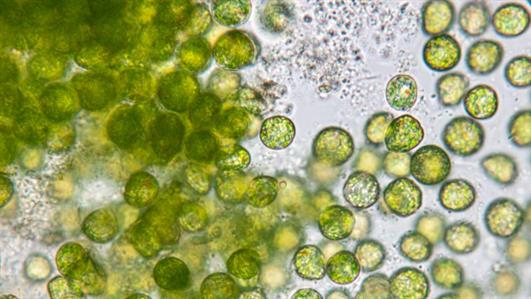 Typically found in freshwater and marine systems, microalgae are a single-celled species that exist individually, in chains or in groups. Unlike other plants, microalgae do not have roots, stems or leaves, yet they are able to perform photosynthesis and are key to life on earth – producing nearly half of the oxygen in the earth’s atmosphere and using CO2 to grow.

Microalgae, together with bacteria, form the basis of the entire food chain and are rich in proteins, carbohydrates and lipids. They already contribute to diverse applications ranging from cosmetics and pharmaceuticals to nutritional additives, fertilizers, livestock feed, wastewater treatment, the binding of heavy metals, and to a lesser extent, biofuel production.