The automated milking trend continues to tick upwards in the U.S. GEA introduced the first fully automated robotic rotary parlor, DairyProQ, and installations quickly gained momentum with two completed at the end of 2017 and beginning of 2018, and four on track for completion by end-of-year. 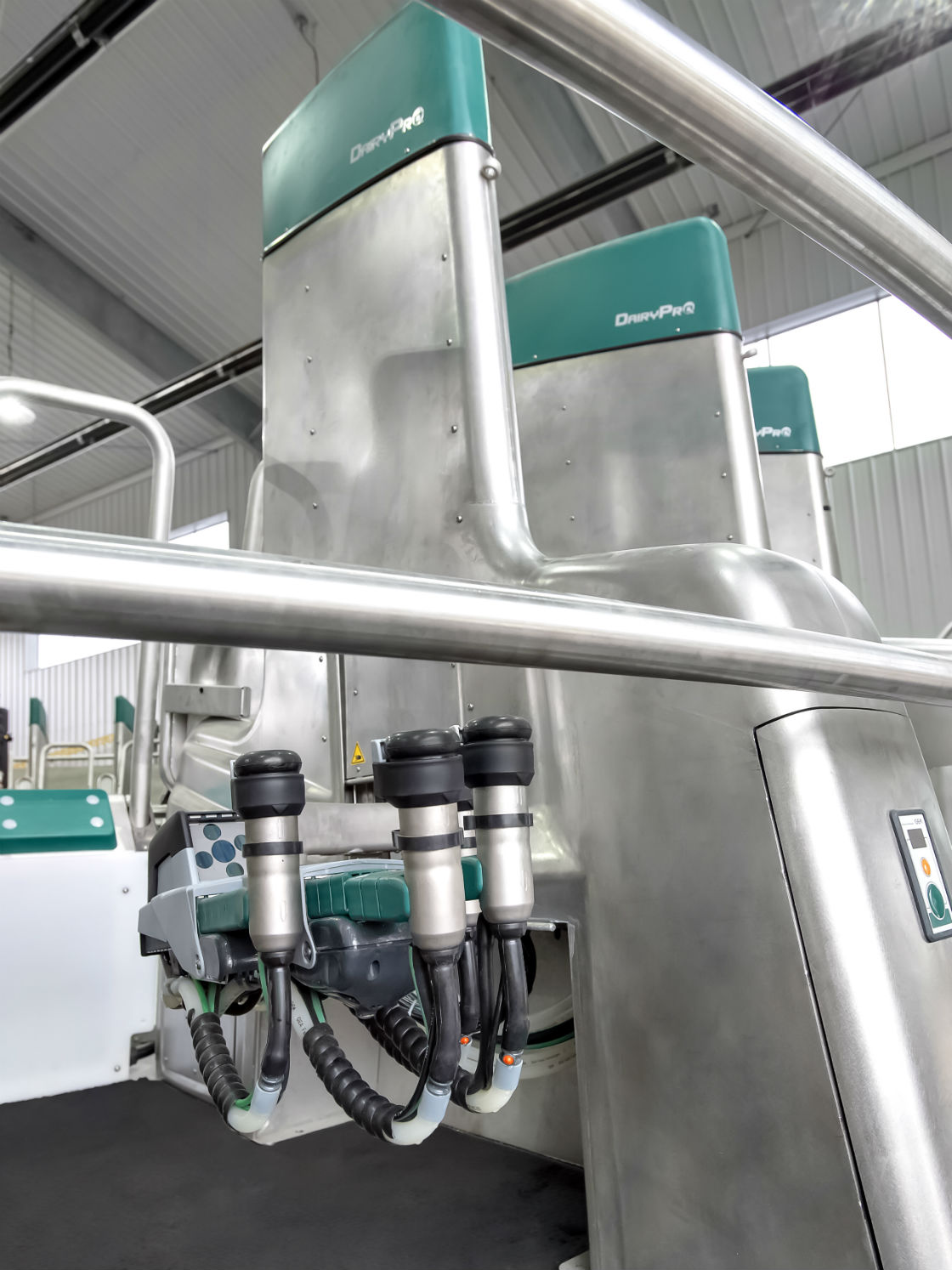 Each milking stall is equipped with a robotic module that attaches the teatcups and then cleans, stimulates, fore-strips, milks, and post-dips each quarter, individually, for maximum efficiency.

“Robotic rotary parlors give dairy farmers the efficiency of rotary parlors with the consistency of robotic milking,” says Matt Daley, Senior Vice President of Sales, Milking and Dairy Farming for GEA North America. “The ability to essentially lock in labor costs for the future is driving these early adopters to choose the DairyProQ.”

GEA’s DairyProQ is available in configurations from 28-80 robotic stalls and can milk up to 400 cows per hour with just one operator. The four new DairyProQ robotic rotary parlors under construction in the U.S. this year include:

These six farms will represent more than 12,000 cows milking in the U.S. using DairyProQ robotic rotary parlors. They join two additional systems in British Columbia, Canada that have been turning robotically since 2016.

“For dairies of any size, it’s not a matter of if robots will be part of your operation, it’s a matter of when,” Daley says.

Daley estimates 2 percent of U.S. cows are currently milked using robots (in rotary or box style configurations) and he predicts more than 30 - 40 percent of cows could be milked robotically in the next four to seven years.