The coronavirus may not be the top story of the daily news any more, but it’s still vitally important to fast-track pharmaceutical plant production and deliver safe vaccines to patients.

Now that COVID-19 vaccines have reached billions of people worldwide, the overwhelming evidence suggests that, no matter which one you receive, they offer life-saving protection against a disease that has adversely affected millions of lives and wrecked economies. The pandemic is, however, far from over, but an ongoing program of immunization remains the planet’s best bet for the continued health and safety of a growing population.

Despite the rapid development and implementation of the rollout, empowered by an unprecedented combination of political will, global collaboration and funding, the COVID-19 vaccines were still subjected to the same checks, balances and scientific and regulatory rigor as any other novel drug before being administered to the general public. Yet, although undoubtedly safe and effective, no vaccine is perfect. As such, so-called breakthrough infections, when people get sick even after being vaccinated, are to be expected with any disease.

As such, this is not the time to be complacent. The overarching success of the vaccination program means that the world is opening up again, but there are still vulnerable populations — and age groups — that remain susceptible and, unfortunately, the SARS-CoV-2 coronavirus is not going away. In many countries, we now have a more “immune ready” society because of the vaccines and the number of people who have been infected (and survived), which means that restrictions are being lifted and lockdowns are increasingly rare. However, the effects of the vaccine(s) don’t last forever, we can’t stop the virus mutating and we’ve yet to achieve a 90%-plus level of global immunization.

The crux of the matter and why it will be almost impossible to completely eradicate COVID-19 is because, quite simply, no two diseases are the same. Conditions such as smallpox behave very differently than, say, influenza, and for that reason, it’s now believed that there is no evidence of naturally occurring smallpox transmission anywhere in the world. Why? Because the smallpox vaccination caused what is now known as sterilizing immunity, meaning that anyone who was inoculated no longer carried any of the virus. The antibodies and the bodily responses generated cleared the virus from their system entirely.

Although not absolutely necessary to eliminate COVID-19, a state of sterile immunity may be an ambitious goal. Whether and to what degree inoculation prevents transmission depends on the pathogen itself, the host and the interaction between the two. Normally, scientists talk about the extent to which vaccination prevents transmission of the wild-type virus or bacteria and the fact that the pathway to vaccine-mediated control of an infectious disease is not always as direct as smallpox.

GEA’s Harald Stahl, Senior Director of Strategy and Innovation, Pharma & Healthcare, points out: “Typically for a virus, the more mutations it undergoes, the more contagious it becomes … but less dangerous. We’ve seen this with the Delta and Omicron variants of COVID-19, but it’s not a hard and fast rule. It’s entirely possible that a subsequent mutation will result in a virus that combines the worst properties of both.” It’s worth noting, adds Harald, that our bodies are equipped with several lines of defense. The first of these comprises the antibodies we produce in response to an infection. These decrease with time; but, we also have so-called T cells (part of the immune system that focuses on specific foreign particles), which are active for much longer. Normally, our antibodies are able to kill an incoming virus before it’s able to multiply in our body, which then limits the likelihood of us passing it on. And, even if our antibody levels have dropped, the T cells should still be powerful enough — if you are a relatively healthy person — to protect against serious infection. However, this does mean that you will be contagious for longer and more likely to transmit the virus to others (if not self-isolated, etc.).

“And, he continues, just as every disease is different, not all vaccines work the same way or last as long. Once you get inoculated against yellow fever, you are protected for life; for tetanus, you need a booster every 10 years, etc. Perhaps the closest example we have for COVID-19 is seasonal influenza. Every year, as we approach what is known as “flu season,” the strains that are most likely to occur are identified and, hopefully, anyone in a vulnerable group gets a shot before they become infected. It would be fantastic to achieve a single-dose yellow fever situation, but we’re talking about two very different organisms.”

Despite the incredible advances that have been made in recent years, it still takes considerable time to bring an effective vaccine from the research and development stage to commercial production; before mass administration, we need to be sure that it works safely … for everyone! As such, governments, politicians and the general public alike are questioning why it takes 3–5 years to bring an industrial-scale biopharmaceutical manufacturing plant to full operational functionality.

Furthermore, they want to know what can be done about it. GEA believes that the key to significantly shortening this timeframe is modularization, digitalization and collaboration. By subscribing to a philosophy of standardization, a digitally enhanced project delivery process and keeping the number of interfaces to a minimum, significant gains can be made. Based on a foundation of trust and existing know-how, working within a partnership can reduce the complexity, cost and risk of successful drug production.

Always prepared to meet the world’s need for novel solutions and high-performance equipment, which was particularly relevant during the “corona-crisis,” GEA has shaped decades of experience into a new selection of plug-and-produce separator skid units. Optimally designed for both standard and custom requirements, two comprehensive and sophisticated separator lines and one revolutionary multi-bowl solution are energizing the industry.

Ensuring vaccines are viable on arrival

Manufacturing a single batch of vaccine can take several months and includes multiple steps, sometimes finishing with a freeze-drying process. This enabling technology means that delicate, unstable or heat-sensitive drugs and biologicals can be dried at low temperatures without damaging their structure. Subsequently, they have a long shelf-life, don’t need to be refrigerated during storage and can be transported more easily to challenging and remote areas. Of particular benefit in many emerging economies, freeze-dried products can be reconstituted both quickly and easily.

Manufacturers now need to make the best use of existing intelligent technologies and solutions, adhere to current standards and regulations, and focus on mutually agreed targets and incentives. Delays can cost millions of dollars … and potentially thousands of lost lives.

By taking a smarter and more collaborative approach, GEA is confident that we can fast-track plant production to tackle socially devastating pandemics in the shortest possible timeframe. Talk to us today to find out how we can quickly bring your project to a successful conclusion and your product to market. 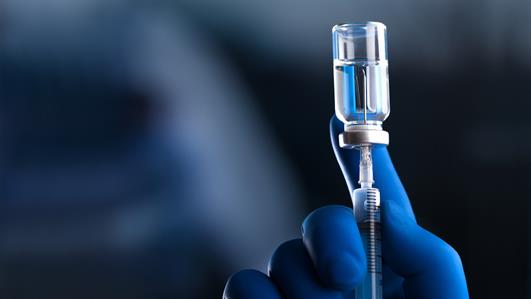 Whereas some vaccines have not been wholly effective against rapidly evolving pathogens or emerging disease threats, RNA-based versions could have an impact in these areas because of their shorter manufacturing times and greater effectiveness. Beyond infectious diseases, RNA vaccines also show potential as novel therapeutic options for major diseases such as cancer.

Messenger RNA (mRNA) vaccines have become a commonly heard term amidst the global rollout of immunization programs against COVID-19. mRNA is found in all living cells. These strands of genetic code act as chemical intermediaries between the DNA in our chromosomes and the cellular machinery that produces the proteins we need to function.