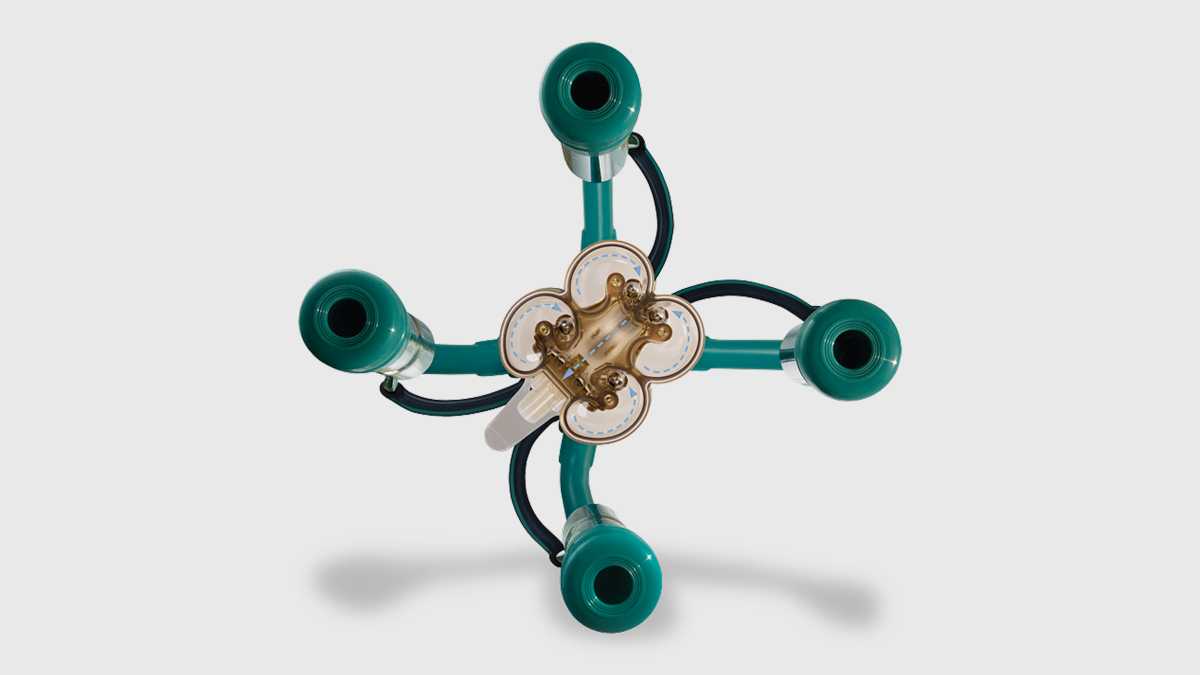 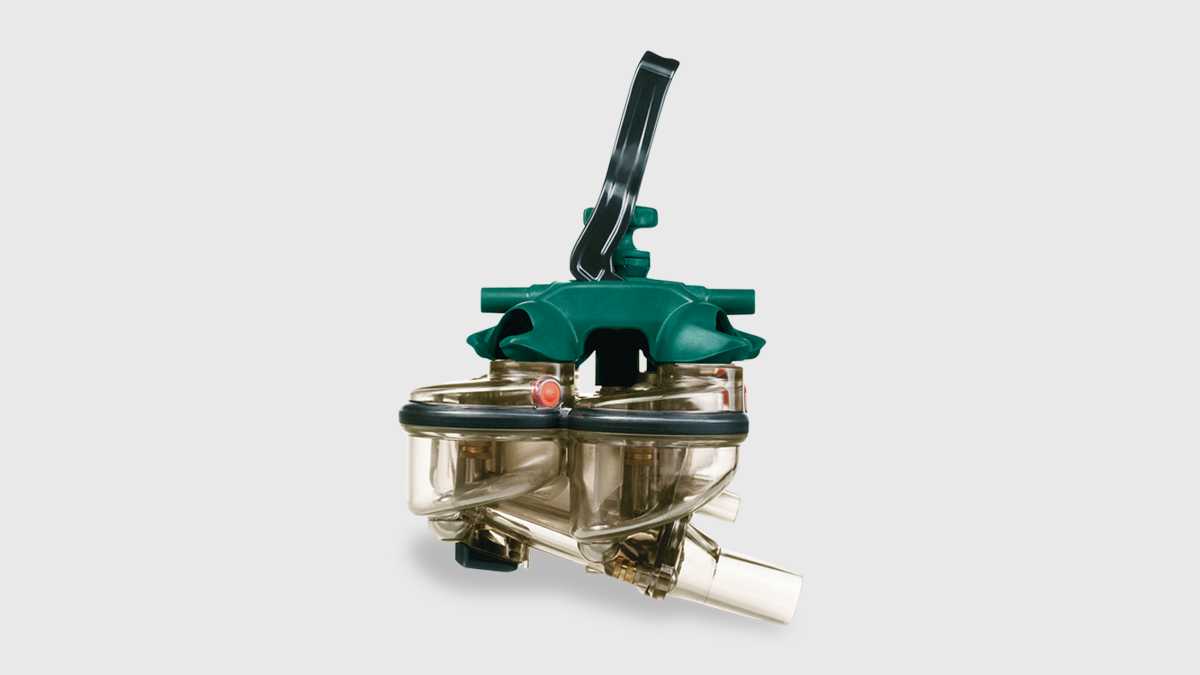 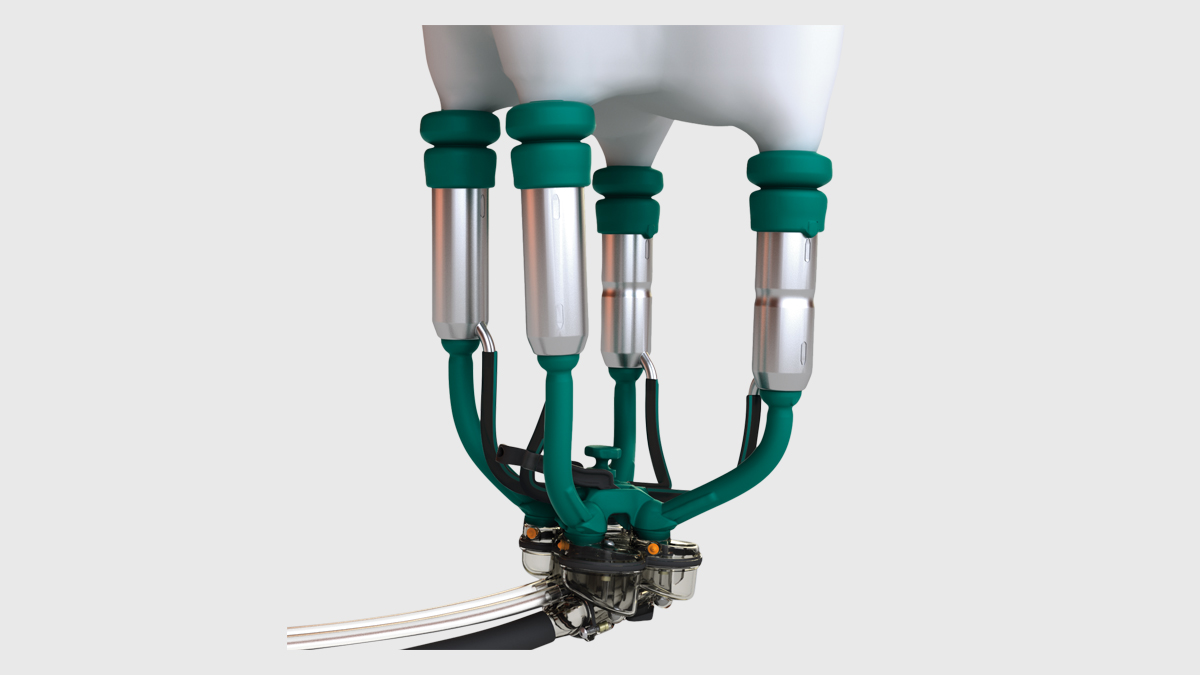 The new milk guide piece has been designed following the natural structure of a cows udder. It is sub-divided into four guide chambers. The milk flows directly and quarter individual to the outlet. Thanks to the incline in the respective cluster chamber this process is faster and much more gentle.

Maximum milk quality - smarter vacuum control significantly reduces milk contamination.  Vacuum is greatly reduced when the liner is not attached, which means less manure and other soil/debris is sucked into the milk line. You won't believe how clean your milk filters are with the IQ Milking Unit.

Improved udder health - with four separate guide chambers there is no threat of teat-to-teat cross contamination of mastitis-causing bacteria.  Unlike conventional milking units, the new IQ unit is subdivided into four quarters, and milk from each quarter is kept separate.

Holds on any shaped udder - the short milk tubes are longer which allows proper placement on virtually any udder shape.  The unit weight is ideally distributed 80% on the teat and 20% in the claw. Plus, better unit alignment means fewer unit slips and squawks.

Easy maintenance - unique and patented liner connection makes liner changes quick and easy.  Shells, liners, and air dividers can be pre-assembled to allow liner changes in minutes instead of hours.

Quieter operation - the automatic vacuum shifting system makes for virtually noise-free milking - even during attachment or during a kick-off.

More reliable performance - the slim profile of this unit is harder for cows to kick-off. 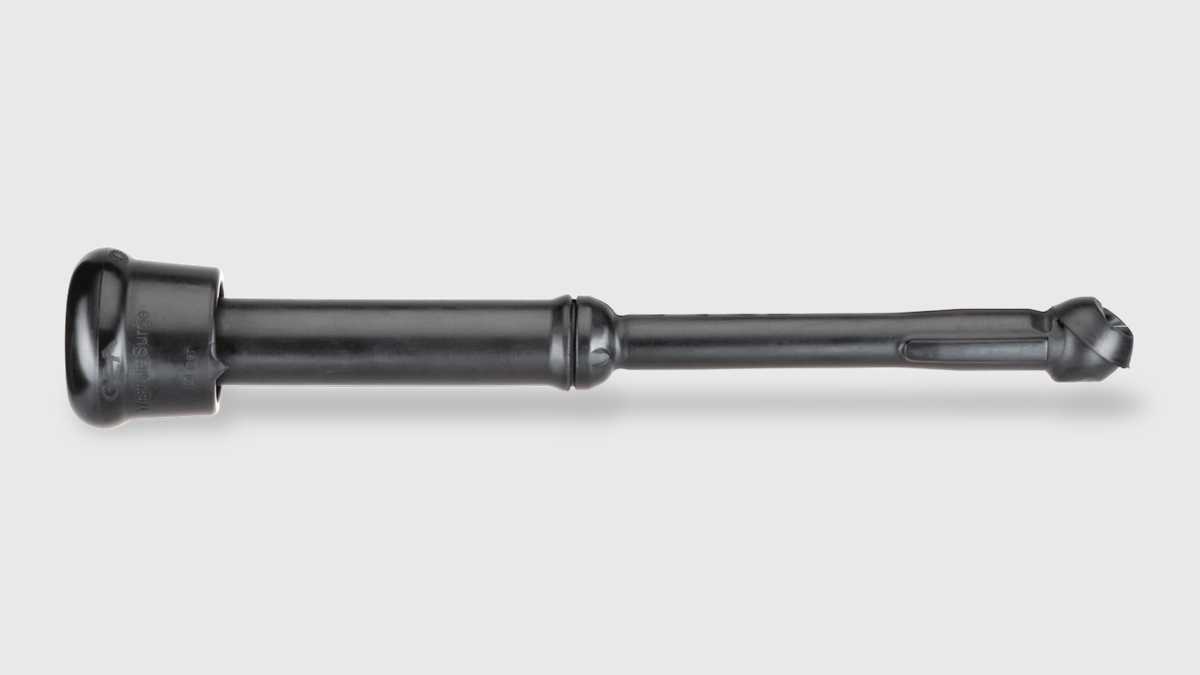 For the milkers of today and tomorrow: The new liner from GEA is called IQLiner and is unique in that it is fitted individually onto the IQ cluster! Take advantage of the optimum adhesion and flexibility on the udder! The well thought-out benefits of our IQLiner ensure animal-friendly milking together with the best possible teat conditions and the well proven rubber and silicone material works as reliably as ever.

It is a fact that automation can decrease the chance for human error, reduce labor and inefficiencies, and provide more consistent milking procedures. The combination of these benefits, all evident in the revolutionary Apollo™MilkSystem, can improve the milk quality in your herd and positively impact your dairy’s bottom line. 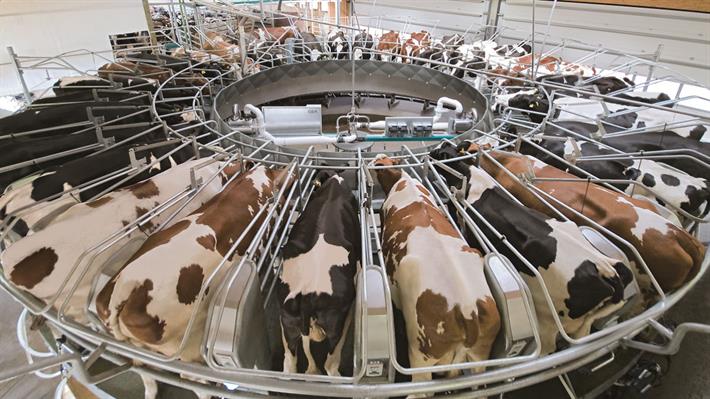 Continuously, without stopping and at constant speed: that`s how the AutoRotor PerFormer Plus rotates with 24 to 80 milking stalls. No matter whether for 5, 10, 15 hours or around the clock it shortens the absolute milking times by increasing the throughput of milked cows per hour – integrated in an individual overall planned concept based on the size of the herd. 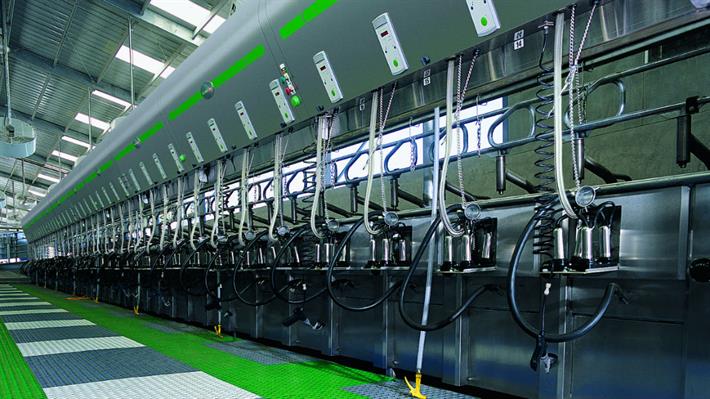 The Magnum 90i Side-by-Side milking parlor from GEA has been specially developed for dairies that milk their herds 24 hours a day. Its robust construction and low maintenance needs set the standards for reliability in large dairy operations. And not only that: This powerful system solution is also much more comfortable and convenient for both the milker and the cow.

Good mastitis prevention begins with healthy teats that minimize the opportunity for bacteria to infect the udder, therefore reducing mastitis problems that can last for the whole season. 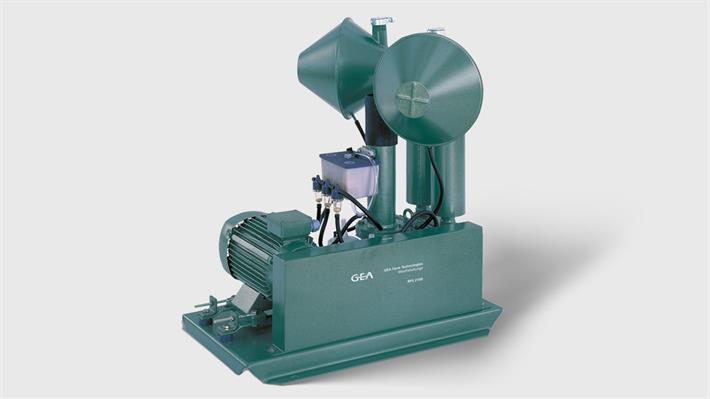 No matter which type of pump you will choose: all vacuum systems are designed for a higher performance. Our low-vacuum philosophy provides healthy udders and increases the medium-term performance.

Please note that this is a global webpage. For more information on the availability of this product in your country please reach out to your local GEA dealer.