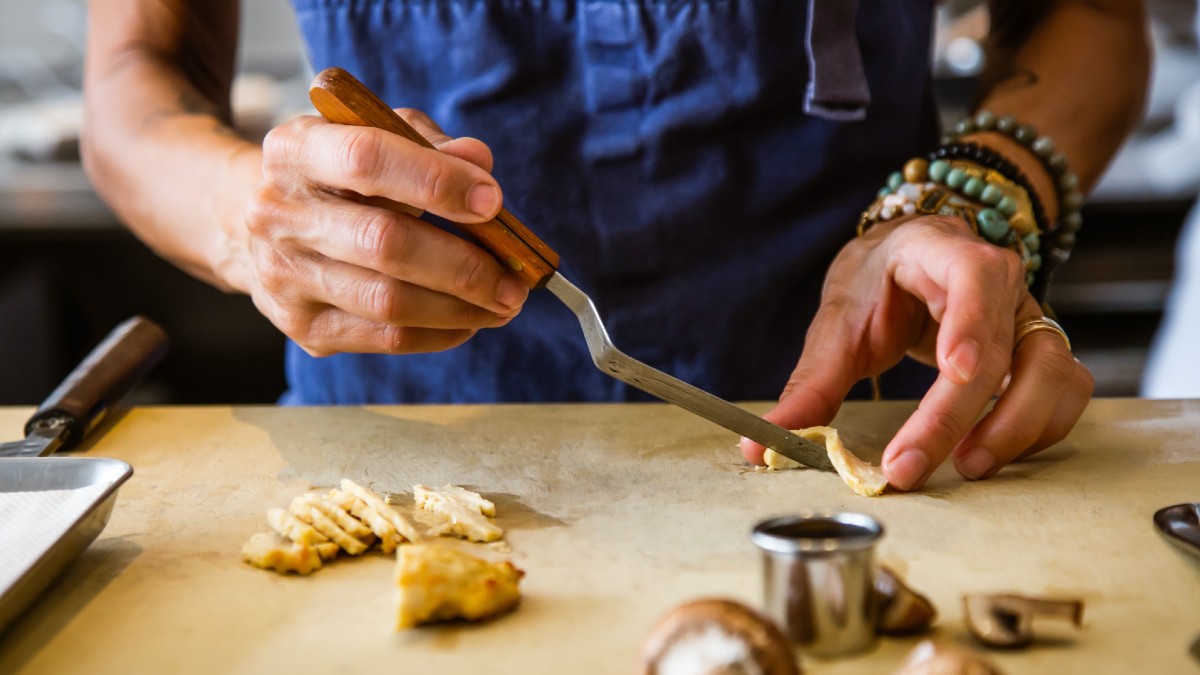 Explore the full report
“We chefs have an obligation to offer recipes with these new foods to raise awareness about the challenges we face in the world today. Our restaurant can contribute to educating customers as well as meeting their demands.”
Chef, Brazil

Conducted in August 2022, the GEA Chef Survey on New Food provides a variety of insights into how chefs are navigating the current food transformation. It sheds light on their familiarity and experience with new food products, the current demand among restaurant guests, and what chefs expect to see in the near future. The results help build a more nuanced understanding of the transition towards new food.

Considering that chefs not only earn their living via food but, in many cases, define themselves in terms of their devotion to food and culinary traditions, one might expect a healthy dose of skepticism when it comes to alternative proteins. Sure enough, our Chef Survey on New Food did uncover some skepticism among chefs: a few were dismissive, some had never heard of alternatives proteins, others showed little interest in learning about them. But these were decidedly in the minority. In fact, the large majority of chefs surveyed are familiar with the various types of alternative proteins and already using them in their kitchens.

In the case of plant-based foods and beverages only 2 percent of chefs had “never heard” of them. Another 6 percent had heard about them but had no real knowledge of them. The remaining 92 percent were familiar with plant-based foods and beverages, with a majority of these (63%) indicating that they know a lot about them. This is no huge surprise. Plant-based products like soy drinks and veggie burgers have been around for decades; tofu and tempeh for millennia.

But even in the case of cultivated, cell-based proteins  – the most novel of all alternative protein types – a full 80 percent of chefs said they were familiar with them. More specifically, 41 percent of chefs said they know a lot about cultivated, cell-based foods. This is remarkable given that cultured meat is in its infancy, a long way from large-scale production and availability. Yet the survey data suggest that many chefs are keenly aware that cultured meat and similar products might redefine how people will eat in future, and they see the need to closely observe and keep up with such a fundamental trend.

Most chefs are not only aware of the new food trend, but they are also helping drive it. Roughly 90 percent of chefs are already using meat and dairy alternatives in their daily work to at least some extent, with well over a third of chefs using them to a high extent. Use of seafood and egg alternatives is somewhat less prevalent, but here, too, some 30 percent of chefs are already using them to a high extent. If there is one message to take from the survey, it’s that most chefs around the world are definitely not waiting around; they have begun making the transition to new foods.

Clearly, the high level of awareness and use of alternative proteins by many chefs is partly due to their own professional interest; they want to be well-informed about food developments and stay on top of this growing trend. But as the survey clearly indicates, their interest is also due to rising customer demand. Their own guests, as well as restaurant goers in general, are increasingly asking for alternatives to conventional food. Roughly 90 percent of chefs see increased demand among their restaurant customers for alternatives to conventional meat and dairy, with over 40 percent of chefs reporting a high degree of increased demand. The numbers on seafood and egg alternatives are once again slightly lower, but still indicative of significant growth in demand.

This is consistent with recent consumer feedback. A 2022 Blue Horizon/Boston Consulting Group survey of over 3,700 consumers worldwide found that more than half of them are occasional users of alternative proteins, 35 percent frequent users and some 13 percent “exclusive or near-exclusive” users. The Good Food Institute’s Europe survey conducted in 2022 found that half of consumers in Spain and Italy already eat plant-based meat on a monthly basis, with 65 percent of Spaniards, 55 percent of Italians, 57 percent of Germans and a third of consumers in France indicating their willingness to buy cultivated meat when it becomes available on the market. Another recent study showed that 80 percent of UK and U.S. consumers were open to eating cultivated meat.

When asked about the primary drivers of growing demand for alternative proteins among restaurant guests, most chefs cited both health and environmental reasons. Some 79 percent of respondents believe that their customers are motivated by environmental concerns, while 74 percent indicated that health reasons are a motivating factor. Fewer chefs (50%) see ethical concerns, such as animal welfare, as a factor.

Chefs in the lead

Three out of four chefs surveyed (75%) consider food in general to be a very important factor in human health, and just under two-thirds (62%) consider food a very important factor in environmental health. In addition, nearly half of chefs (48%) believe that new food alternatives can have a big impact on improving human or environmental health. So how do chefs view their own role in this context? The survey results indicate that many chefs and restaurants are mindful of their personal and professional responsibility to assume a leadership role. For starters, one-third (33%) are significantly reducing the amount of meat they themselves consume for health or environmental reasons. Some 15 percent are fully vegetarian or vegan. Nearly all (96%) say their restaurant is taking steps to lower its environmental impact, with 44 percent working actively (“to a great extent”) on this front. And the majority of chefs (53%) feel that they themselves play a critical role in their guests’ food choices – more so than social media, advertising, friends and family, influencers or food critics. 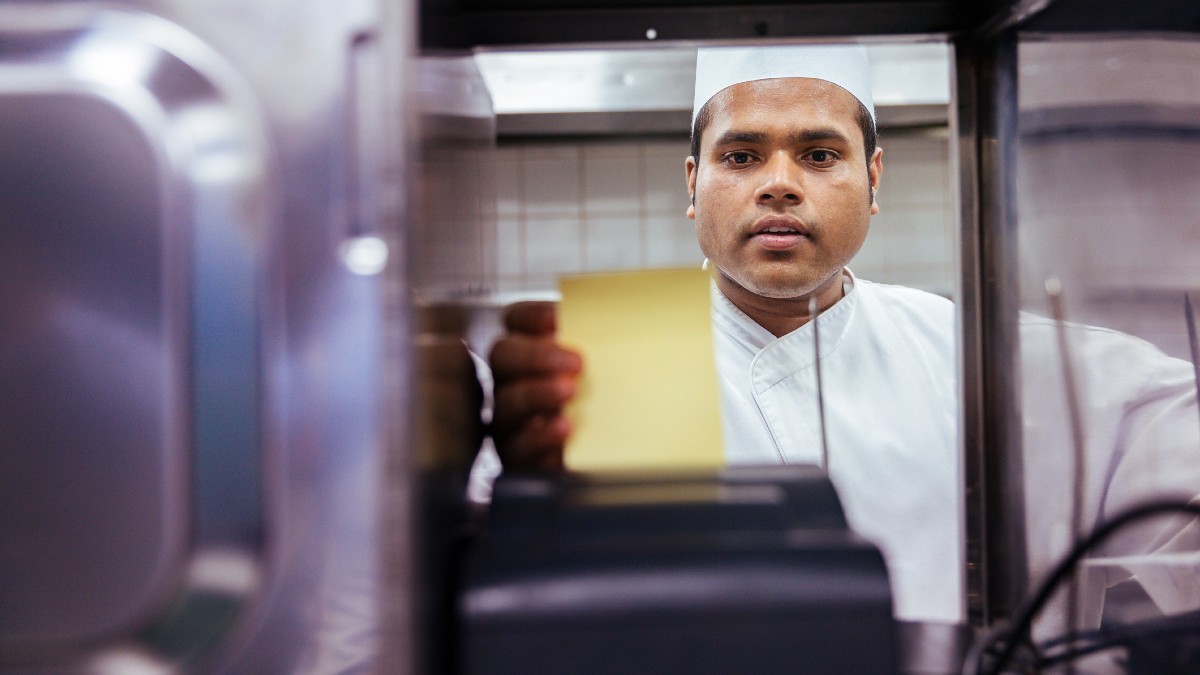 The GEA Chef Survey on New Food reveals that chefs with personal eating preferences (e.g., vegetarian, pescatarian, vegan) are considerably more knowledgeable and positive about alternative proteins. Other characteristics also correlated positively with greater interest, engagement and optimism regarding new food. For example: Chefs in Asia are generally more familiar with alternative proteins and optimistic about technological progress driving increased consumption. And they feel more strongly that their restaurant guests will increasingly demand alternative proteins in the future. Female chefs consider themselves particularly knowledgeable about new food and feel more strongly than their male counterparts that new food is already approaching the same quality level as conventional food. And younger chefs are more experienced with new food and feel more strongly that they themselves are driving the new food trend among restaurant goers.

A look to the future

Chefs around the world clearly believe that the trend towards alternative proteins will continue to gain momentum in the years to come. Nearly 95 percent feel that their restaurant patrons will demand more plant-based proteins over the next decade, with half of chefs seeing a strong increase in demand over that time. The numbers are similar for cultivated, cell-based proteins, with 45 percent of chefs predicting strong growth in demand for them. Even for insect-based proteins and foods, 36 percent of chefs believe that their customers will demand considerably more of these over the next 10 years – a result driven mainly by chefs in Asia.

Nearly one-quarter of the chefs surveyed (23%) expect new food to constitute more than 50 percent of all food in 2040. An additional 43 percent of respondents believe that one-quarter to one-half of all food in 2040 will be made with new food products and ingredients. Taken together, this constitutes a remarkable outlook into the next decades. It suggests that many of the surveyed chefs, most of whom are younger than 40, view alternative proteins as a significant and increasingly essential part of their future jobs.

Overall, the GEA Chef Survey makes clear that food professionals worldwide are largely open and positive with regard to alternative proteins. Some have their doubts, of course, but the survey data indicates that only about 10 percent of chefs can be classified as “skeptics.” The remaining 90 percent is roughly evenly divided between what we might call “ambassadors” – who are clearly positive about the rise of alternative proteins, have already used new food, and are confident about its future potential – and “cautious adopters,” who are generally positive but more reserved in terms of their use and outlook so far. Cautious adopters tend to feel that many of today’s new food products have not yet achieved restaurant-level quality. This attitude is not surprising, especially since three-quarters of respondents work in higher-priced restaurants. This is also largely consistent with recent consumer survey results, which make clear that consumers in general – while largely open and positive about alternative proteins and their benefits – still want to see further improvements in quality. Indeed, the majority of chefs (70%) see improved quality as key to increasing the consumption of new food going forward.

But it is noteworthy nevertheless that roughly a third of chefs feel that today’s alternative proteins have already achieved sufficient quality in taste, texture and price to replace conventionally produced foods to a large extent. This is a significant number – and a testament to the huge strides made in improving the quality of alternative proteins in the last several years alone. The overall level of interest among chefs in using alternative proteins reinforces a growing body of data that tells us the following: new food is not just a possibility, but the emerging new reality.

“I believe there will be a further increase in the consumption of alternative foods as their taste and quality improve."
Chef, Germany

In 2022, GEA partnered with market research agency Lindberg International to conduct the GEA Chef Survey on New Food. The survey team developed the questionnaire based on four in-depth explorative telephone interviews with chefs in Denmark, Germany, Spain and the UK. After creating the survey and translating it into local languages, Lindberg International conducted 1,002 online interviews (in August 2022) with chefs in 11 different countries: Brazil, China, Denmark, Germany, India, Israel, the Netherlands, Singapore, South Korea, UK and the U.S. 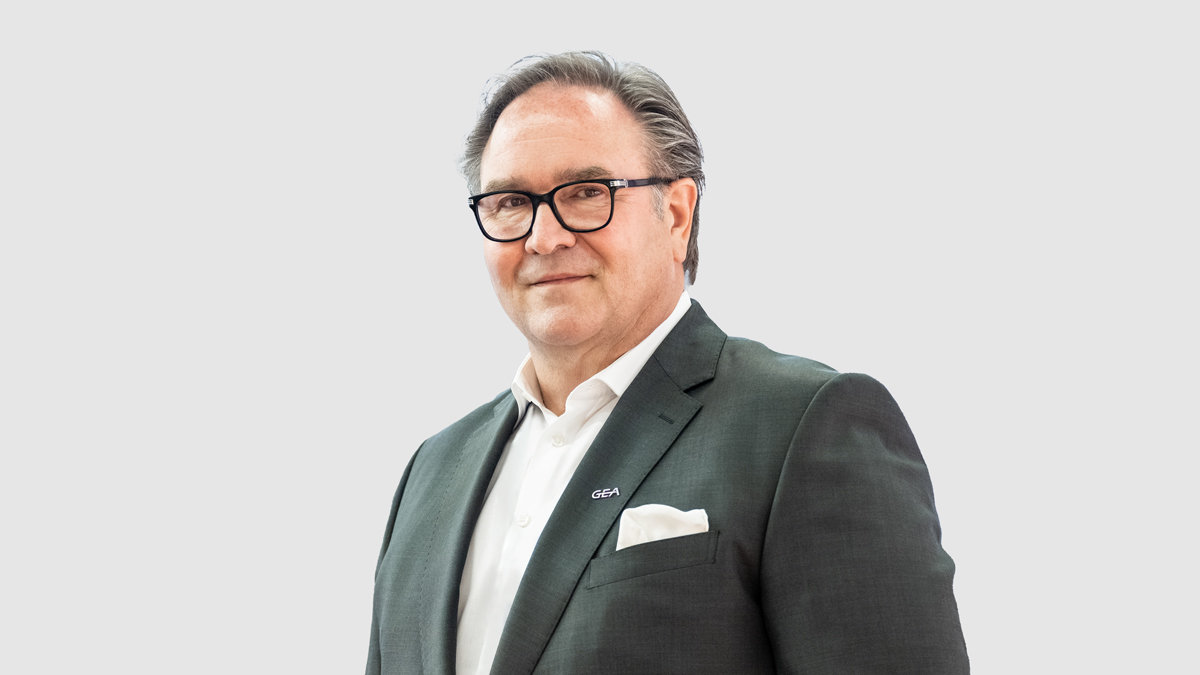 The tip of the iceberg

Kroner leads the New Food business unit at GEA, primarily dedicated to alternative protein production. He speaks about GEA’s position as a global supplier of process technology, and how GEA plays a key role in supporting this burgeoning industry. 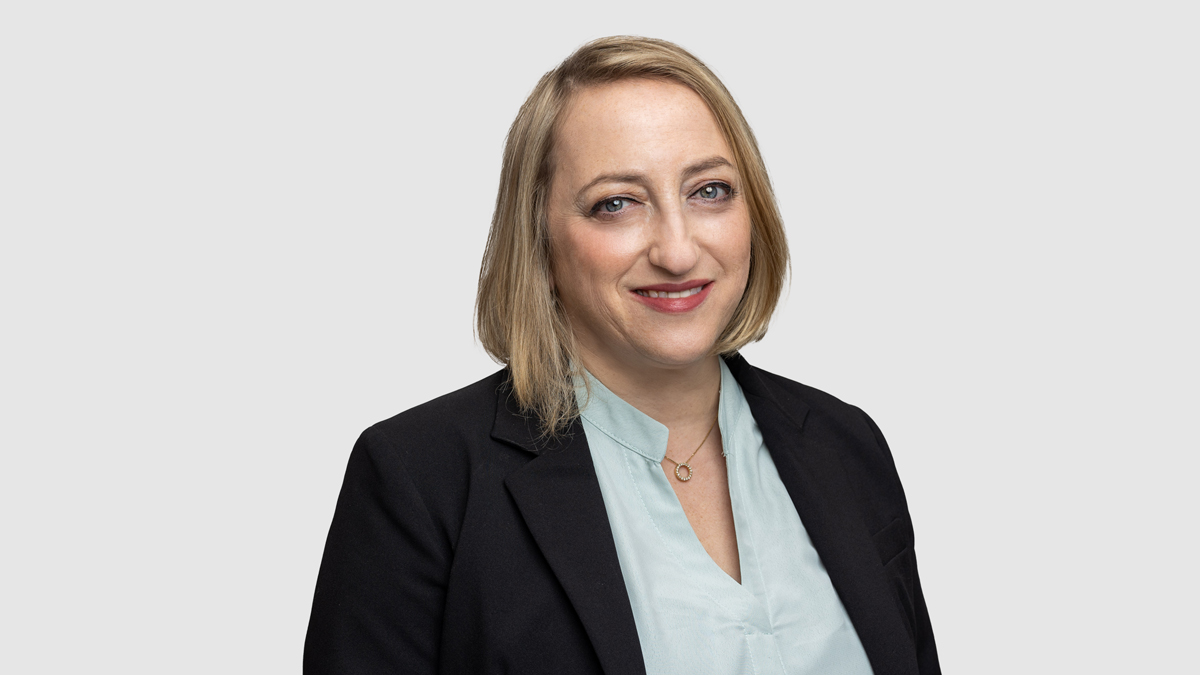 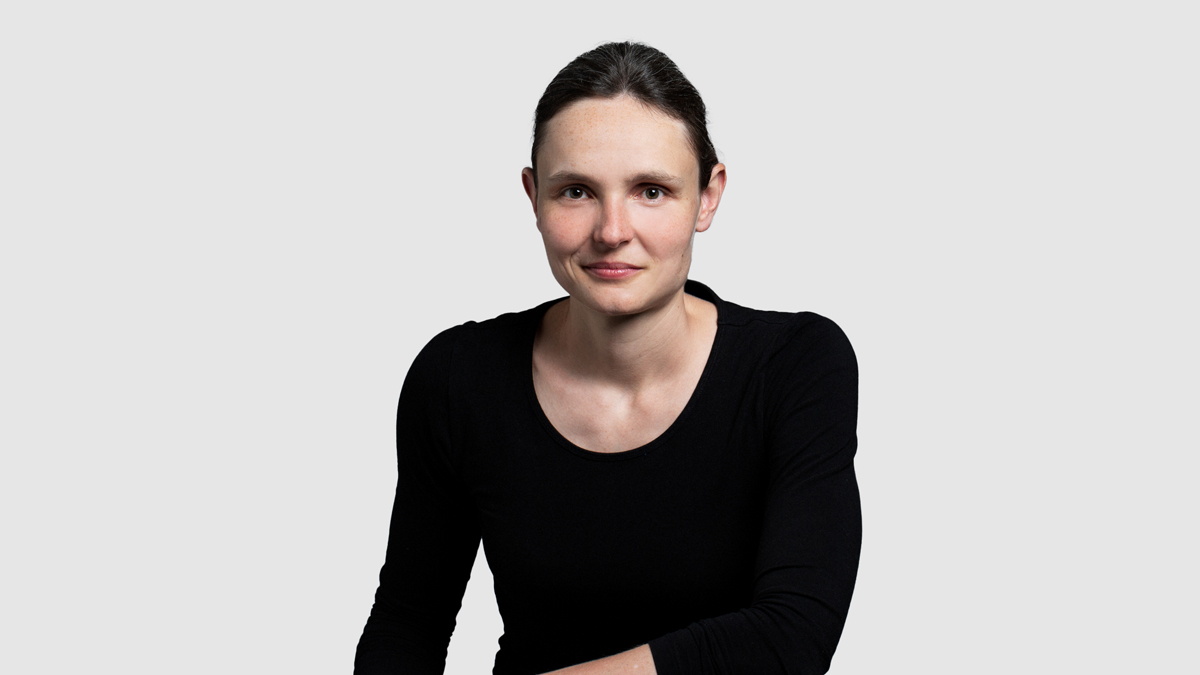 Scientific Director Dr. Grosse-Holz talks about impact investing at Blue Horizon: why sustainable food is such a compelling new field, what it will take to bring alternative proteins to market faster and how regulators can help. 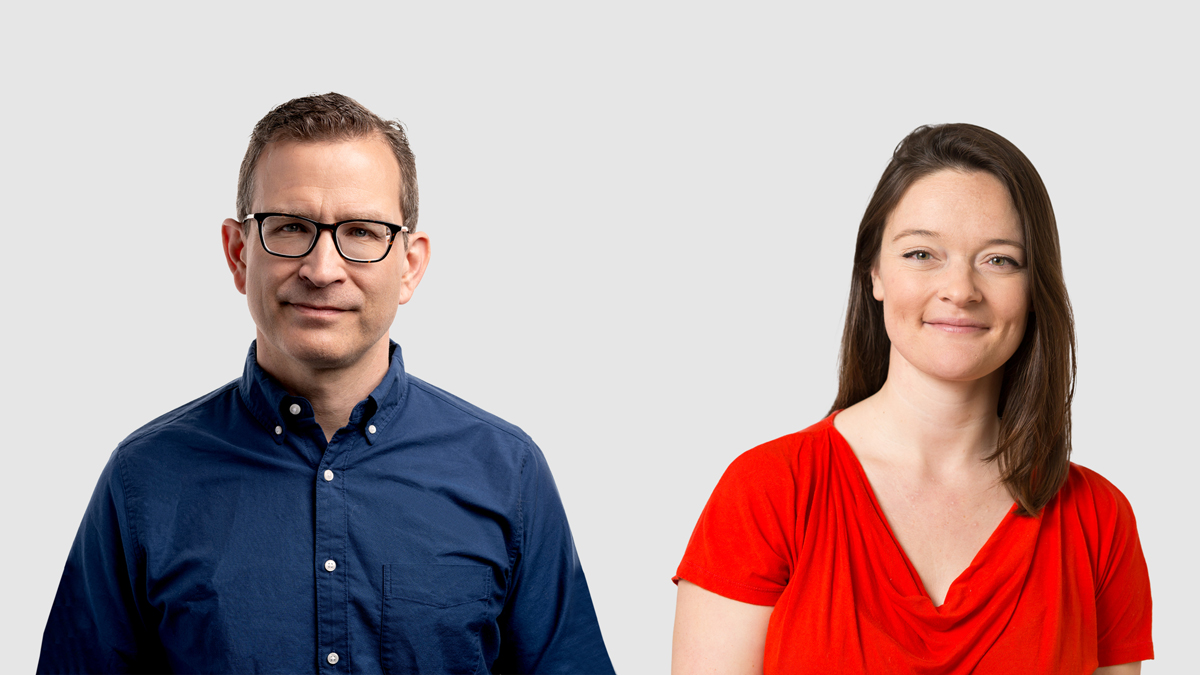 The next chapter in agriculture

Friedrich, GFI’s President and Founder, and Lucas, GFI Europe’s Corporate Engagement Manager, explain how The Good Food Institute is advancing alternative proteins, how new players in the space are making an impact and what needs to happen for alternative proteins to fulfill their potential.

At GEA, we’re helping the world realize the promise of alternative proteins.

We’re ready. Are you?