Sisters Katie and Lesley Bryson work together to operate Carl-Lou Farms in Watford, Ontario, Canada. Having grown up on the farm, they greatly value the farm life and are thankful to have the opportunity to raise their children on the farm as well.

At the age of 12, with a grade 8 education, Katie and Lesley’s Grandpa took over running the original Bryson Family Farm when their Great Grandpa’s polio had progressed. They were the first farmers in Lambton County to put in a parlour (single 4) because their Great Grandpa loved milking but could only stand. In 1959 their Grandparents purchased their current dairy farm and called it Carl-Lou Farms after themselves, Carl and Lucy Bryson. Over the years, Grandpa Carl has done many things in the farming community, including having a large custom operation, showing cattle, and being a Badger farm equipment distributor. Of all this, his main passion (besides his wife, of course!) was his love of milking!

Between farming, custom work and children, in 1979, Carl needed some help, and he put out a nationwide advertisement for a main herdsman position. Through a long grapevine, Alan Bryson applied for the position from England! No one applied to the position locally, so Carl sponsored Alan to come here to live. One thing led to another, and Alan married the love of his life Darlene, Carl’s youngest. Over the years, he continued as the main herdsman, and he instilled the love of farming in his two daughters Katie and Lesley.

After their Grandpa Carl passed away, Katie and Lesley purchased the farm with the goal to “bring the farm back to its glory years.” Alan had planned to mentor and assist his daughters with the big learning curve that comes with running a farm, but sadly he passed away after a car accident just one year into the sisters owning the farm. Katie and Lesley said, “This tragedy made us more determined to succeed. We are very proud to be an operation that is only female-owned”. As young mothers, this is what also pushed them to inquire more about robots when the time came to update their outdated parlour. It was also important for them to find a way to make it work within their current facility.

We are very proud to be an operation that is only female-owned."

GEA DairyRobot R9500, the heart of their success

They decided to go with the GEA DairyRobot R9500 robot in their existing barn, and renovations were made to add sand stalls and a pack behind the robot location. After the robot start-up, the parlour was removed, and a second pack was added in its place. “We are beyond surprised at how well the transition went! Within one week of the start-up, half of the herd had fully adjusted to going through the robot. The ladies love it, and we’ve seen a big improvement in herd health and our capabilities to monitor and catch illnesses before they happen. The retrofit was a success, and we would encourage others who may be in a similar situation that retrofits are nothing to be shy about. Thank you to the team at Dairy Lane System who gave us this option and not the typical “no build a new barn” response.” 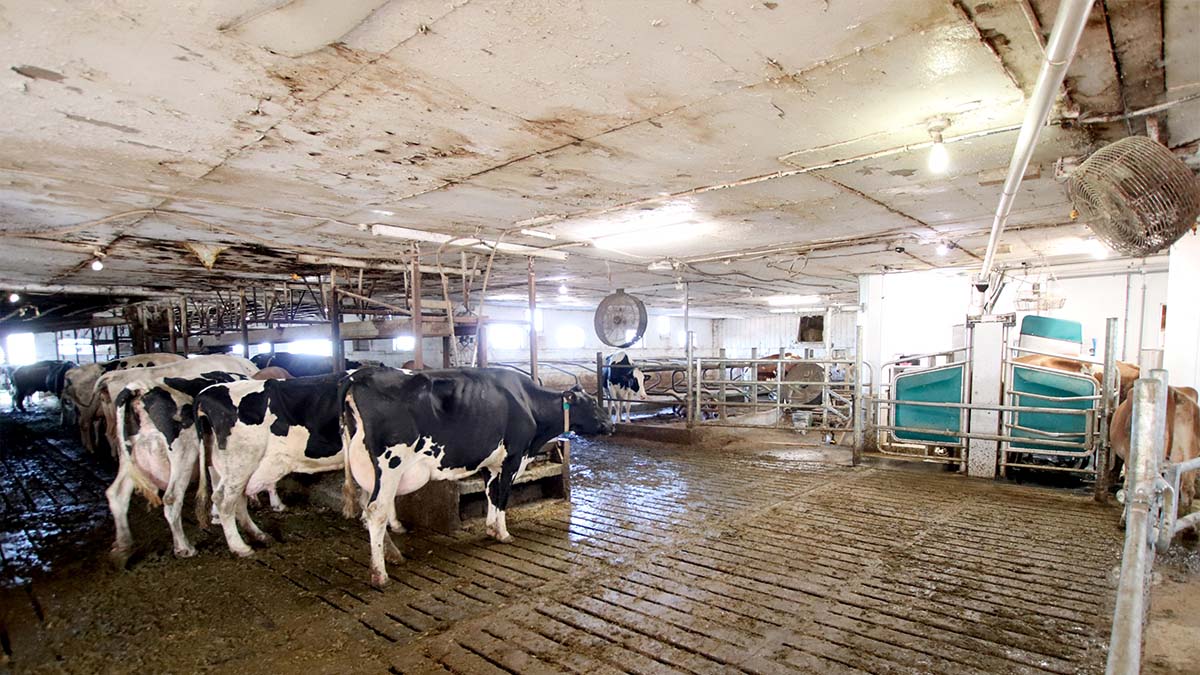 The Bryson sisters have upgraded their facility with the latest state of the art technology to improve milking efficiency and herd health.

The retrofit was a success, and we would encourage others who may be in a similar situation that retrofits are nothing to be shy about. Thank you to the team at DLS who gave us this option and not the typical “no build a new barn” response."

They are a proud half Holstein, half Jersey herd with an average so far of 2.79 robot visits. “38.6 kg is the best average since we started, that number may not seem great to some people out there, but we could hardly break the 28 kg average in our barn with the parlour. With cows entering a higher and longer peak, we have ten cows over 45+ kg, and of those six are over 50+ kg, with one sitting at 63.4 kg at 82 DIM.”

The sisters are beyond surprised at how well the transition went! Within one week of the start-up, half of the herd had fully adjusted to going through the robot.

Thank you to Mark Wescott from Dairy Lane System, Komoka, Ontario, Canada, for the story and pictures.