Tim Hofstra was born and raised on his parent’s farm in Alberta. Growing up as one of seven brothers, he knew he never had much of a chance to take over his parent’s farm, but instead, along with his wife Debbie, he started his own family farm in July 1978.

Tim and Debbie started with 39 cows in a tie stall barn and grew to 65 cows by the early 1990s and 82 cows by the late 1990s. They had expanded the tie stall barn a couple of times to accommodate the growth. The Hofstra family enjoyed milking in their tie stall barn and kept the cows clean and the barn updated with the best that was available for tie stalls. Then September 29, 2020, came along. A day the family will never forget as they experienced a barn fire that would eventually change the direction of the farm. Fortunately for them, the cows happened to be in the field that afternoon, specifically in the corral, having their hoof trimming done. They have a purebred herd and tend to keep their cows longer, so they were relieved to have all of their cows in good health despite the fire.

Their next step was to find a transitional home for their cows while they planned a new milking barn. A farm about 20 kilometers away had recently sold out and had a vacant bedding pack barn with a Double 6 GEA parlour. The Hofstra’s needed to do some minor renovations to get it going, and the empty barn worked well for the purebred herd to utilize during the transitional period. 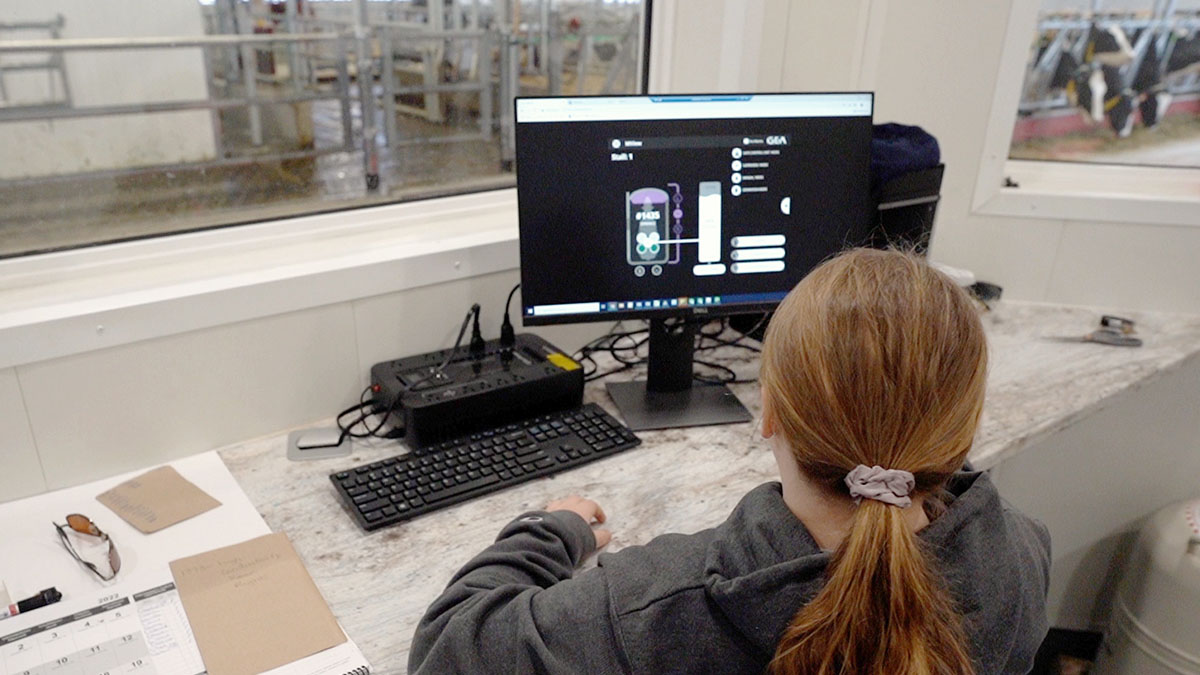 All family members are involved in the farm operation.

Currently on the farm is Tim and Debbie, their son-in-law, Arjan and daughter Heidi. Tim is the farm manager and does all the maintenance and repairs, fieldwork, and barn work whenever it’s needed. Tim is also heavily involved in the industry and travels just about every week. Tim says his wife Debbie “can do it all.” While she primarily handles the bookkeeping and proAction work, she fills in wherever and whenever she can help. Arjan is the herd manager, and he performs all of the day-to-day herd health, breeding and TMR mixing and feeding. Heidi works as a full-time Program Director at the local hospital and is always helping out in the barn on her off days. She is also a 4H club leader, and her children are involved in the 4H and on the farm. The family also has a cow/calf beef operation, and they raise 300-400 head and grow all the feed for the beef operation on their farm.

Decision to go with milking robots

With Tim’s industry involvement, he had been exposed to many robotic dairy barns and was well versed in the pros and cons of robots. Tim and Debbie believed that robotic milking was the future. Their two biggest deciding factors to go with robotics came down to their cows and the local labour situation. They have all high-bred cows, to maximize their cow’s efficiency they thought it would be wise to milk three times per day, but they were never ready for that commitment! With robots, this is feasible without having to create that fixed third milking time. In terms of labour, they had found it hard to find reliable milkers and choosing robots eliminated that issue.

Decision to go with the GEA DairyRobot R9500 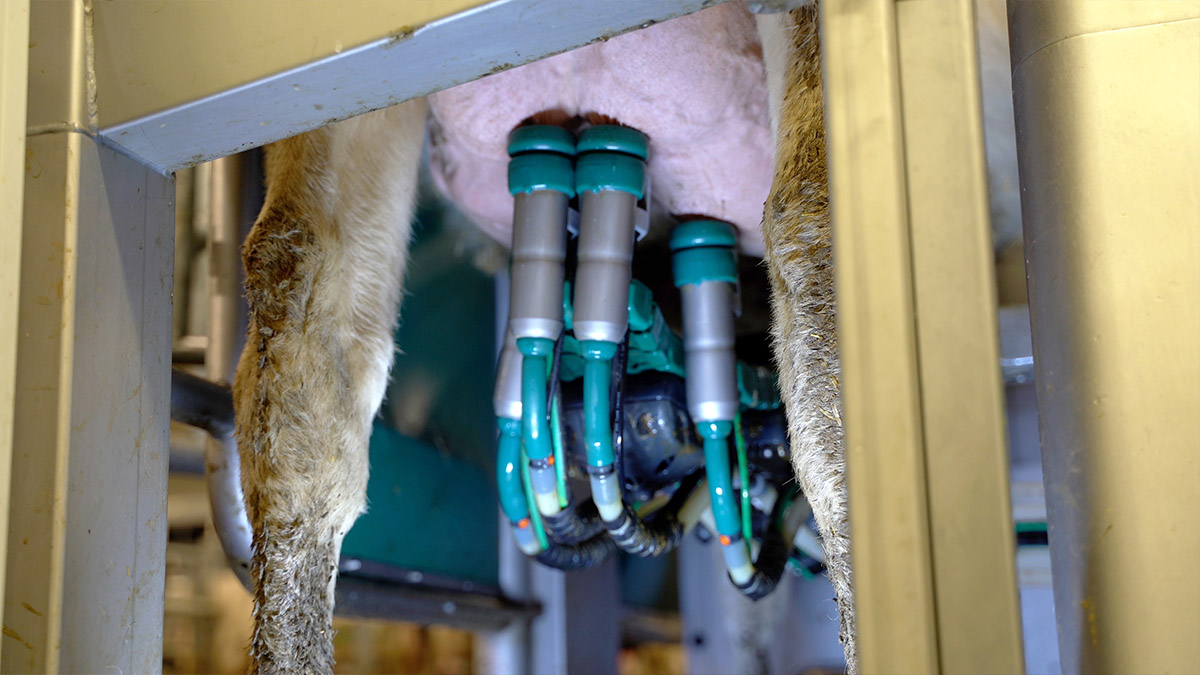 GEA’s proven In-Liner EverythingTM technology performs every step of the milking process — stimulation, teat cleaning, forestripping, milk harvest and post‑dipping — in a single attachment. Plus, milk analysis, milk flow monitoring and removal are done by quarter. It maximizes the amount of milk going to the tank and helps prevent overmilking teat by teat and facilitates a complete milk-out on all four quarters

In the beginning, the GEA robot was not an option for the Hofstra’s. The previous GEA dealer in the Leduc Alberta area was strong with parlours, but there had not been many GEA robots installed. When Dairy Lane Systems (DLS) purchased the GEA dealership in Leduc, the family decided to visit Ontario and tour 8-10 robot farms with DLS. Tim said,

“This tour opened our eyes and made us realize we needed to take a more in-depth look at the GEA robot. When we got back home, we began to research. We connected with other farmers throughout Canada with GEA robots to ask many questions and get their objective, unsolicited pros and cons, and we found this very helpful. Of course, we liked the simple, sleek design, the all-in-one milking unit for teat prep, milking and post dipping, and that we could sort and dump milk. Pricewise, GEA was right in the middle of the other two options on the table, and GEA had an impressive warranty. The DLS shop location being only 20 minutes away from us played a factor in our decision too.”

"We liked the simple, sleek design, the all-in-one milking unit for teat prep, milking and post dipping, and that we could sort and dump milk. Pricewise, GEA was right in the middle of the other two options on the table, and GEA had an impressive warranty."- Tim Hofstra 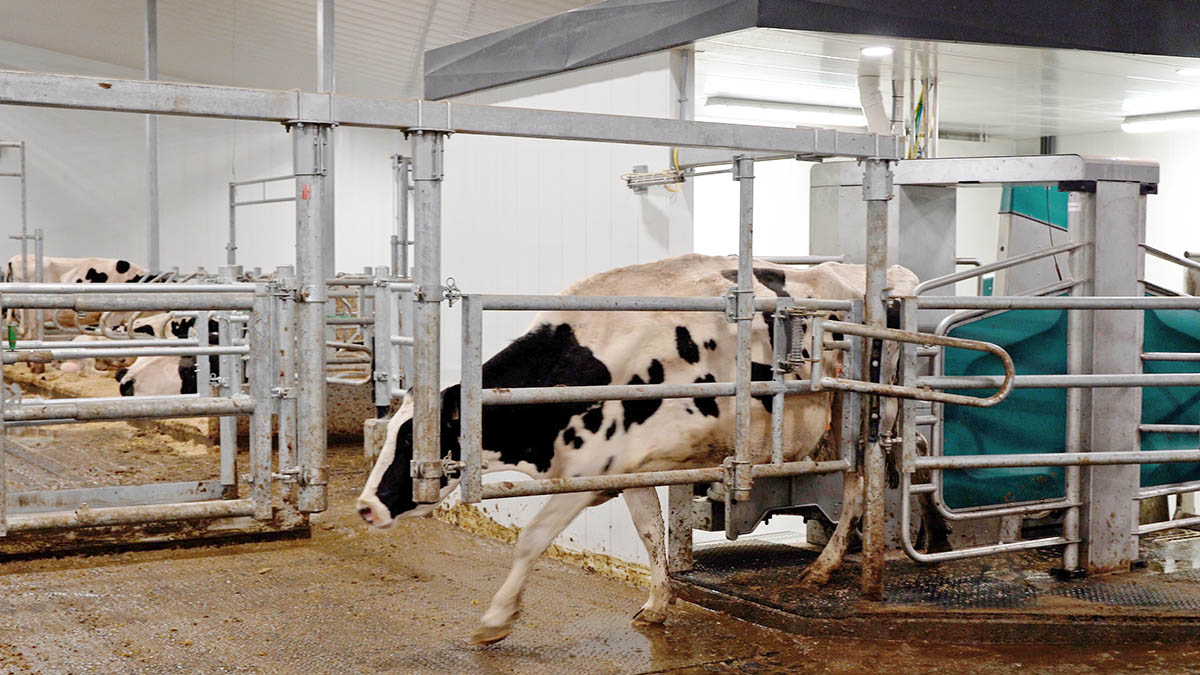 In the beginning, the GEA robot was not an option. The Hofstra’s visited Ontario and toured 8-10 robot farms and made them realize that they needed to take a more in-depth look at the GEA robot.

Detimdale Holsteins was the first GEA robot startup in Alberta by DLS. The family was quite impressed with how the startup went, and they felt very supported. Tim said,

“It was evident DLS wanted it to go smoothly; they provided us with 24/7 support for the first five days. The staff was excellent to work with, very helpful, and their experience was greatly appreciated.”

In the first 5 weeks, the Hofstra’s started with 100 purebred cows, expecting to cull several. They have been delighted to have culled zero at this point. Tim said,

“We are very satisfied with moving 100 cows into the robot barn, and even with a few odd teats, not having to cull any cows, The manual attach is great for fresh heifers or a cow with odd teats as the robot learns the cow. In the first 5 weeks we are at 2.5 milkings per cow with 4.6 visits per cow.”

"The manual attach is great for fresh heifers or a cow with odd teats as the robot learns the cow. In the first 5 weeks we are at 2.5 milkings per cow with 4.6 visits per cow."- Tim Hofstra

The rest of the barn 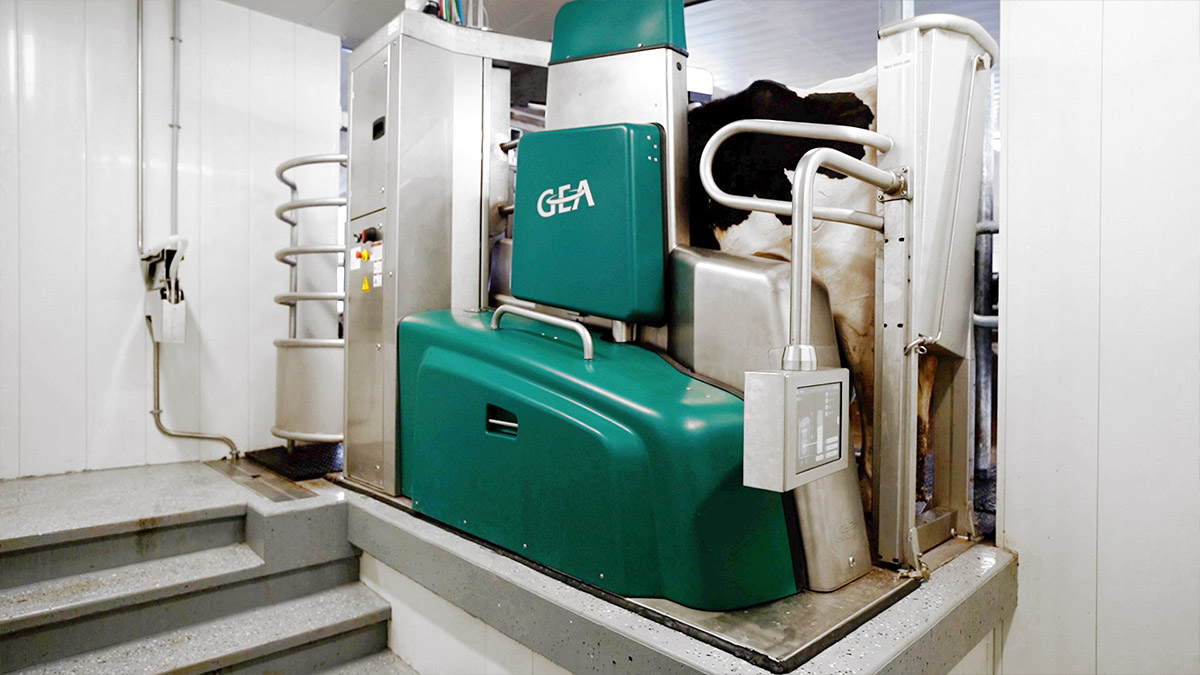 Tim said, “Our attitude when we planned and built the barn was to build with top quality throughout the barn, from construction to finish. We had the opportunity to work with a green build with bare ground, allowing us to plan for lots of space outside the barn to accommodate truck deliveries, tractor work, etc. We also carried this through by building a wider barn to work with a 6-row perimeter feed layout”. Tim and the family had visited many robot barns and did lots of research on the barn layout. Through industry experts, other dairy producers, and planning with DLS, they concluded there were many benefits to the 6-row perimeter feed layout and that it was the ideal barn layout for them.

“Overall, planning and building the barn was quite a process. I would encourage farmers to look at lots of barns and do their homework to pick what is right for their family and farm. For our farm, DLS has been great to work with. In the beginning, we felt like we were going out on a limb with them being a new dealer in town. Our confidence increased as we spoke with dairy producers in Ontario and as we worked with DLS throughout the construction process. DLS was very supportive throughout our startup, and the employees in the Alberta office have been fantastic to work with thus far!”

Thank you to Dairy Lane System in Komoka, Ontario, Canada and Mark Wescott for the story and pictures. 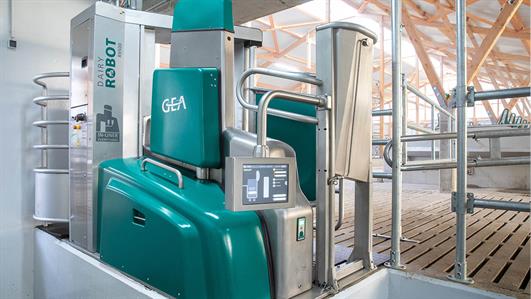