The citizens of Bengaluru experienced the impact growing urbanization can have on water resources literally directly outside their own front doors. Water levels were decreasing and water quality was deteriorating due to the growing population before regional and national government started a huge program to rejuvenate the lakes and reclaim water. Now the citizens can witness how the lakes come back to life, also with the help of GEA decanter centrifuges.

You may have seen the photos and video reels back in 2017 – images of a heavily polluted Bellandur lake in the Bengaluru region of India literally on fire and billowing clouds of smoke. There had been a number of recurring events that exemplified the devastating stresses that population growth, urbanization, and the resulting pollution that they cause, can put on watercourses and water resources anywhere in the world.

Thanks to national and regional government planning and investment, hundreds of water treatment plants are now being built in India’s towns and cities. Technology developed at GEA is playing a key role in this massive drive to treat wastewater and clean up urban and rural lakes and rivers.

In recent years, dozens of GEA environmental Decanters have been installed in water treatment works that have been built in and around the Bengaluru region. The decanters reclaim millions of liters of water from processed sewage sludge. This reclaimed water is then recycled back into to the treatment plant for further processing, before being returned into the waterways or feasibly - with the right treatment - into the potable water system.

Sarakki lake is one of the largest lakes in Bengaluru

Raman Mehta, Vice President of the GEA plant in Bengaluru who is living at the city’s Sarakki lake, explains: "Sarakki is one of the largest lakes in Bengaluru. Traditionally considered one of the most beautiful lakes in the city, Sarakki supported wildlife including thousands of birds, until it began to shrink, and the water began to deteriorate in 2012. After months of investigation and research, civic bodies and local residents started to work together on the rejuvenation of the lake."

"As a part of lake rejuvenation plan by the authorities a 5 MLD sewage treatment plant was installed on the lake side to process waste water. For the last couple of years, I have lived beside this lake and have seen it gradually being transformed", adds Raman. 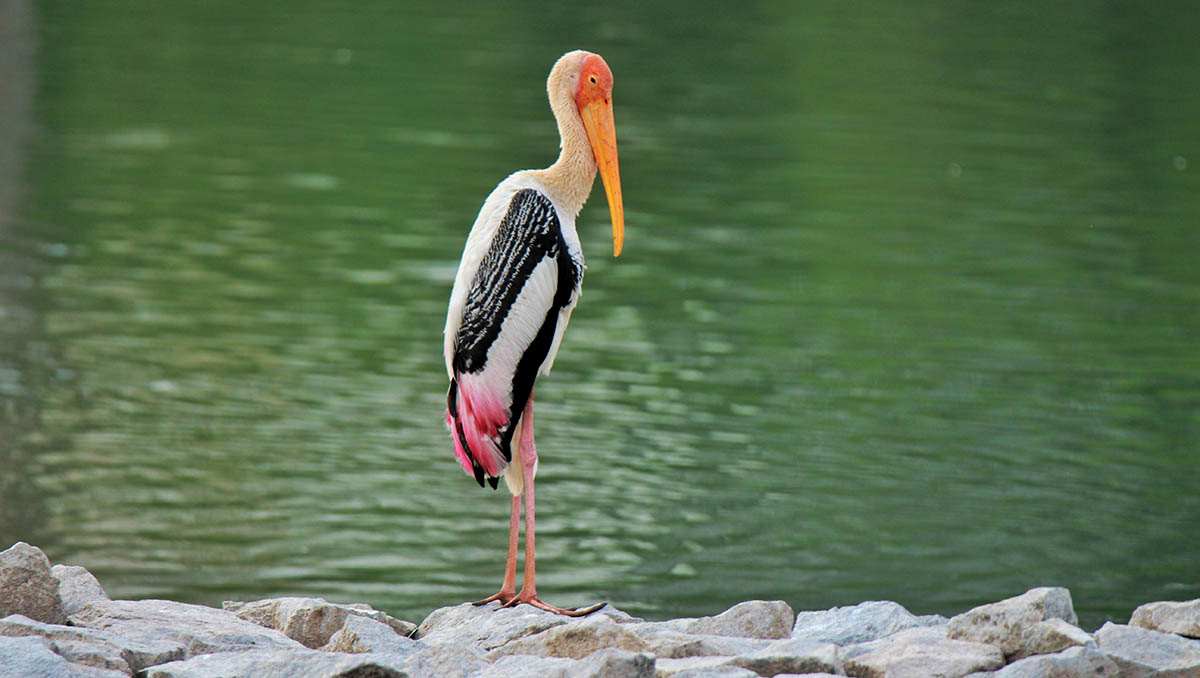 "During lockdown, one day while I was at home clicking photographs of the wildlife from my apartment balcony, I saw that two GEA decanters, which are manufactured in our Bengaluru plant, were being installed at the Sarakki treatment plant, for removing sludge from the waste water," explains Raman. 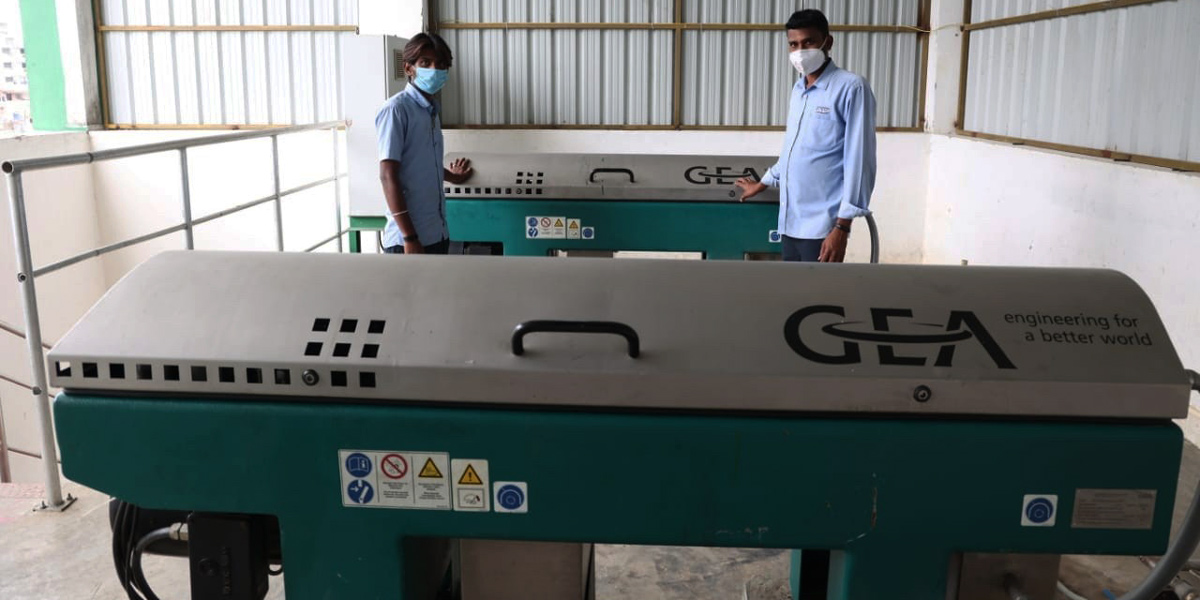 "This is GEA technology in action and playing a key role in efficient waste water treatment, and so helping to sustain the environment. Now, thanks to the clean water being discharged into the lake mixed with rainwater, the lake is thriving and different species of bird are returning back to the lake.”

"The decanters we have installed in and around Bengaluru assist to reclaim almost 1.5 billion liters of water every year. That’s around 600 Olympic swimming pools."
Dinesh Gehani, Regional Product Sales Manager APAC, Business Line Environment at GEA

Dinesh Gehani, Regional Product Sales Manager APAC, Business Line Environment at GEA adds: "In fact, we’ve supplied 55 GEA biosolids Decanter to wastewater plants in Bengaluru. The decanters currently commissioned and operating are assisting in reclaiming 1.48 billion liters of water from the sludge annually, which is being sent for further treatment in the system and return to the water resources. That’s about the same volume as 600 Olympic swimming pools. It’s expected that another 1.22 billion liters of annual water reclamation will be possible over the course of the next few years. We believe that this real-world application of GEA solutions showcases the successful development and use of our technologies as ‘engineering for a better world.’"

India is not unique in witnessing how huge population growth, and urbanization in particular, can directly lead to serious water pollution issues. As one report noted, while rapid urbanization creates opportunities for economic developments, more urban waste is likely to result in contamination of water with multiple pollutants, from human sewage and pathogens, to plastics and chemicals.

Bengaluru, the city of lakes 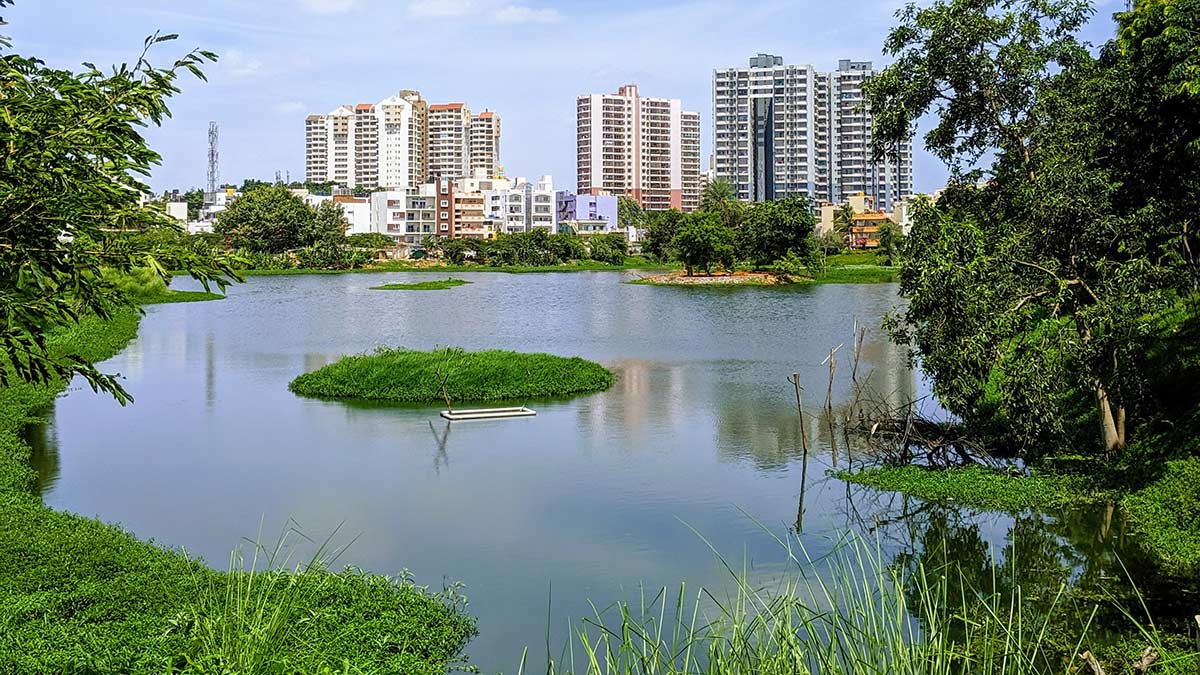 Bengaluru is sited on the Deccan Plateau at a height of about 940 m above sea level. The plateau and valley system that extends around and from the area supported the ancient formation of about 1,000 freshwater lakes in the region, 183 of which are sited in the 1400 km2 region that is now the modern Bengaluru and its environs.

Many of these lakes have been natural havens for both native and migratory wildlife, and traditionally represented important sites for religious and recreational activities both on and around the water, and as sources for drinking water.

Since the early 1990s, increased urbanization – led by massive growth of the IT industry - resulted in huge increases in the city’s population. With huge demands on freshwater stocks, and an insufficient infrastructure to treat the resulting wastewater – which is transported to treatment plants down the natural gradients of the valley system - pollution spilled into the city’s interconnected lakes and streams, growing to unsupportable levels. Previously resident wildlife disappeared, water levels dropped, and the lakes also became unsuitable for human activities.

Bengaluru is supplied with 1400 MLD water from four stages of the Kaveri river – which is situation about 100 km from Bengaluru, by a series of 2000 HP pumps, to a height of nearly 540 meters. The water is first taken through the river’s treatment works, and is then pumped in three stages, up to the city. In addition, another 400 MLD of water is obtained from borewells, and clean lake water. So, around 1800 MLD if water is being generated for the city.

"The Bengaluru lake rejuvenation effort has and continues to represent a formidable undertaking. More than 50 percent of the city’s lakes are treated now with additional treatment works planned, built and commissioned." V. C. Kumar, Additional Chief Engineer (Retd) of the Bengaluru Water Supply & Sewerage Board (BWSSB)

V. C. Kumar, Additional Chief Engineer (Retd) of the Bangalore Water Supply & Sewerage Board (BWSSB) explains: "Initiated as early as the 1990s the Bengaluru lake rejuvenation effort has, and continues to represent, a formidable undertaking. The program is funded largely by the national government and regional bodies, but also involves private-public partnerships. Already 33 treatment plants with a capacity in excess of 1370 MLD capacity have been established in the city and its surroundings, and another three plants of 167 MLD are being constructed, alongside. 14, smaller treatment plants of about 124 MLD are in progress, so that capacity will be around 1663 MLD of treatment water within the next year or so. In total, 95 of the 183 lakes in the city are now being treated, with additional treatment works being planned, built and commissioned."

Investments in the construction of wastewater treatment plants

It's a story that is being played out across all of India. One recent CPCB report (National Inventory of Treatment Plants) stated that the country still has a 40,000 MLD deficit of clean water capacity, and that only 30% of wastewater countrywide is being treated. The aim is that within just a few years, 90% of wastewater countrywide will be treated, not just in the major cities, but also in smaller towns and villages. Financing is in place by the Indian National Government and the regional states, together with external, international investment schemes that are support construction of treatment plants across the country.

Decanter centrifuges are used at the latter, tertiary stage of the water treatment process, after the primary and secondary biological processing, and the inclusion of the centrifuges means that millions of liters of biologically treated wastewater can be reclaimed, recycled and retreated, before discharge directly into lakes and other watercourses.

V. S. Narayanan, experienced environmental project manager and consultant to various engineering companies, stresses the role decanter centrifuges play in water reclamation: "In a recent initiative, projects that started with rejuvenation of lakes in and around Bengaluru are now being extended to the construction of treatment plants that will clean up watercourses that pass directly through the city. The aim is to create waterways that are clean enough to be used for boating, and other recreational activities. This ability to reclaim water using the centrifuge technology is hugely beneficial to the clean-up and conservation effort, and the Karnataka state pollution control board has been the first in the country to mandate that even smaller water treatment plants with a capacity lower than 500,000 liters per day (500 kld) should have decanter centrifuges. Thanks to GEA decanters, valuable water is recovered from the process sludge.”

GEA has a multi-purpose campus production site in Bengaluru, supplying different industries and applying global GEA quality standards. GEA decanter centrifuges are manufactured locally and are able to support the government initiatives of rejuvenation of lakes and other water bodies through its state-of-art centrifuge technologies. GEA brings its expert knowledge in supporting their valued customers with their local presence. Our experts in the region are always on hand to support installation, commissioning, and day-to-day operation. 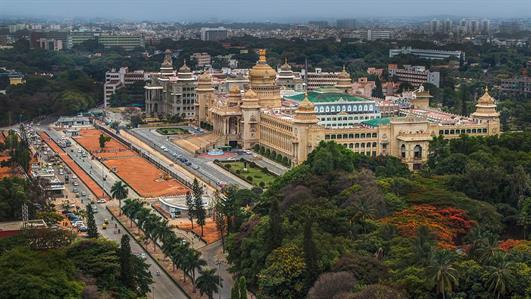 Bengaluru, is the capital of the Indian state of Karnataka. The city, which is also known as the Silicon Valley of India, has an urban population estimated at 12.34 million people in 2017, and a population density that has increased 47% in just 10 years. Bengaluru is now the 24th most populous city in the world.