Graeme manages 880 cows across three low input dairy farms of 90, 126 and 220ha (effective) at Pakotai in Northland. He bought and converted his first farm from drystock to dairy in 1982 and built the original milking parlour. In 1995, he added the neighbouring property, doubling the size of that farm. However, a river divided the farm creating access issues for both cows and milk tankers.

“We’ve reconfigured the farm over the last couple of years to drive efficiency” Graeme notes. “First, was the decision to build a bridge over the river, which changed the farm completely, requiring a modern dairy in a central part of the farm.” A new 26 milking point GEA iXPRESS, commissioned in August 2018, replaces the original parlour built in 1982.

For Graeme the milking parlour is not ‘just a cow shed’, it’s the hub of the farm. “I wanted a parlour that one person could comfortably handle milking 250 cows once daily” he explains. “Something modern and good to work in, but also cost-effective. Having experience with GEA is why he chose GEA milking equipment (Graeme installed a GEA rotary parlour in 2014 on the 220ha farm) and he’s long term user of GEA’s FIL dairy hygiene products.

“It made sense to stick with the same supplier, plus the price for the iXPRESS was competitive. “I also liked GEA’s Classic 300E clusters, which were a lot lighter than our old ones and support efficient cupping techniques.” GEA’s Classic 300E milking clusters are designed for high performance cows who often have a narrower teat configuration in the rear quarters; the claw is designed with closer positioning of the short milk tubes, providing a good fit for the rear udder. Like most GEA solutions, the clusters are modular and can be adapted to different udder shapes for optimal cow comfort and efficient cupping. eg front cups remain attached while bringing up the rear cups simultaneously

Six months in, he’s happy that he’s achieved his objectives. “We think the combined changes have knocked at least half an hour off milking, facilitating a possible increase to 260 cows.” Adapting to the new system was easy too, adds Graeme. The iXPRESS is perfect for his small operation. Learning now to use it was simple and going from 22 to 26 clusters was seamless. 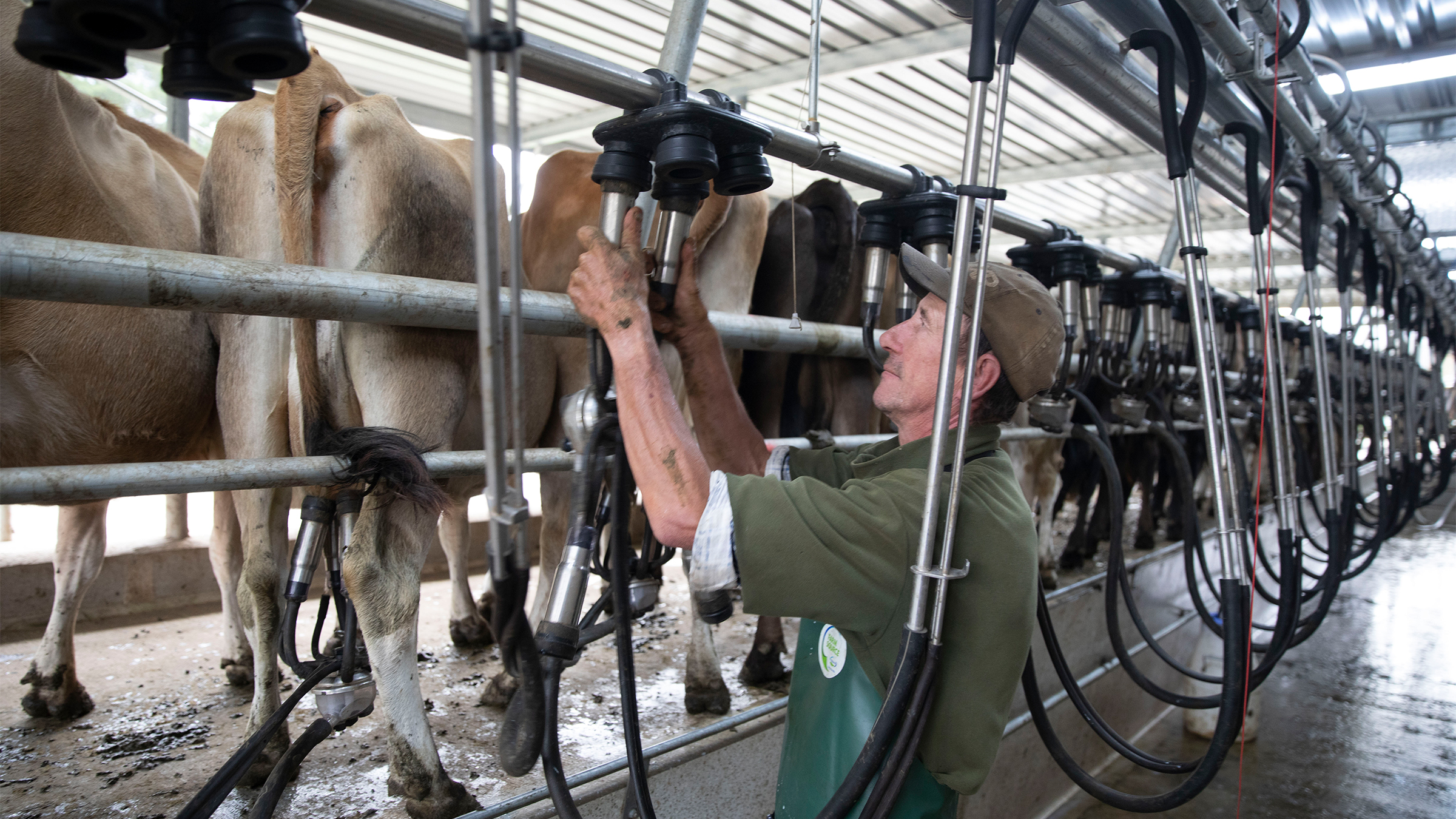 “Our milker is very happy with the new clusters. We use fast milking liners at the rear and ones that hold on well in the front due to high OAD (once a day) milk volumes.” The system is also modular, meaning components can be ‘bolted-on’ for extra functionality, including non-GEA equipment.

Add in the circular gates and automatic wash down system, plus an automatic teat spray system and drafter, and milking is comfortable for one milker to manage. Integrated controls ensure a one-switch operation starts the entire iXPRESS.