We at GEA, in collaboration with MSD, a tradename of Merck & Co., Inc. (Kenilworth, NJ, USA), recently conducted a successful robustness trial on GEA’s ConsiGma® CDC 50 Continuous Direct Compression system for a period of 120 hours. The positive outcome highlights the suitability of the technology — known as continuous manufacturing — for the efficient completion of campaigns that formerly involved longer and more complex batch processes.

As the continuous processing of pharmaceuticals has moved out of the laboratory and into production environments, production equipment must be able to manufacture high-quality products reliably and in compliance with regulations over longer periods of time. This test moves interested parties closer to achieving that goal.

The trial run was monitored using a suite of tools, including the high-frequency measurement of more than 100 process and environmental parameters, such as spectroscopic analysis of the powder blend and physical testing of finished product; soft sensors were used to predict critical quality attributes (CQAs).

Particularly noteworthy was the use of an advanced process model to predict tablet potency and accept or reject tablets at the end of the production line. This advanced control strategy was developed by characterizing the residence time distribution (RTD) of each blending stage using near infrared spectroscopy (NIR) techniques with a GEA Lighthouse Probe™ embedded within the production line.

By the end of the 120-hour trial, more than 15 million tablets had been made using approximately 6200 kg of raw material in a single production area. Importantly, final analysis indicated that the campaign length could be increased even more and run for longer. Benchmarking against a typical batch process, producing the same quantity of tablets would have required 10 separate campaigns and taken a team of operators working in parallel in three production areas 5–7 days.

Summary statistics revealed that greater than 99.5% of the production met or exceeded CQA specifications, and less than 0.5% of the tablets were out-of-specification. Additionally, production uptime of 97% demonstrated reliability that exceeded industry benchmarks, and reconciliation above 99% showed good accountability of raw material and finished product.

In conclusion, the 120-hour campaign achieved the goal of demonstrating the capability of continuous manufacturing to reliably, flexibly and compliantly produce high quality drug products on demand. 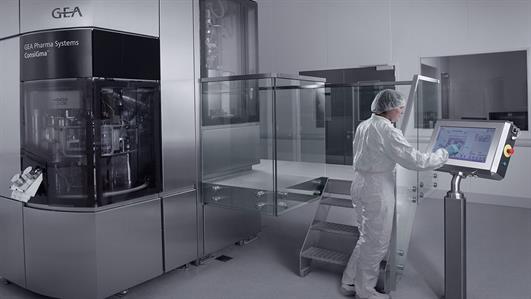