With the theme "Future on board. Today", GEA presents innovative solutions that combine environmental protection with economy, reliability and safety at SMM, the world's leading trade fair for the maritime industry. SMM takes place in the Hamburg exhibition halls from September 4 to 7, 2018. The GEA booth is located in hall A3, booth 216, where the following solutions and products will be exhibited: 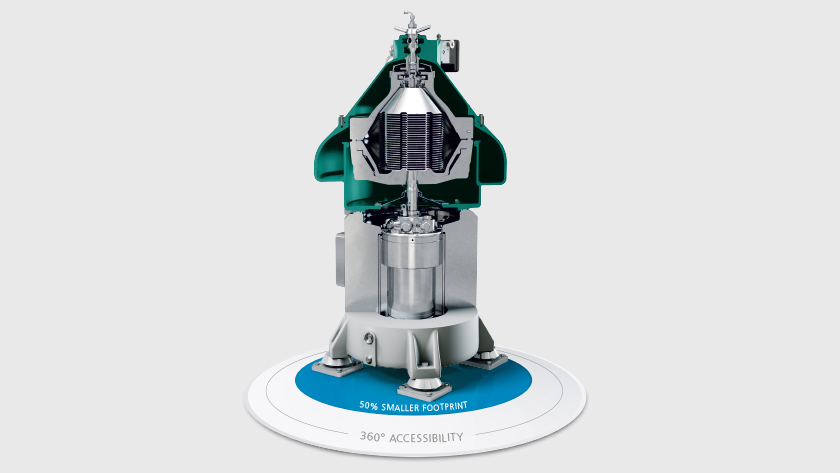 The new GEA separator for marine applications massively changes the working day on board. After a service interval of 16,000 operating hours, the compact plug-and-play exchange unit is replaced. No unplanned maintenance is required. The maintenance effort on board is reduced by up to 90% with simultaneous lower maintenance costs and maximum machine availability. GEA customers receive an OEM-certified, interchangeable drive module delivered to a location of their choice worldwide - same day delivery is possible.

With an efficiency level of more than 96% and potential savings of up to 30,000 kWh per year, the integrated direct drive is the heart of GEA's new separator series. The direct drive with its synchronous motor requires no belt and no coupling. For the first time, spindle and motor are available as a compact plug-and-play "exchange unit". This greatly simplifies installation and maintenance of the machine, the separator is accessible from all sides and the space requirement on board is reduced by 50%.

Based on the CWE 15375 standard, the new GEA marine Separator offers full transparency, the best certified flow rates (CFR) and it is precisely tailored to the requirements of the main engine on board of the customer. 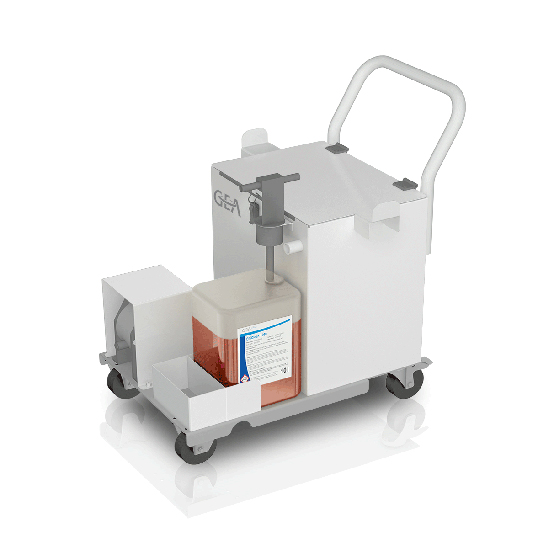 The GEA EffiClean unit contains all components, tools and accessories

Manual cleaning of the disc stacks of mineral oil separators used to be a laborious and time-consuming process. With EffiClean, GEA now supplies a solution with which disc stacks can be cleaned in just 20 minutes – instead of usually up to eight hours. The cleaning process can be carried out directly on the running machine, disassembly is not necessary. With a minimum footprint of 0.4 sqm, the mobile unit can even fit into the smallest of spaces. The robust stainless steel construction withstands the demanding operating conditions. In combination with GEA EffiClean, the efficiency of the GEA marine Separator is additionally increased.

In accordance with the needs of big data, the demand for more transparent processing and real-time operating data is increasing also in the maritime industry. The equipment needs to be interfaced with the ship’s management system and numerous processes need to be controlled, visualized and analyzed within the network. In order to meet these challenges, GEA’s MTP (Module Type Package) is now also available for the marine industry. With the GEA IO touch panel control and a direct connection to a SCADA (Supervisory Control and Data Acquisition) system, the new GEA marine Separator follows a state-of-the-art "Plug and Produce" approach. Smart Connectivity enables a standardized process for creating module connections.

Ballast water treatment without chemicals with the GEA BallastMaster marineX 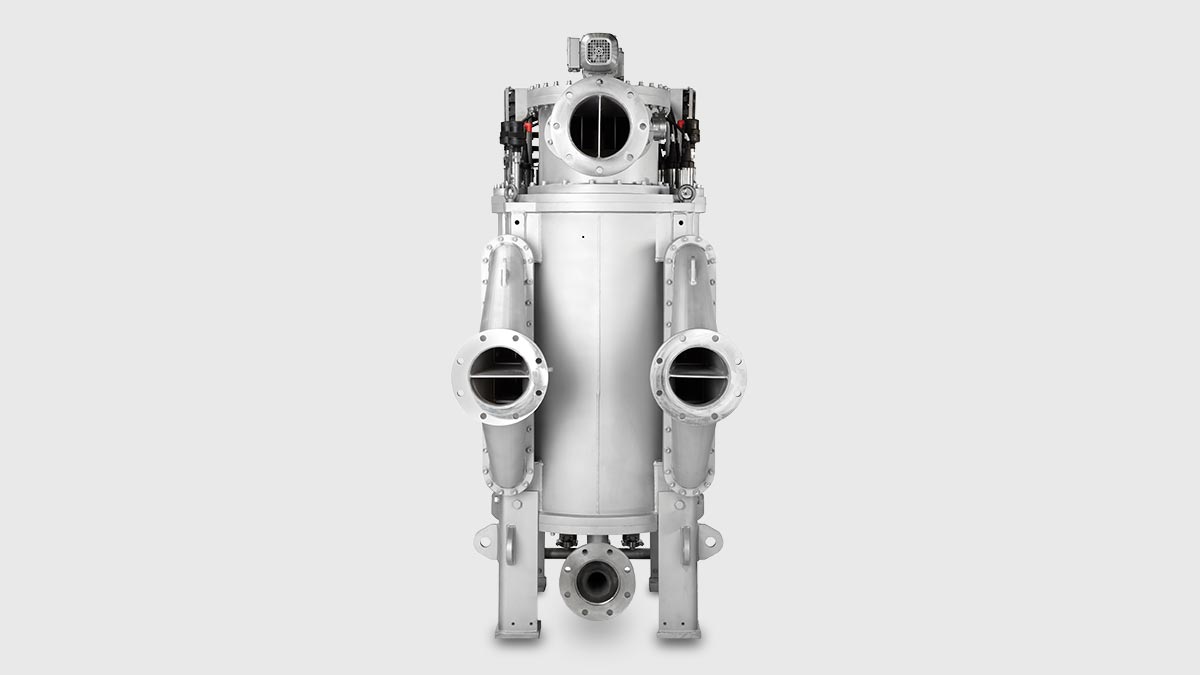 In cooperation with Trojan Technologies GEA offers the BallastMaster marineX for ballast water treatment. The GEA BallastMaster marineX is designed for a throughput of 150 - 1500 m³/h and is available as explosion-proof version.  The system effectively disinfects organisms with a UVT value of 44% and gets by completely without chemicals. It combines effective 32-μm filtration with subsequent UV irradiation for disinfection in one housing. This prevents germs or organisms from entering foreign ecosystems when the ballast water is drained. The differential pressure controlled filter backwashing and quartz flask cleaning allow stable disinfection and compliance with IMO limits. The GEA BallastMaster marineX provides excellent process values through filtration in conjunction with UV technology, especially in turbid water conditions, e.g. in rivers. Due to its compact design, it requires up to 50% less space than conventional systems.

GEA offers a new transcritical CO2 industrial refrigeration solution for marine-based industries. The modular plants operate using multiple GEA Bock compressors that are ideally suited to the high pressure of CO2 refrigeration systems. The system can be tailored to just about any available onboard space, is designed to be safe, robust and reliable, however rough the environmental conditions. Installation can be carried out while the ship is on the high seas, without affecting continued use of the legacy system before switchover. 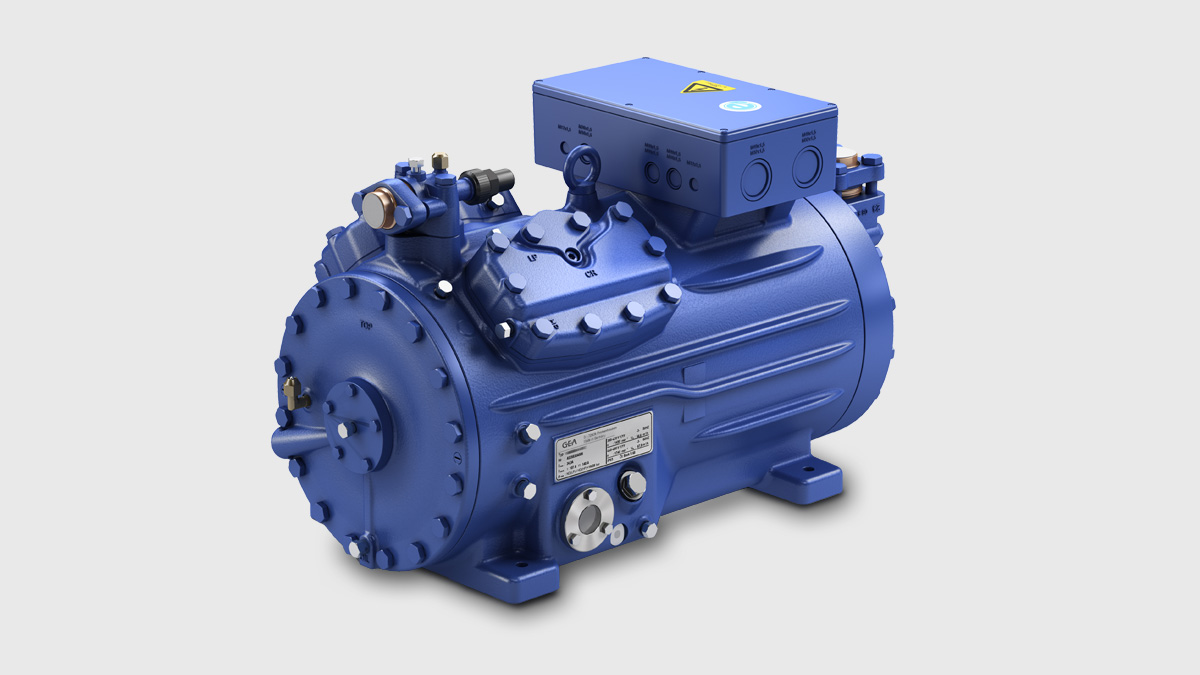 With the reciprocating compressors of the GEA Bock HG44e and GEA Bock F76 series, GEA proves that high efficiency does not have to be at the expense of longevity.

The semi-hermetic reciprocating compressors represent a wide range of suction gas-cooled compressors with maximum flow rates of approx. 6.5 to 337.5 m³/h (at 60 Hz). The series thus covers the entire cooling and air-conditioning requirements on ships, from cabin and provisions cooling to process cooling. The optimized semi-hermetic compressors benefit from a state-of-the-art valve plate system, highly efficient electric motors and an improved gas flow compared to its predecessors.

The F-series comprises open, single-stage compressors with 2, 4, 6 or 8 cylinders, which are designed for common synthetic refrigerants (e.g. R134a, R404A, R507, R407C, R22, R448, R449). The maximum flow rates range from 12.6 to 337.5 m³/h (1,740 l/min). They are driven either directly via a coupling or with a V-belt. Due to the large-volume oil sump and the reliable oil pump, which is independent of the direction of rotation, it can be used over a wide speed range. A stable drive, successful mass balancing and low pulsation contribute to robustness and smooth running. The F-series runs smoothly on both axles even at short gradients of up to 30°, making it ideal for use at sea. The four new models in the F76 series replace the proven F14 and F16 compressors.

With the development of the mexxFlow plate system, GEA was a pioneer in the field of highly efficient valve plates for higher capacities. With the knowledge gained from practical experience over the past decade, GEA has consistently improved and further developed the system. The result, mexxFlow 2.0, has already been tried and proven in GEA’s large semi-hermetic compressors. The new mexxFlow 2.0 valve system is available for GEA’s revised F series F76 and F88. The second generation of the valve plate system shows even greater resistance with a consistent high efficiency. This makes it suitable even for the toughest requirements of marine applications. 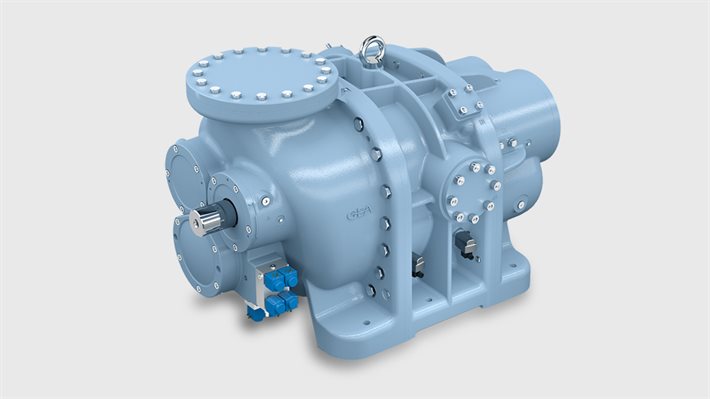 The GEA Grassso LT series is an example of GEA's many seaworthy screw compressors. It combines high performance with a long service life and covers maximum flow rates of approx. 800 to 11,500 m³/h with 16 sizes. Resource-saving operation is made possible by features such as the special 5/6 gyro profile and the ingenious axle bearing. The compressors are infinitely variable in the range from 10 to 100 % of the nominal capacity and can optionally be equipped with a Vi-slider, with which the internal volume ratio can be changed. The low pulsation has a positive effect in full and partial load operation, which protects both the compressor itself and the connected cooling system. GEA compressors are not only durable and service-friendly under all operating conditions due to their excellent vibration properties.

The GEA press event with guided tour takes place on Tuesday, September 4th, at 2 p.m. at GEA’s booth in hall A3, booth 216.