Aseptic technology today is the best production system for the beverage industry. Having said this, the investment required to install an aseptic technology system is higher, in comparison to other systems with minor capability. However, the total production and distribution costs (per single unit produced) are notably lower as compared to hotfill and ultraclean lines.

An Aseptic line permits significant advantages as compared to other competitive solutions, and do not limit the extent of a company’s growth potential. This is particularly true if we also consider the possibility that the company may extend its range of products and have the confidence that they will attain maximum quality that only an aseptic system can offer.
5.1.

Is Aseptic technology suitable for your needs?

How much is the potential market worth?

Up to 20 million bottles/year
The investment necessary to purchase an aseptic system with low outputs significantly increases the effect of amortization costs upon the price per single unit. However, the value of the product plays an important role (and therefore the quality level requested by the market), as it could justify the investment even in view of far lower output productions

Over 20 million bottles/year
Aseptic lines are designed to run 24 hours a day and ensure a high level of efficiency. This matches producer requirements perfectly, as high volumes are attained. High outputs have a minor influence on amortization costs of the system and allow producers to spread the effects of the costs of the auxiliary units (process fluids systems).

How much is it worth to preserve the quality of your product?

Average quality Products
Firms specialized in the production of lower price beverages whose quality aspect is of secondary importance may not call for the benefits offered by aseptic technology in terms of organoleptic characteristics of the product.

Standard quality Products
Aseptic technology permits a high level of repeatability and minimizes the use of additives. For this reason it is recommendable to use this technology for all productions, especially for co-packers, in order to avoid complaints and possible recall problems.

High quality products
Aseptic technology permits a better preservation of the peculiar characteristics of the best raw materials available. This permits the production of exceptional products, based on rare and unique ingredients that permit the conquering of increasingly demanding and expanding markets.

What are your requirements in terms of container shape?

Standard design
The basic requirements tied to a standard design may be realized starting from diverse technologies, including technologies with minor purchasing costs such as hot fill. However, have you ever thought of how a custom- made container could further benefit your business? Not considering that Hot fill bottles have in average a higher weight than aseptic bottles, that means higher cost for PET.

Custom-Made design
If your product deserves a container that makes the product recognizable and unique, aseptic technology is exactly what you are looking for. The filling operation at room temperature makes said technology compatible with containers of various shapes and sizes; moreover, it is possible to use very lightweight and significantly cheaper bottles.

Custom-made and continuously evolving design
If your design in addition to being unique changes continuously, then aseptic technology is your best bet. Other parameters also have to be taken into account carefully: in particular, the movement of the bottles and the size changeover modalities of the lines you are about to evaluate in order to verify possible size restrictions. Timing and costs tied to the implementation of new container sizes on the line also need to be evaluated.

How much does your product have to cost?

Evaluation of the investment

Prior to planning the purchasing of an aseptic line, it is fundamental to first consider the types of products to be filled, the potential markets in which the products are to be launched, and the company structure, as said basic data will help to outline the investment. Aseptic technology presently entails higher initial investment costs as compared to other technology, whereas the overall management costs are far lower. This is why an initial precise planning of the investments becomes very important for projects that consider the installation of aseptic lines.

The basis of the outflows is the so-called life cycle cost of the system. In other words, the initial purchase costs of a bottling line are viewed on the basis of its entire life cycle and are compared with the operational revenues gained from that system during its life cycle. These costs also include updatings implemented by internal employees after the initial purchase and operational costs tied to the updating, maintenance and operation of the line.

When evaluating an investment to purchase an aseptic line, the analysis of the life cycle cost must take into account a higher purchase price for the system as compared to alternative technology (e.g. hot fill), a lower cost in terms of containers and caps due to the possibility of using lightweight PET containers, and a cost per single sterilization cycle determined by the cost of the chemical agents and power used. Other factors that impact the calculation include maintenance costs, contamination control, filter systems and laboratory activity costs. On the other hand, the evaluation is to be extended to the cost for distribution activities which are performed at room temperature and not in cold chain; moreover, it is necessary to determine as to how far the possibility of having appealing containers with customized shapes and dimensions affects the possibility of obtaining major revenues, due to a more competitive ranking of the product upon the market.

Three considerations are normally made that define the feasibility and the features of the investment. All three depart from an analysis of the estimated financial flows during the life cycle of the system; all three consider the time factor as the essential element for the analysis.

In brief, the investment criteria are many. Typically it is beneficial to perform comparable project evaluations using these three measurements together to reach an appropriate evaluation.
5.2.1.

Choose according to your own needs: the value curve

In order to choose among the diverse aseptic technology available, the one that is more suitable to a particular project, it is important to perform a series of systematical evaluations upon the different technological, organizational, management features of the various options.

In order to facilitate the analysis it is a good idea to assess each of these characteristics on the basis of the importance that they cover for the actual project. The assessment criteria must be focused as far as possible, on the notion of the effective value created by each characteristic. The graph of all the evaluations is the so-called value curve, which allows one to evaluate the average values of the market and to visualize the strengths and weaknesses of every possible alternative technology.

How to measure the performances of an aseptic line 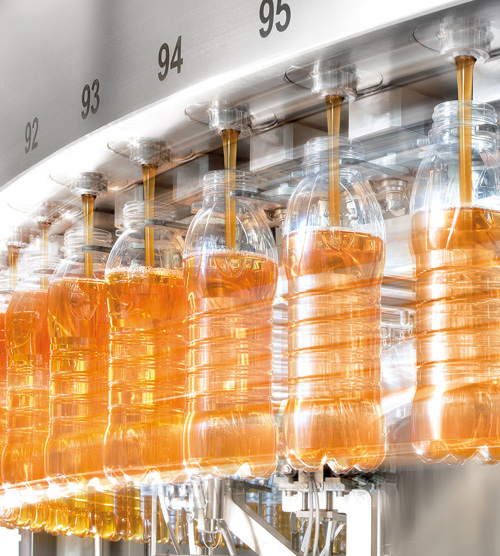