The rapidly increasing demand in recent years for contract manufacturing, particularly in the solid dose sector, has meant that contract manufacturing organisations (CMOs) need to have an even greater ability to cost-effectively produce a huge variety of products, even when they comprise challenging formulations. This requires equipment that combines very high flexibility with high productivity. GEA’s PERFORMA™ presses were able to achieve this goal for NextPharma’s centre of excellence in Germany.

Special containment areas are available for

NextPharma Göttingen has more than 40 years of experience in the production of solid dosage forms, with more than 20 years as a contract manufacturing and development organisation. The Göttingen site is a centre of excellence for any conventional solid forms manufactured and packed in the NextPharma group. The site was completely refurbished in 2007. Core competences include the manufacturing and packaging of granules, tablets, film coated tablets, hard gelatin capsules and effervescent tablets. Packaging in blister packs (PVC/PVDC/PP/COC/Aclar/ALU-ALU foils) and sachets is offered as well as the packaging of tablets or granules into glass or plastic bottles and chewable or effervescent tablets into tubes. Additionally, analytical and microbiological services are also provided.

Göttingen is also the main location for the company’s clinical trials services. NextPharma has a commercial manufacturing capacity with an annual volume of 1100 million tablets plus 700 million film-coated tablets and 150 million effervescent tablets. Various tablet presses with different compression technologies are used — from a variety of manufacturers — that are best adapted to the different formulations. Tablet sizes ranging from EU-BB and EU-B to EU-D format tools and special technologies are used for moisture-sensitive effervescents and will, in the near future, be used for double layer tablets. Four GEA tablet presses are in use at the NextPharma site: two R-190s and two PERFORMA™ machines.

GEA tablet presses have been produced in Halle, Belgium for more than 100 years and are used in many industries, including nuclear, coffee, detergent and high-tech ceramics; but, the majority are used in the pharmaceutical industry. GEA presses range from the highly reliable ‘R’ series to the PERFORMA™ range, offering the highest number of compression stations in any single-sided rotary press on the market. The MODUL™ range provides unbeaten capabilities for the production of potent materials as well as fast changeover speeds. All GEA presses offer the unique air compensator concept, which can be applied on both pre- and main compression. They have the ability to run difficult formulations at high production rates and still achieve excellent tablet quality.

The first GEA™ R-190 press,was acquired in 2008 from one of NextPharma’s sister companies and installed in the Göttingen facility. Based on the ability of this press to run some difficult formulations (such as paracetamol formulations) up to three times faster than the existing conventional presses, and its extremely high reliability, a second R-190 was purchased. As a result of increasing demand for tablet compression capacity and, based on the positive experiences in 2010, two PERFORMA™ P presses were brought to Göttingen. Although the R-190 presses are mainly used for the routine production of high volume products, the PERFORMA™ presses are often used for formulations that are particularly difficult to compress.

The PERFORMA™ series, consisting of the PERFORMA™ P and S, is based on GEA’s flagship product, the MODUL® range, and takes into consideration that very high changeover speeds or containment for handling potent APIs is not always required. The PERFORMA™ presses can be equipped with exchangeable turrets or with GEA’s unique exchangeable die disc. The latter enables product changeovers in less than an hour, combined with the possibility of mounting up to 50 compression stations on a single-sided press, resulting in a (theoretical) performance of up to 405,000 tablets per hour. No other single sided press on the market can achieve this performance. And, because of GEA’s unique air compensator technology, it is usually possible to run the press at high speeds, even with difficult formulations.

In addition, PERFORMA™ presses can be equipped with a Dual Control System, allowing independent control of tablet weight and tablet hardness. The PERFORMA™ P can also be equipped with a special turret that enables the production of bilayer tablets without needing a double-sided machine. 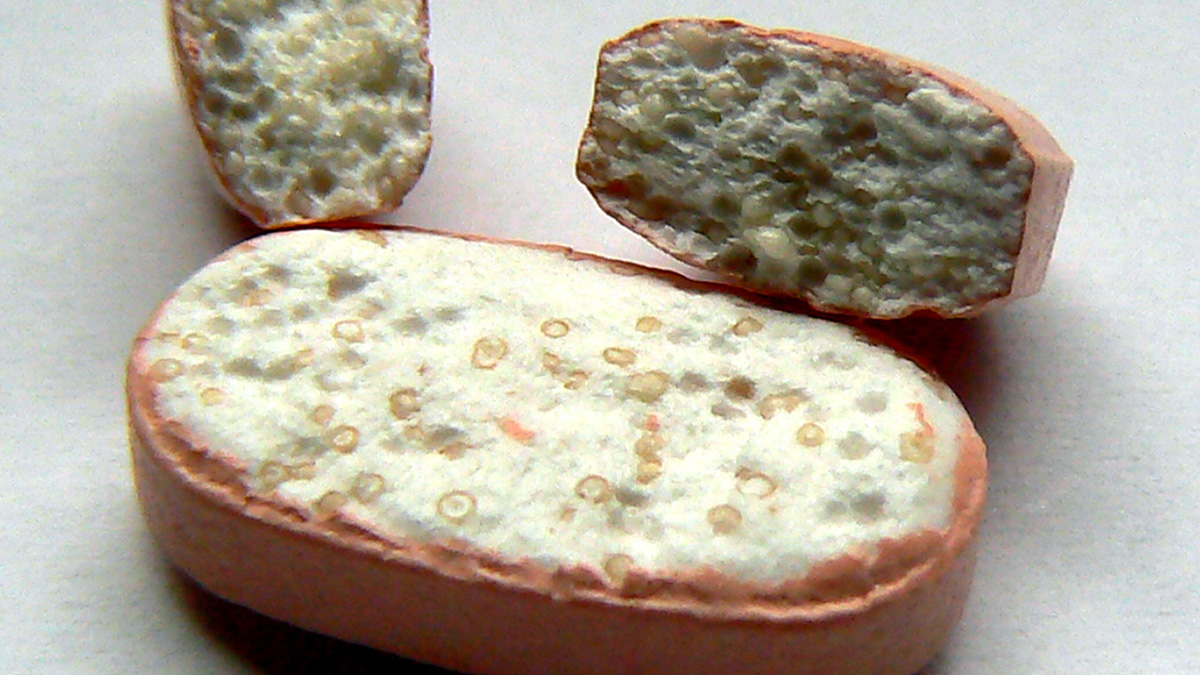 Dr Georg Althaus is the manager of production and development at NextPharma, Göttingen. As an example, he explained how important it was to be able to produce MUPS tablets and to mass-produce products such as paracetamol, which have a tendency to cap with conventional presses, even at moderate speeds. “The elongated dwell time of the machine reduces the tendency of tablet capping as a result of the longer degassing time,” he said. “Also, the compression of pressure-sensitive formulations such as gastro-resistant film-coated pellets into tablets is possible without excessively degrading the pellet coatings.”

The CMO market has shown an AAGR (average annual growth rate) of 9% in recent years, reaching a total of $47.6 billion in 2012. The market for solid dosage forms, in particular, reached as much as 12% AAGR during the same period. At the same time, the number of active companies, especially in emerging countries such as India or China, has increased significantly. Now, more than ever, it is important for these organisations to demonstrate high productivity and flexibility for customers across their services.