The International Diabetes Federation (IDF) estimates that by 2030 there will be in excess of 550 million diabetics — or 10% of all the adults on the planet. World Health Organization figures suggest that, by then, diabetes deaths will have increased by two thirds.

The International Diabetes Federation (IDF) estimates that by 2030 there will be in excess of 550 million diabetics — or 10% of all the adults on the planet. World Health Organization figures suggest that, by then, diabetes deaths will have increased by two thirds.

But diabetes is not only serious. It is also ruinously expensive. The cost of treating diabetes worldwide in 2011 was an astonishing $465 billion according to the IDF — or 11% of total global healthcare spending. In the UK, the number of prescriptions for treating the disease rose by 50% between 2006 and 2012, and Barbara Young, Chief Executive of Diabetes UK, recently warned that “we face the real possibility of diabetes bankrupting the National Health Service within a generation.”

Diabetes is a group of incurable diseases in which the sufferer has high levels of blood sugar as a result of disruption to the production, in the pancreas, of the hormone insulin. There are two main types of human diabetes. In Type 1, the body either does not produce insulin at all, or produces it in wholly inadequate quantities. This type is often inherited and/or genetic. In Type 2, insufficient insulin is produced, or the body’s cells fail to use it properly. Type 2 diabetes is largely the result of lifestyle factors — and it accounts for 90% of all cases.

Diabetes has traditionally been viewed as a disease of affluence. In most rich countries, it is the fourth or fifth leading cause of death. However, 80% of diabetics actually live in countries that are classified by the World Bank as low- or middle-income: and, worryingly, an estimated 183 million people — or 50% of the global total — are unaware of the fact that they even have the disease. In Africa, 80% of diabetics are undiagnosed.

It is from these poorer countries that the bulk of the epidemic increase will come as people live longer and, as a result of rapidly increasing urbanization, eat higher calorie diets while doing less physical activity. Yet the health systems in many of these impacted countries are not currently equipped to meet the rising demand. Perhaps unsurprisingly, it is the world’s biggest countries that have the most diabetics. Today’s top three — China, India and the USA — are also forecast to be the top three in 2030. But the prevalence of diabetes — the proportion of a population that has the disease — paints a very different picture. Four of the top ten are Pacific island states: the other six are all in the Middle East, and the only change during the next 20 years is predicted to be the order in which they appear. Around 20% of people in the Middle East are diabetic. Yet, until late last year, there was no insulin manufacturing anywhere in the region.

Injections of insulin are the main form of treatment for Type 1 diabetes, where they are life-saving. They are also often required in the later stages of Type 2 of the illness. Synthetic insulin has been available since 1921 as a result of Nobel Prize-winning work by a group of Canadian scientists. And, until the 1970s, clinical insulin was mainly derived from the pancreases of cows and pigs as insulin from these sources is almost identical to that of humans. However in 1982, the first biosynthetic ‘human’ insulin was produced using genetic engineering techniques and recombinant DNA (r-DNA) technology. In simple terms, this involves actual human DNA being inserted into host cells, often E. coli bacteria or bakers’ yeast cells. The hosts are then allowed to grow and reproduce normally and, owing to the inserted human DNA, produce a synthetic version of human insulin.

This is the process being used at the brand new, state-of-the-art manufacturing plant built by Julphar (Gulf Pharmaceutical Industries) in the United Arab Emirate of Ras Al Khaimah. Representing an investment of more than $135 million, this 20,000 square meter plant is one of the largest insulin production facilities in the world and will manufacture 1500 kg of product a year.

GEA, which supplies specialist process systems for the pharmaceutical and biotechnology industries, was first approached by Julphar to work on the project in 2006. During the next 5 years, the company was responsible for the planning, engineering, delivery and commissioning of the entire sterile pharmaceutical production system. The plant has 5000 square meters of clean rooms and more than 17 km of clean pipework. The GEA package also included managing the process integration of all the main manufacturing elements such as fermentation, harvesting, chromatography, filtration and freeze drying.

GEA was also closely involved in the project; its centrifugal technology is central to the production process. The five separators installed at Ras Al Khaimah are used to recover the E. coli bacteria from the fermentation broth, purify the output and concentrate the insulin crystals following their precipitation. The Julphar plant, commissioned in 2012, can be seen as part of a new wave.

Until very recently, more than 90% of the world’s insulin was produced by just three European and American pharmaceutical companies, with the Danish firm Novo Nordisk at one time accounting for around half of global supply. But with ever-increasing demand, increasing supply will surely follow. A global insulin market worth almost $12.5 billion in 2011 was forecast by Transparency Market Research in the US to reach more than $32 billion by 2018. Companies in India and China are already manufacturing insulin for domestic markets and export. So where next? Diabetes isn’t going away and can’t be cured. But it can be treated — which presents both a human need and a market opportunity. 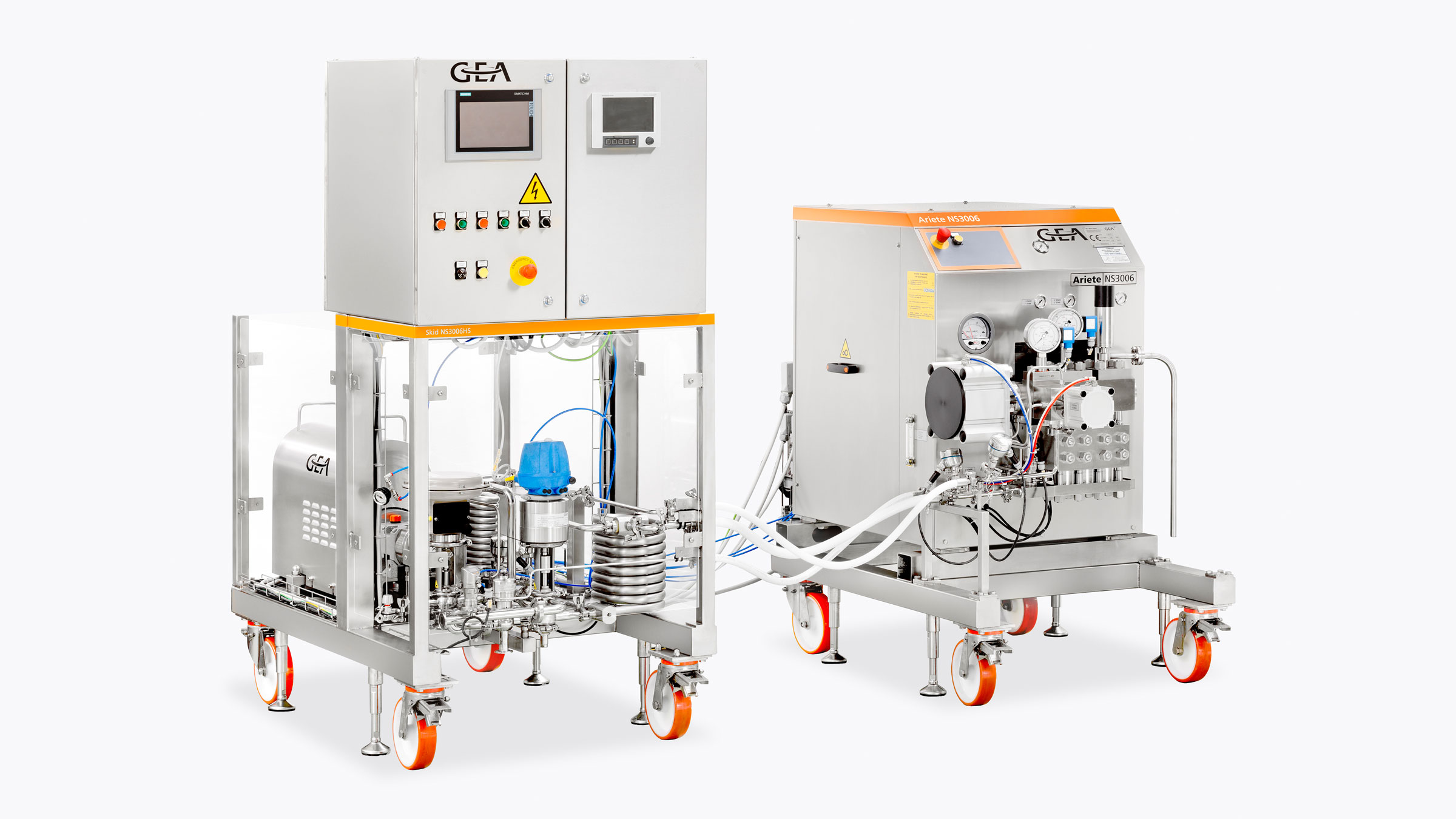 Manufacturing biosynthetic human insulin involves fermenting cells and then separating them in a high speed centrifuge. The cells then need to be ruptured. GEA’s very high pressure homogenizers offer a quick and effective method of disrupting the cells that can be reproduced on an industrial scale. The pressure can be varied to achieve the right degree of cell rupture and the equipment can be sterilized without being disassembled.

Insulin is a hormone that is an important part of the process by which living organisms convert food into glucose — the sugar that cells and bodies use as energy for movement, growth and repair. All animals need it — except for certain insects — and its action is almost identical in creatures as different as nematode worms and humans.