"We restored a lot of trust in the capital market, which resulted in a more than 30 percent increase in the share price of your company during the year under review."

Performance of GEA shares in the capital markets

Despite a market environment that continues to be compromised by trade barriers, GEA’s share-price performance was very positive in 2019. The fact that the share performed better in the second half of the year than in the first was a reflection of a return of confidence in GEA’s management. With a gain of 31 percent, the performance of the GEA Group Aktiengesellschaft share reflected the trend in Germany’s MDAX (+31.2 percent), while almost matching the performance of the STOXX® Europe TMI Industrial Engineering benchmark (+35.7 percent). On February 8, 2019, GEA shares reached EUR 19.47 – the lowest point of the year. The share price peaked at EUR 30.15 on December 23. At the end of the year, the share was quoted at EUR 29.48.

In 2019, as in previous years, GEA performed regular analyses of its shareholder structure; the most recent identified 96.4 percent of all shares outstanding. It was established that institutional investors held more than 80 percent of all shares, with investors from the UK and the U.S. accounting for a good two-thirds. 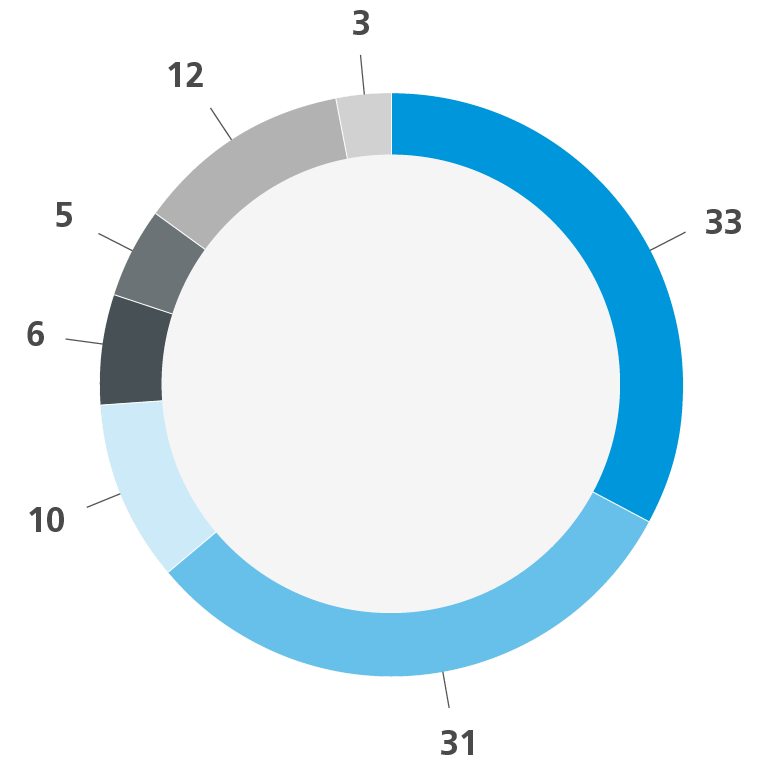 Based on 96.4% of identified shares 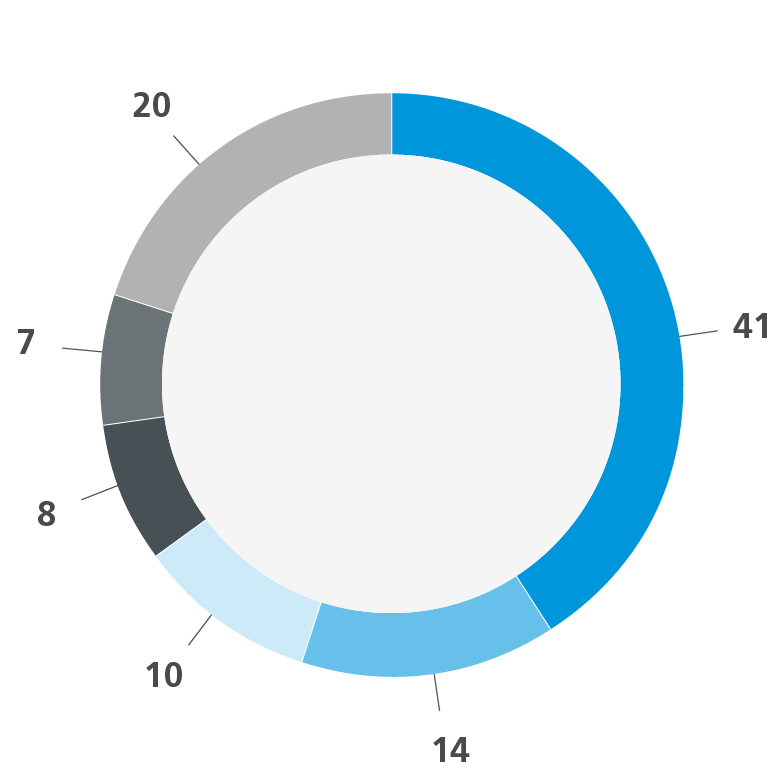 *Growth at a reasonable price
Based on 96.4% of identified shares

GEA engages in regular dialog with capital market players in addition to quarterly financial reporting. GEA kept in close contact with investors in 2019 by participating in three investor conferences and hosting 16 roadshows – some of which were attended by the company’s CEO and CFO. GEA held more than 200 one-on-one meetings at these events. A capital markets day in London in September 2019 saw the Executive Board inform attendees about strategic initiatives and present the latest medium-term forecasts up to the year 2022.

Rating agencies assess the ability of a company to honor its financial obligations. Through regular meetings with a company’s management and financial department, and by conducting their own extensive analyses, the agencies are able to arrive at an individual score or rating for the organization. These ratings serve as evidence of the company’s creditworthiness to existing and potential debt capital providers.

For many years now, the international agencies Moody’s and Fitch have been rating the financial standing of GEA Group Aktiengesellschaft. In the 2019 fiscal year, Fitch upheld its assessment of GEA Group Aktiengesellschaft’s creditworthiness. Moody’s, however, reduced its outlook to "negative," while maintaining the investment grade rating (Baa2).

The ratings enable GEA to raise funding by utilizing various debt instruments available on the international financial markets. This highlights how important it is for GEA to maintain its investment grade rating and continue to optimize its financial results going forward.

In total, GEA has credit lines in the amount of EUR 1,133.7 million, of which EUR 324.3 million had been utilized as of the balance sheet date. Further information on the credit lines and their utilization can be found in note 3 to the consolidated financial statements beginning on page 201 ff.